Now PlayingDown, but Not Out: Trump’s Legal Team Gears Up to Fight in Four Battleground States

Two days after Election Day and the outcome is still undecided as numerous states are still counting the votes. In the race for the White House, Joe Biden is closer to the 270 electoral votes needed to win, but this race is far from over.

President Trump is down, but not out, with a much tighter path to victory. The Trump campaign is now contesting vote counts in four battleground states.

For now, all eyes are on the count in the key states of Arizona, Pennsylvania, Georgia, Nevada, and North Carolina, as the nation holds its collective breath to see who wins the race for the White House.Related

AZ Vote Tally Shifting Back Toward Trump, Even CNN Admits Fox News Called the Race Too Soon for Biden

Biden got closer last night with projections that he’ll win Michigan and Wisconsin, putting the Democrat challenger’s electoral tally at 253 to Trump’s 214. 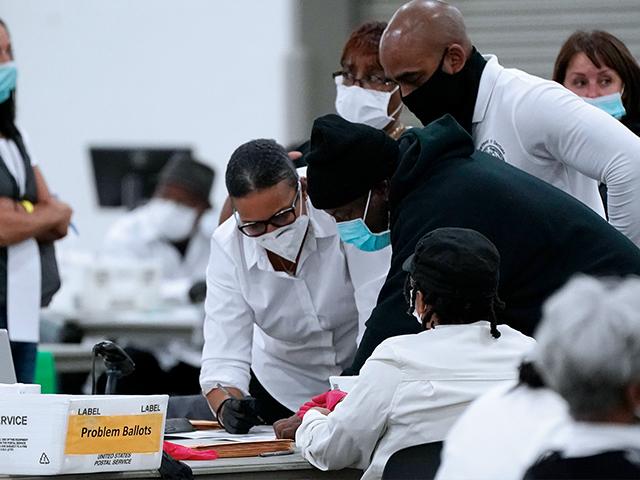 Election officials huddle around a table as absentee ballots are processed at the central counting board, Wednesday, Nov. 4, 2020, in Detroit. (AP Photo/Carlos Osorio)

“I’m not here to declare that we’ve won, but I am here to report when the count is finished, we believe we will be the winners,” former vice president Joe Biden said Wednesday night.

The Trump campaign believes it still has a chance. The president would have to win either Arizona or Nevada and still sweep Georgia, Pennsylvania, and North Carolina.

While the counting continues, the president’s team filed lawsuits in Pennsylvania, Michigan, and Georgia, laying the groundwork for contesting election results in battleground states. But judges in Georgia and Michigan quickly dismissed Trump campaign lawsuits Thursday.

In Pennsylvania, the president is leading Biden, but with large amounts of mail-in ballots yet to be counted, the Trump campaign is seeking to halt the counting of ballots that arrived after Election Day, claiming it has not been given proper access to observe the process.

“Not a single Republican has been able to look at any one of these mail ballots,” claimed Rudy Giuliani, former mayor of New York City and currently part of Trump’s legal team.

The Trump team is also calling for a recount in Wisconsin where Biden’s margin of victory was a slim 20,000 votes out of 3.3 million.

In Michigan, Trump supporters have been protesting at vote-counting centers in Detroit over similar claims. Michigan’s attorney general insists both parties have access to the counting process. 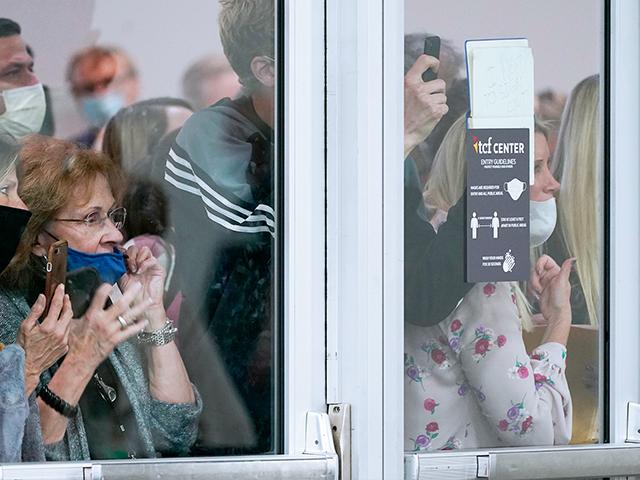 Election challengers look through the doors of the central counting board, Wednesday, Nov. 4, 2020, in Detroit. Officials were attempting to keep additional challengers from entering due to overcrowding. (AP Photo/Carlos Osorio)

Meanwhile, Republicans look poised to hold the Senate, even as Michigan’s Democratic Sen. Gary Peters has been declared the winner there.

Overnight, as votes continued to trickle in, the scene devolved into rioting in Portland, Oregon, as the National Guard was called out to stop widespread violence and destruction by protesters.

At least 11 people were arrested as authorities in the city said the protests had turned into a riot. Trump Re-election: Did the Prophets Get It Wrong? – Sid Roth, It’s Supernatural