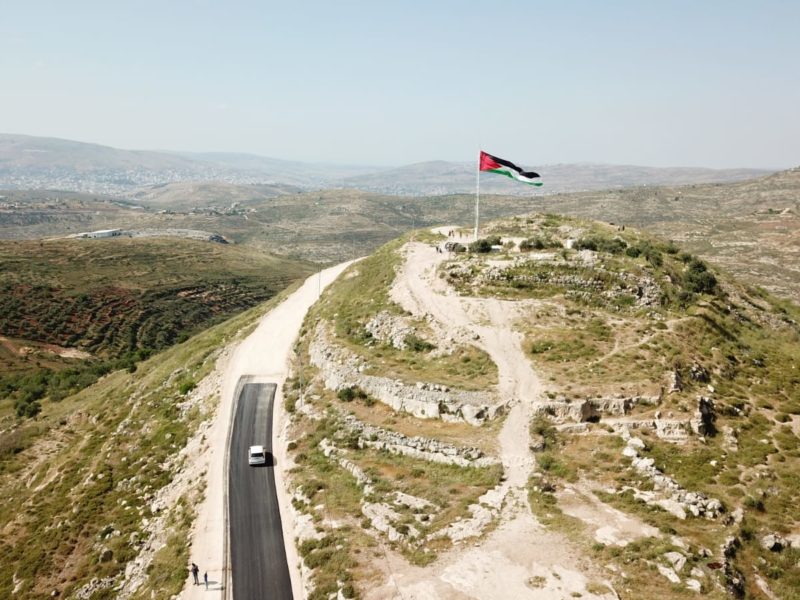 Hundreds of Israeli and Jewish heritage and archeology sites in Judea and Samaria would be removed from Israeli control and transferred to the PA, according to a map released by the Israeli daily Yediot Ahronot on Tuesday delineating Israel’s borders as planned by Trump’s plan.

Organizations campaigning for Israeli control of these sites have voiced concerns that Trump’s pending plan will “accelerate the already-rampant takeover, the re-interpretation and misappropriation of historic sites by the PA, and the already-tragic pattern of purposeful neglect by the PA that will facilitate even further looting and destruction of these priceless sites and artifacts.”

The Knesset’s Foreign Affairs and Defense Committee was slated to hold a hearing on this issue on Tuesday, where a comprehensive list of endangered sites will be presented.

The hearing will examine the steps taken by the Israeli government to combat the PA’s takeover of Area C, areas in Judea and Samaria under full Israeli control under the Oslo Accords.

There are some 6,000 sites of historical and archaeological importance in Judea and Samaria that are recognized by the scientific community, but only some 2,300 have been officially declared protected archaeological sites.

Following the publication of Trump’s Deal of the Century earlier this year, Shomrin Al Hanetzach, (Preserving the Eternal), a project dedicated to the preservation of the archaeological treasures situated throughout Judea and Samaria, conducted a survey for the Shiloh Policy Forum of 365 major antiquities sites that are important physical testimony to Israel’s national heritage.

Of the 365 sites surveyed, 258 are located in Area C. According to the conceptual maps released with the Trump Plan, some 30% of these sites will be part of the future Palestinian state, and 135 heritage sites currently under Israeli control will be reassigned to PA jurisdiction.

In general, the majority of antiquities sites in Judea and Samaria suffer from constant vandalism and looting, with an understaffed and underfunded department of the Civilian Administration responsible for law enforcement and prevention measures.

In addition, the PA has recently stepped up its activities to re-write and re-define the history of these sites, turning them into “Palestinian heritage sites” and erasing or obscuring their Jewish history, while curtailing access to the sites for Israeli tourists, archaeologists and other visitors.

“There is good reason for concern that these trends will be exacerbated, causing further erasure of history and the physical record of the Jewish connection to the Land of Israel in the archeology sites that Israel is slated to abandon,” the Regavim Movement, an organization dedicated to protecting Israel’s resources and land, stated.

“Unfortunately, in the last 20 years, the State of Israel has not maintained its heritage sites,” says Etan Melet, Field Coordinator for the Shomrin Al Hanetzach Project.

“Priceless archaeological sites have been neglected by the government and have been relegated to a very disrespectful place in the list of national priorities. 4,000 years of history should be given far more respect,” he demanded, calling on decision-makers to “give their full attention to our national heritage sites and take whatever steps are necessary to maintain them.”

Meir Deutsch, Director General of Regavim, added that “the Oslo Accords’ stipulations on preservation of and access to these world heritage treasures have failed completely.”

“The coordination mechanism never got off the ground, and antiquities sites have been subjected to incessant looting that has damaged them to the point that in many cases there is nothing left for archaeologists to examine or document, not to mention preserve,” he stated, while warning that “many more sites are on the verge of being lost forever to the scientific community, and other major sites have been targeted by the PA’s for takeover and ‘repurposing’ as ‘Palestinian heritage sites’.” SLAMMING Israel With 211 Pages of Lies? *Disqualified* – The Israel Guys Rabbis Agree: Kneel Before No one Except God and Today’s Top Stories – Breaking Israel News