Think About It. Again – “No Names” by Steve Martin
July 6, 2019
While searching for a previous message I had written, to share with friends of mine, I came across this Now Think About It from September 1, 2014, entitled No Names. And then I got to thinking, “How many who currently are readers of my messages have seen my most recent ones but don’t know about the other 436 that I started writing 10 years ago?”
I think there may be yet a few left in the world’s population who would fit in that category. And you just may be one of them.
So, here is one I selected to kick off a new series of mine which I am calling “Think About It. Again”. It just might be an encouragement for you today, yet written from back then, especially if you are from New York City. 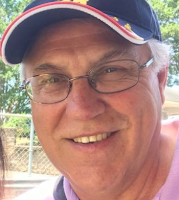 Think about it. Again.
Or for the first time.

No Names
– Now Think On This
by Steve Martin

“In the daytime (for there will be no night there) its gates will never be closed; and they will bring the glory and the honor of the nations into it; and nothing unclean, and no one who practices abomination and lying, shall ever come into it, but only those whose names are written in the Lamb’s book of life.” Rev. 21:25-27 NASU

It had been almost two months since I had written a NOW THINK ON THIS article. In fact, when I started writing this one I didn’t even have a title, so I just started out calling it “No Name.” Come to find out that is what it ended up being, in plurality though.


Over this period of summertime, from mid-July to the first day of September, the days had been long as time moved forward. During those days, my wife’s Mom, Lorraine, had passed on at the age of 92 to her eternal reward. Other than that, it seemed nothing significant had occurred that directly affected our immediate lives here in North Carolina, or so one might think.

Almost daily newscasts reported on Israel protecting her citizens and eliminating some Hamas terrorists in Gaza (though you had to get news from Israel itself to get it reported accurately); Russia seemed to be lying about its involvement in Ukraine; and the USA continued on its downward path socially and economically, that a good portion of its citizens haven’t eyes to see. Only our Lord has the complete wisdom and understanding as to what it all means, where it is going, and how exactly this age will be fulfilled in His plans and purposes.

Through all of this, many well-known people have been spoken of or written about. In considering those names whom the world highlights, with their feats of glory in government, sports, education, entertainment, religion or science, it makes me think of the millions whom we never hear about, who live or had lived “normal” lives, rarely seen or heard outside their immediate family and friends, and yet whom the Lord considers as friends for the relationship they have (or had before their passing) with Him.

My wife Laurie likes to read the daily obituaries printed in the Charlotte Observerdelivered to our home. I have questioned her interest in this a few times, thinking of it personally as a waste of time, to read of the deaths of those in our city and nearby towns. But then again, as we value the lives of those the Lord has created, these “no names” in my life are among the many who have impacted the lives of kin, workplaces, and realms they walked in while living. Hopefully, many of them lived the life their Creator had intended – to be fruitful, multiply, and demonstrate His love. Hopefully, they knew the Lord Jesus as their personal Savior and Lord, and now also abide with Him. Time will tell us. By now they know for themselves.


Looking back over 60 years of life, I believe I treasured the desire in my heart, of wanting to make my life count, of hearing what the Lord had created for me to do, and then doing it. He has certainly taken me down many roads, both physically and spiritually, that I would not have expected. I also believe that when the roll is called up yonder and the Book of Life is opened, that the life led here on planet Earth will have had an impact beyond what my natural eyes have seen. I too would hope that the ripple effect of obedience will have touched others enough to have caused them to look to the One seated on the throne, for faith, hope, and love.

Many “no names” are doing what they know to do – in serving the needs of those around them; raising families in an environment hostile against Scriptural marriages; working a noble job the best they know how; and giving to their fellow mankind a part of the Father’s heart – doing so while living their daily life. We may never hear their name broadcast on the local or national news, printed in the town newspaper or going viral on the social media, but He Who is All-Knowing knows their name and is ready to give them their reward at that appointed time.


I may not start reading the obituaries, but next time I do hear of someone “famous” dying and their feats glorified, I will think of the many who also left their body here that day, unreported by most accounts, and whom the majority of us will never hear about. But when I meet them in heaven, where true eternal deeds will be revealed, having passed through the testing fire, I will marvel at the impact they certainly had, doing what they were gifted to do. They certainly will be honored and cherished more than what they ever dreamed of, as they stand before the Lamb, the King of kings, the Lord of lords, the Lion of the tribe of Judah, and their names in the Book of Life are called off. The “no names” will have shared His Name.

“Then I looked, and there was the Lamb standing on Mount Tziyon; and with him were 144,000 who had his name and his Father’s name written on their foreheads.” Rev. 14:1-2 Complete Jewish Bible