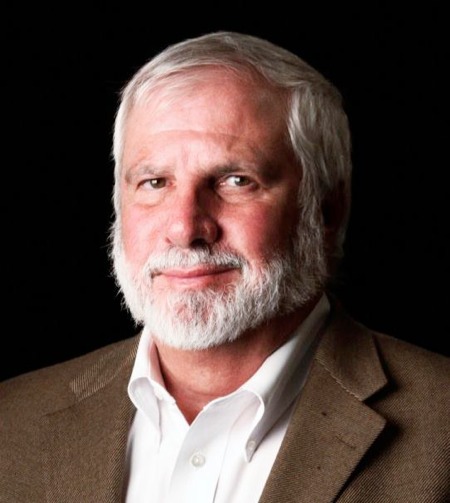 “Champions – Prepare for the Captain’s Call”

Rick Joyner  The Elijah List
Jul 4, 2019
From the Desk of Steve Shultz:

Rick Joyner is a highly respected voice not only in the Body of Christ but also in other mountains of influence.
Rick has a prolific dream here about God’s champions:
It was also apparent in this dream that the resolute focus of these champions did not happen overnight. Their life was one of preparation for this time. These were the soldiers who could be ready when the King called on them because they were not overly caught up in everyday affairs. They did not allow temporal things to eclipse the eternal purposes of God in their lives. They will be ready when the Captain calls them, and that will be soon.
Now read the rest of this encouraging word by Rick Joyner as God is calling on YOU! (To Subscribe to the Elijah List subscribe here.)
Watch our Elijah Streams broadcast at: ELIJAHSTREAMS.com.
Your donations truly help us keep these emails free for you. Donate at:

“Champions – Prepare for the Captain’s Call”
Rick Joyner, Fort Mill, SC
In the first part of a dream I was given, about the coming Second American Revolutionary/Civil War, great champions were released to go after specific evil strongholds. It was their work that enabled this coming revolutionary/civil war to be “successful.” For this reason, we need to understand who these people are and how they will confront the evil strongholds of this time.
The word “champion” often brings thoughts of fit and strong athletes, but few of the ones in this dream were the athletic type. They were all ages, sexes, and types. I’m nearly 70 and I was not the oldest one there. I did not see any that physically looked like a warrior, but they all did in their demeanor. None were novices—they were experienced and battle-hardened with an uncommon focus, resolve, and courage.
What Prevents You from Being a Champion? 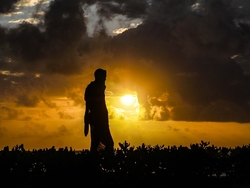 I don’t think there is anything that can prevent any Christian from being one of these champions of the faith if they are serious, resolute disciples of Christ. What prevents you from being one of these champions? Do you think you’re too old? Abraham was too old when he was called, yet he became “the father of faith.” Moses was 80 when he started his ministry. We are told that we have “a better covenant,” so we should be able to do better than he did. (Photo via Pixabay)
I think there are only two things that can keep any serious disciple of Christ from being one of these champions: 1) they are too busy with the affairs of this life, or 2), like the ten spies that opposed Joshua and Caleb, they are more focused on how small they are rather than how big God is.
Prepared for the Captain’s Call
It was also apparent in this dream that the resolute focus of these champions did not happen overnight. Their life was one of preparation for this time.
These were the soldiers who could be ready when the King called on them because they were not overly caught up in everyday affairs. They did not allow temporal things to eclipse the eternal purposes of God in their lives.
They will be ready when the Captain calls them, and that will be soon. 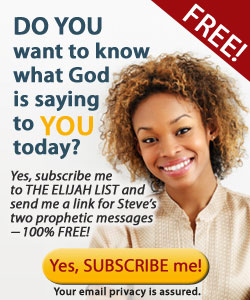 These champions were especially prepared for what they were about to do, but as they went forth, companies of people began to follow them. Even if we are not called to be a leader in a fight against these evil strongholds, we may be part of the company that goes after them. There are many who have been prepared to hear the sound of the trumpet call and will respond.
It’s Our Turn to Engage in the Fight
When I was in the Navy, we each had a specific job to do or a duty station. If the ship was torpedoed, bombed, or suffered any kind of emergency, everyone became a part of the damage control teams. The obvious reason was that if the ship sank, all of our jobs would be gone, so dealing with the crisis became everyone’s job. Our ship of state is now facing some of the biggest crises in our history, with attacks coming from within and without. Our ship of state is in danger of sinking, and almost everything we consider precious is being threatened. Therefore, getting engaged in this fight must become the main priority of all. 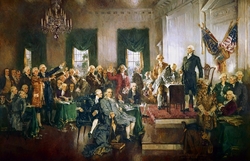 It is going to take the same kind of resolve and willingness to sacrifice to save our country that it took to found it. Our Founders risked their lives, their fortunes, and their sacred honor to give us the freedoms we have been so blessed with. Many gave their lives and their fortunes for our benefit, but they are numbered among those who will always be honored. Now it is our turn to preserve what so many paid such a high price for so that this republic is not lost on our watch. (Photo via Wikimedia Commons)
Get Ready to Mobilize
For the coming times, the most important call going out will be to disciples of Christ. We must each find our place in the great spiritual force that is being gathered. Then we must be taught, trained, equipped, and deployed. This organization will become more defined, as well as the champions called to lead it. As this transformation takes place, those who will engage in the great battles of our time will not choose where they go to church based on superficial things like if they like the preacher, the worship, the children’s ministry, etc. Rather, they will gather with those they are called to fight within the great battles of our time. Effective spiritual warfare will become that important.
Again, as we see in Ecclesiastes 3, there is a time for peace and a time for war. During peace, the people will have a peaceful demeanor, but during war, there is a seriousness and a fierceness that comes over all. In this life, we have always been in the most serious war of all—one for the souls of men. As the battle to save our republic unfolds, a new awareness of the battle for the souls of the people will become clear to the awakened. All of this is working to prepare the greatest spiritual force in history for the ultimate battle of the ages.
Rick Joyner
MorningStar Ministries
Email: info@morningstarministries.org
Website: www.morningstarministries.org
Rick Joyner is the founder and executive director of MorningStar Ministries and Heritage International Ministries and is the Senior Pastor of MorningStar Fellowship Church. He is the author of more than forty books, including The Final Quest, A Prophetic History, and Church History. He is also the president of The OAK Initiative, an interdenominational movement that is mobilizing thousands of Christians to be engaged in the great issues of our times, being the salt and light that they are called to be. Rick and his wife, Julie, have five children: Anna, Aaryn, Amber, Ben, and Sam.
To receive more words like this in YOUR inbox, subscribe FREE to the Elijah List at this link https://elijahlist.com/subscribe.
Love For His People, Inc. founded in 2010 by Steve & Laurie Martin. Charlotte, NC USA