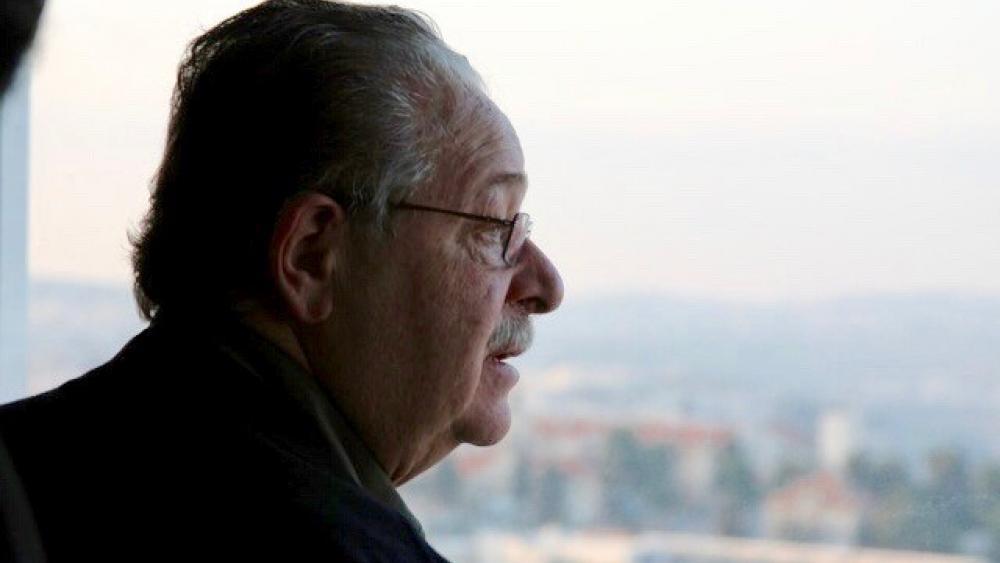 Photograph courtesy of Alpha & Omega Photography, Inc. @mmoserphotography.com
Strategic Prayer Warrior, Messianic Leader in Jerusalem Dies at 75
06-29-2019
CBN News Julie Stahl
“For Zion’s sake I will not keep silent, for Jerusalem’s sake I will not remain quiet,” (Isaiah 62:1).  That’s the verse that most typified the life of Eliyahu Ben Haim, his wife Hanna said of her late husband.
Eliyahu (Elijah in English) Ben Haim, chairman of Intercessors for Israel (IFI), went to be with the Lord last Saturday evening.  In 1985, he was handed the reins of IFI and had directed the Jerusalem-based organization since then urging prayer at home and abroad for the sake of Zion — Israel; and distributing weekly prayer points to inform and guide.
Ben Haim immigrated to Israel in 1969.  He returned to settle here with his family in 1984.
“Eliyahu did what God wanted him to do.  He started traveling, speaking about Israel and the Jewish people returning to their Land. Many people opposed him,” said David Antrosio, who delivered the eulogy at Ben Haim’s funeral in Jerusalem. Antrosio was Ben Haim’s first pastor 45 years ago in Montana.
“Literally thousands of people have heard what God is doing for Israel, restoring Israel and the Jewish people,” said Antrosio. “Some of you have even been encouraged to make Aliyah (immigrate to Israel) by Eliyahu.  Thousands of people are now praying for Israel because of Eliyahu.”
For decades, IFI hosted an annual prayer conference in Jerusalem (as well as elsewhere in the world) and tour in Israel to pray and encourage prayer on behalf of the Jewish people and State of Israel as the fulfillment of God’s prophetic Word and led “prayer teams to strategic places to defend Israel among the nations,” IFI’s website said.
At this year’s conference in January, Ben Haim spoke about “Strategic Intercession” and how the answers to our prayers don’t always come at the time or in the way we expect.
“Our intercession does make a difference,” Ben Haim said. “Our concentration needs to be not us but Him. Our intercession is real.  God desires it and it makes a difference in the world and in the Kingdom of God.”
He said praying for people and groups of people and the church is intercession but there’s a difference with strategic intercession.
“Strategic intercession is praying God’s will expressed in his Word into being. It’s praying for nations and for peoples and for God’s prophetic purposes to be accomplished,” he said.
“I prayed at least 15 years for the United States to move its embassy to Jerusalem and now it’s right across the street from my house. That’s something I never expected and never wanted. I’m talking about it being across the street!” he said.
One local believer who asked not to be named told CBN News how important Ben Haim’s messages were to her at the prayer conferences.
“I loved his perspective, I loved his insight, his wisdom.  He had a handle on politics.  He had a biblical perspective of politics and you always came away being more informed and because it was a prayer conference you were more informed about how to pray and he gave you direction for that as well.
“Sometimes he came off as a little bit of a tough guy. He was not a tough guy.  He was a teddy bear.  He was the most kind person you would ever meet.  Really cared for other people. Mercy and grace (were) second nature to him,” she said.
In addition to his work with IFI, he was also on the board of Ebenezer, Operation Exodus, traveling around the world to practically raise support for the fulfillment of prophecy: the return of the Jewish people to the Land of Israel.
At his funeral, his daughter Rachel, described her dad the man behind the strong leader.  She said it was his nature to help widows, orphans, the weak and overlooked.
“In 1985, when I was seven, there was a man who came and stayed with us every two weeks over the course of several months because he was taking medical treatment at the nearby hospital.
“A couple of months ago, I asked my mother about this unusual memory.  She told me that the man had had AIDS and my father was the only one who would open his house to him. When my mother questioned him about it he said he couldn’t leave a man in need on the street,” she said.
Following a very successful prayer conference in Scotland in June, Ben Haim was diagnosed with “necrotizing fasciitis” commonly known as “flesh-eating disease” — a rare and virulent bacteria.  Ten days earlier doctors had amputated his leg in an attempt to save his life.  Though he was improving and his family and friends had hope for his recovery, a heart attack took his life while he was still in Scotland.
Ben Haim will be sorely missed by his widow, children, grandchildren and friends, and the Body of Messiah in Israel and worldwide.  But as one congregation here said in its announcement of his passing: “Eliyahu has fought the good fight and glorified God in all his ways until the end.”