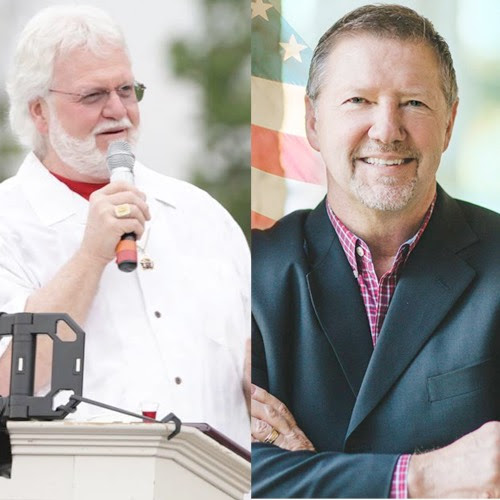 Whenever Dutch Sheets or Chuck Pierce speak, I listen…and I listen intently.
This is a powerful word the Lord gave through Chuck Pierce and also includes amazing prayer points from Dutch Sheets.
God is moving in our nation…and HE has NOT forgotten us or His promises over America.
I encourage you to pray through this prophetic word and let’s agree and decree together in what both Dutch and Chuck are saying over our nation. (To Subscribe to the Elijah List subscribe here.)
Watch our Elijah Streams broadcast at: ELIJAHSTREAMS.com.
Your donations truly help us keep these emails free for you. Donate at:

“The Lord says, ‘I commission you to start walking the land, searching for the ancient paths. They will lead to the coming of the covenant plan.’ The Lord says, ‘I’m rallying the troops. I’m filling the quivers and I will have them ready when the time to advance in this land occurs. The months ahead are key.

“Watch, listen, get ready, for the unlocking in this land is coming. There will be a transfer of authority to My Kingdom people. The land will reform! The key belongs to you to bring the Kingdom down. Get ready! There is a key place, then 6 other places of covenant alignment in this land. One is in Kansas. One is in South Dakota.’

“I see Kentucky being set free. I see Georgia shaking. We say to Iowa, ‘The Lord is coming down to align with you. The occult structure will topple in Iowa.’ God is starting a move in His people that will not be stopped. ‘There is coming a new path,’ says the Lord. ‘It is ancient but has never been unlocked before. Watch. Have the key ready. I have ordained the time. It will be in the journey that is going on.’

“I see Plymouth Rock. The Lord says, ‘The timing of the unlocking is important. Once it has been done in My perfect timing, nothing can prevent the shaking of this land. This Passover began the unlocking of an ancient path that shakes the entire land called America.'” —spoken by Chuck Pierce

“But you are a chosen race, a royal priesthood, a holy nation, a people for His own possession, that you may proclaim the excellencies of Him who called you out of darkness into His marvelous light.” (1 Peter 2:9 ESV)

“I will give you the keys of the Kingdom of Heaven. Whatever you imprison, God will imprison. And whatever you set free, God will set free.” (Matthew 16:19 GWT)

Give Him 15 Minutes in Prayer:

• Seek a fresh revelation in your relationship with the Lord. Meditate on 1
Peter 2:9, if you struggle with this.

• If you live in one of the places Chuck mentions above, begin to intercede for Kingdom-unlocking strategies there. Connect with others in your region for this purpose.

• Pray for all 7 key locations be revealed to the Ekklesia.

• Don’t worry if your location is not mentioned. God will be advancing everywhere across America. The mentioned places are key places of unlocking. They must unlock for all of us to benefit, so intercede for those places and reap in your own location!

• See Dutch’s prayer below. Receive it for yourself and those you are connected with to expand God’s Kingdom in your area.

A prayer you can pray:

In the holy name of Yahweh, El Olam, Ancient of Days, Eternal God, we re-commission this movement called by numerous names. It is an apostolic movement, a prophetic movement, a prayer movement. We call it, “The awakened Church.” It is the awakened Ekklesia of Jesus Christ, Messiah, the Lord Sabaoth, the Lord of hosts.

In His name, we say, “Be commissioned now for the ancient paths. Reach back, put the glove on which represents Olam, the Ancient One, and take out giants in this land. Reestablish the covenant of the Lord over America and into the nations of the earth. You can’t do anything, but go forward now.”

Change is on the people of God. Lord, You initiated that. You have commissioned us by the apostles and prophets into the changes ahead. We say, “That curse that has ruled and stopped the move of God’s highway, you are now broken in Jesus’ name!” Amen.

The Ekklesia are being recommissioned to turn Kingdom keys in the keyholes of Heaven in God’s perfect timing. The nation will reform as God’s plan unfolds!

Dutch Sheets is an internationally recognized author, gifted teacher and conference speaker. He travels extensively, challenging Believers for passionate prayer and societal reformation. Seeing America experience a sweeping revival and return to its Godly heritage is Dutch’s greatest passion. He is a messenger of hope for America, encouraging Believers to contend for awakening.

Dutch has written over 23 books, many of which have been translated into over 30 languages. His international bestseller, Intercessory Prayer, has sold over 1 million copies worldwide. Dutch has pastored, taught in several colleges and seminaries, and served on the board of directors of numerous organizations. He is fondly known to many as Papa Dutch.

Treasuring time spent with their family and grandchildren. Dutch and Ceci, his wife of over 39 years, enjoy quiet walks in the woods, reading, and playing a little golf. They reside at the base of the beautiful Rocky Mountains.

Charles D. “Chuck” Pierce serves as President of Global Spheres, Inc. (GSI) in Corinth, Texas. This is an apostolic, prophetic ministry that is being used to gather and mobilize the worshiping Triumphant Reserve throughout the world.

Chuck also serves as President of Glory of Zion International Ministries, a ministry that aligns Jew and Gentile. He is known for his accurate prophetic gifting which helps direct nations, cities, churches, and individuals in understanding the times and seasons in which we live. Chuck and his wife, Pam, have six children and seven grandchildren. He has authored over 20 books, including the best-sellers Interpreting the Times, Redeeming the Time, and Time to Defeat the Devil.
*************************************