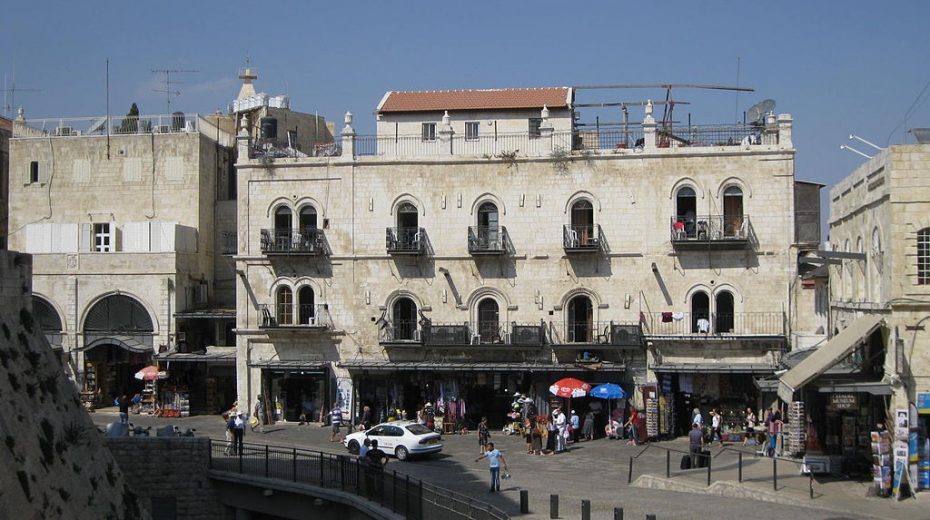 | Israel TODAY David Lazarus
Landmark ruling ends 14-year legal battle in which Orthodox Church claims it was swindled by Israeli Jews
Israel’s Supreme Court has ruled that the Greek Orthodox Church must honor the lease of its properties to Ateret Cohanim, an Israeli Jewish organization committed to creating a Jewish majority in Jerusalem’s Old City. (See in-depth IT story on Ateret Cohanim)
The prime church properties inside the popular Jaffa Gate entrance to the Old City were leased for 99 years in 2004 to Ateret Cohanim, also known as the Crown of Jerusalem.
The Greek Orthodox Patriarchate of Jerusalem, which owns the properties, fought the decision in court claiming that their finance director at the time was bribed by the Israelis into making the lease transaction. However, several Israeli courts ruled that the Church failed to provide enough evidence to support their accusations.
After the 14-year-long battle in lower courts, the Supreme Court of Israel has now ruled that the Greek Orthodox Church must honor the 99-year lease of three church properties it signed with the Ateret Cohanim organization in 2004. The choice properties include the Hotel Imperial and the nearby Petra Hotel, both historic landmarks in the heart of Jerusalem’s Christian Quarter opposite the David Citadel Museum and the protestant Christ Church.
The ruling on these significant properties will increase the Jewish presence in the Old City of Jerusalem.
In a statement, the Greek Orthodox Church said, “Our legal teams, in cooperation with experts in international law, are studying all the possibilities available to annul the deal to seize the properties at Jaffa Gate.” The church further alleged that the ruling “will have negative effects on the Christian presence in the Holy City” and said it will further challenge the “the unfair decision.”
“Fairness,” however, is not a legal requirement in a court of law and the Church must now comply, insuring the long-term sovereignty of the Jewish people over this significant piece of Jerusalem real estate.
Love For His People, Inc. founded in 2010 by Steve & Laurie Martin. Charlotte, NC USA