“America: You Will Not Fall! There Will Be NO Impeachment of the Man in God’s Hand!”
Charlie Shamp, Nashville, TN

I have come to know Charlie Shamp for awhile now and have found his prophetic words to be highly accurate.
This is a word of the Lord that Charlie received last November, and it really is a NOW word more than ever, even as Charlie shares here:
“They have said, ‘Impeachment is at hand, impeachment is our plan, impeach the man in God’s hand.’ They cry, ‘The prophets are false, there was no tsunami wave,’ but I say, ‘Is there not stillness before the great wave comes ashore? Is there not silence before it breaks and crashes in? Do not the waters recede so that all that is hidden may be exposed?’
Saints, we are truly in this season. I encourage you to read through this very detailed and powerful word by Prophet Charlie Shamp. Let’s stand, pray and decree what the Lord has to say over our great nation of America. (To Subscribe to the Elijah List subscribe here.)
Watch our Elijah Streams broadcast at: ELIJAHSTREAMS.com.
Your donations truly help us keep these emails free for you. Donate at:

“America: You Will Not Fall! There Will Be NO Impeachment of the Man in God’s Hand!”  Charlie Shamp, Nashville, TN 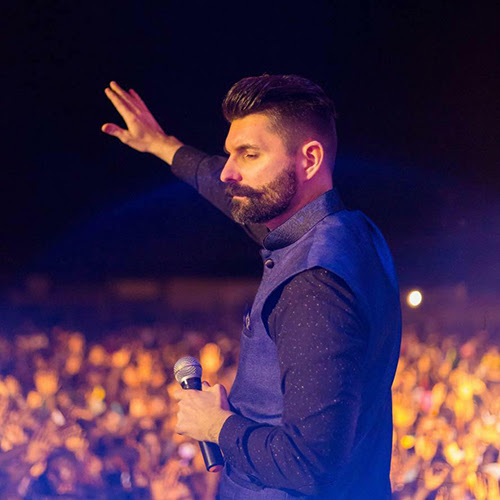 Prophetic Word of the Lord by Charlie Shamp released on November 27, 2018:

I can hear the whispers of demonic powers claiming, “There will be destruction, doom, demise and depression on America,” but I decree and declare, “This will never happen!”

Stillness Before the Great Wave

“For America is not Sodom and Gomorrah,” says the Lord, “but Nineveh, and she will turn to the Lord and see another awakening wave of revival sweep across the country. The enemy secretly schemed, plotted, manipulated and manufactured a plan to stop My word from coming to pass, but all of his plans will crumble to the ground, and I will show Myself strong in My people in the coming days.

“They have said, ‘Impeachment is at hand, impeachment is our plan, impeach the man in God’s hand.’ They cry, ‘The prophets are false, there was no tsunami wave,’ but I say, ‘Is there not stillness before the great wave comes ashore? Is there not silence before it breaks and crashes in? Do not the waters recede so that all that is hidden may be exposed?’
“Some have proclaimed, ‘The prophets are wrong, those that speak that America will arise, they only tell lies to the people. They do not hear from Heaven.’ They shout, ‘The prophets are exposed, exposed, exposed. America will fall, it’s under judgment, this is the final call.’ They shout, ‘America, your economy, it will crash, it will crash. The Stock Market will crash, recession will come.’

“But I say to America, ‘You will not fall or fail! A crash, yes it will come upon you, but it will be a crash of My mercy, My redemption, My revival!

My prophets prophesied My perfect plan and it will come to pass, for My prophetic word will never return to Me without accomplishing My will in the world.

“The prophets have spoken out of a love for the people of God, and a love for a nation founded on My name; but yes, I have exposed something in the heart. I exposed those that did not believe and did not trust in My word that it will come to pass. There are those that claim to be by My side, but in their hearts they have said that they do not need Me or the prophetic to make America great.

“They have said, ‘All we need is a strategy and a plan,’ but I say to you, it was through My prophet that I raised the man you see standing in the White House today, not your strategy, not your analytical plan. For all your plans are foolishness in My sight as you sit and ponder how to bring the nation back without Me in the center. I have heard them say that the prophetic is superstition and they need to find a better strategy to face the situation. Is My arm too short that it cannot save? Is My hand not open to heal all the wounds? I will finish what I have started.

“I Will Raise Up Elisha and Jehu”

“I will complete what has been prophesied in My perfect timing and many will see as they sit in silent unbelief, yes, watch, as My prophetic plan comes to pass in this day. The enemy rejoiced at the death of an Elijah in this generation, and said, ‘The one that prophesied this president is dead and gone,’ but I promised that if a seed falls to the ground and dies, it will yield a great harvest. Yes, Elijah has gone, I took him in a whirlwind; but I will give a double portion to the prophetic company that will come. I will raise up an Elisha to take his place, and Jehu will stand against Jezebel – face-to- face. Yes, Jehu will deal a death blow to the spirit of Jezebel in the nation.

“My prophets have suffered greatly in this last season, but in the new year they will see My salvation and redemption for the nation. They will stand and rejoice in what I have done. For weeping may endure for a night, but joy will come. What I will do will shock many in the coming days; they will stand and be amazed.”

Charlie and Brynn Shamp are the founders of Destiny Encounters. They have a true passion for revival and the glory of God. Compelled by the heart of the Father to seek and save the lost, they are releasing God’s love to the world seeing the captives delivered, the sick healed, and lives changed. Charles and Brynn believe that through outreach, missions, and crusade evangelism, one life changed can impact a nation and transform a generation. Charles and Brynn have answered the call to lead a generation in the movement of both the Word and the Spirit. With the power of an encounter they are truly unlocking a generation’s destiny one heart at a time.

To receive daily, encouraging prophetic emails from The Elijah List to your in box CLICK HERE or go to: https://elijahlist.com/subscribe
Visit our webstore and check out Steve Shultz’s Revised and 2nd Edition book Can’t You Talk Louder, God?: http://www.elijahshopper.com/cant-you-talk-louder-god-secrets-to-hearing-the-voice-of-god-revised-and-updated-edition-by-steve-shultz/
Permission is granted (and you are also encouraged) to reprint these articles in hard copy form, as well as sending them to your own email lists and posting them on your own websites. We ask only that you keep Elijah List website, email contact info, and author contact information intact.
Elijah List Publications
528 Ellsworth St. SW
Albany, OR 97321
www.elijahlist.com
email: info@elijahlist.net
Phone 1-541-926-3250
Love For His People, Inc. founded in 2010 by Steve & Laurie Martin. Charlotte, NC USA