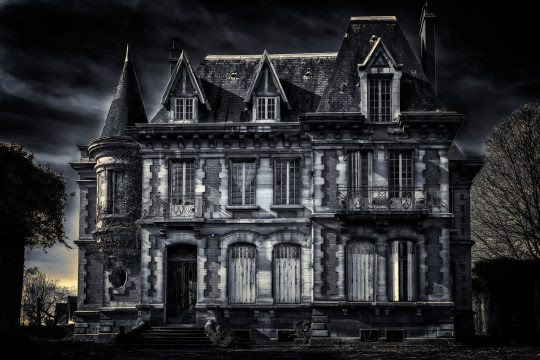 Goodbye Middle Class: The Percentage Of Wealth Owned By The Top 10% Just Got Even BIGGER – Michael Snyder

The middle class in America is being systematically eviscerated, and it is getting worse with each passing year.  As you will see below, one new study has found that 10 percent of Americans now own 70 percent of all the wealth.  Once upon a time, the United States had the largest and most vibrant middle class in the history of the world, but pretty soon we are just going to have the ultra-wealthy and everyone else.  Our system has been designed to funnel as much wealth as possible to the very top of the financial pyramid, and that means that most of the rest of us are deeply struggling.  And when you are just barely getting by from month to month, all it takes is one bad break to knock you completely out of the middle class and into poverty.
I have been chronicling the demise of the middle class for many years, but I didn’t know that the numbers had gotten this bad.  According to a study that was recently conducted by the Federal Reserve, the percentage of wealth controlled by the top 10 percent of U.S. households has shot up from 60 percent in 1989 to 70 percent today…

Deutsche Bank’s Torsten Sløk says that the distribution of household wealth in America has become even more disproportionate over the past decade, with the richest 10% of U.S. households representing 70% of all U.S. wealth in 2018, compared with 60% in 1989, according to a recent study by researchers at the Federal Reserve.
The study finds that the share of wealth among the richest 1% increased to 32% from 23% over the same period.

The ironic thing is that the Federal Reserve has actually done much to cause this high concentration of wealth among the elite.  In response to the last financial crisis, the Federal Reserve pumped unprecedented amounts of money into the financial system, and this has created the greatest stock market bubble in our history…

Meanwhile, wages have stagnated for ordinary Americans.  According to the Social Security Administration, the median yearly wage in the United States is currently just $30,533.  In other words, 50 percent of all American workers make at least that much per year, and 50 percent of all American workers make that much or less per year.
$30,533 a year breaks down to approximately $2,500 per month, and you simply can’t support a middle class lifestyle for a typical American family on $2,500 a month.
Meanwhile, the cost of living for middle class families has exploded higher over the past few decades…

Everyday expenses continue to rise, and as the shadow inflation increases, it also threatens to wipe out the middle class – what’s left of it anyway. In fact, middle-class life is now 30% more expensive than it was 20 years ago, according to a separate report by CNBC. The cost of things such as college, housing, and child care has risen precipitously: Tuition at public universities doubled between 1996 and 2016 and housing prices in popular cities have quadrupled, Alissa Quart, author and executive director of the Economic Hardship Reporting Project, tells CNBC Make It.

As the cost of living has risen faster than our incomes have, more Americans have been squeezed out of the middle class with each passing month.
As a result, an increasing number of Americans have become financially dependent on the government, and our rapidly expanding welfare state is a big reason why the federal government is now 22 trillion dollars in debt.
Of course many Americans are no longer able to make it at all, and the ranks of the homeless are swelling all over the nation.  In fact, we just got some brand new numbers about the growth of homelessness in the Los Angeles area that are absolutely eye-popping…

The number of homeless people counted across Los Angeles County jumped 12% over the past year to nearly 59,000, with more young and old residents and families on the streets, officials said Tuesday.
The majority of the homeless were found within the city of Los Angeles, which saw a 16% increase to 36,300, the Los Angeles Homeless Services Authority said in presenting January’s annual count to the county Board of Supervisors.

Yes, it is true that we have a record number of millionaires on the west coast in 2019, but meanwhile our major west coast cities are being transformed into rotting, decaying nightmares right in front of our eyes.
During a recent interview with Laura Ingraham, Dr. Drew Pinsky admitted that there is “a complete breakdown of the basic needs of civilization in Los Angeles right now”…

“We have a complete breakdown of the basic needs of civilization in Los Angeles right now,” Pinsky told host Laura Ingraham. “We have the three prongs of airborne disease, tuberculosis is exploding, (and) rodent-borne. We are one of the only cities in the country that doesn’t have a rodent control program, and sanitation has broken down.”
Pinsky’s comments followed news that Los Angeles police officer had contracted typhoid fever, a rare and life-threatening illness that fewer than 350 Americans contract each year.
Los Angeles had a typhus outbreak last summer and will likely have another this summer, Pinsky said. Meanwhile, bubonic plague – a pandemic that killed tens of millions of people during the 14th century – is “likely” already present in Los Angeles, Pinsky added.

Despite all of our great wealth and despite all of our advanced technology, this is what life is like in our second largest city right now.
And if things are degenerating this badly during stable times, what are things going to look like once our society plunges into chaos?
Ultimately, the American Dream is about being self-sufficient.  Most people want to be able to work hard and provide a nice life for their families, but that is becoming harder and harder to do.
No matter which political party has been in power in Washington, the middle class has continued to shrink and more wealth and power has become concentrated in the hands of the elite.
Now we stand on the precipice of the next major economic downturn, and many are deeply concerned about what that is going to mean for the future of our society.

About the author: Michael Snyder is a nationally-syndicated writer, media personality and political activist. He is the author of four books including Get Prepared Now, The Beginning Of The End and Living A Life That Really Matters. His articles are originally published on The Economic Collapse Blog, End Of The American Dream and The Most Important News.
From there, his articles are republished on dozens of other prominent websites. If you would like to republish his articles, please feel free to do so. The more people that see this information the better, and we need to wake more people up while there is still time.
The post Goodbye Middle Class: The Percentage Of Wealth Owned By The Top 10% Just Got Even BIGGER appeared first on The Economic Collapse.
Love For His People, Inc. founded in 2010 by Steve & Laurie Martin. Charlotte, NC USA