Skip to content
USA News
June 2, 2019August 31, 2019 Steve Martin 0 Comments Franklin Graham
Franklin Graham Asks All Christians to Pray for President Trump Today: ‘Because We Need God’s Help’
05-31-2019
CBN News Jenna Browder
WASHINGTON – Franklin Graham is calling on Christians nationwide to pray for President Trump today.  The evangelist told CBN’s Faith Nation it’s not a political endorsement, but simply an opportunity to heed the Bible’s instruction and pray for the nation’s elected leader.
“This is not a political endorsement,” Graham said. “It’s just simply praying for the President. The Bible instructs us to pray for those who are in authority.”
Graham also dismissed critics who accuse him of weaponizing prayer, saying “prayer is a weapon.”
Related 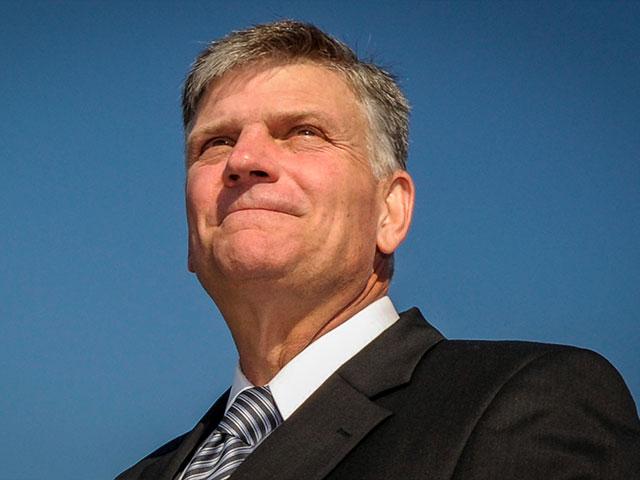 “We can go straight to the throne of grace,” he explained. “God hears prayer and answers prayer.”
Graham said “no president has been attacked” more than Trump and that “the only hope for him, and this nation is God.”
“He’s our President and if he succeeds we all benefit but if his enemies are allowed to destroy him and pull down the presidency it will hurt our entire nation,” the evangelist said.
Graham’s Prayer
In a short four-minute video posted to his Facebook page today, Graham thanked his followers for joining him to pray for President Donald J. Trump. He also explained how the Lord laid the idea on his heart and quoted the scripture from Psalm 9:9-10 which reads: “The Lord also will be a refuge for the oppressed, a refuge in times of trouble. And those who know Your name will put their trust in You; for You, Lord, have not forsaken those who seek You.”
“This isn’t politics. This isn’t an endorsement. It’s praying for our commander-in-chief,” Graham explains in the video. “He is the President of the United States and he needs our prayers. And God instructs us to do that.”
The evangelist then invites the user to pray with him and then pray their own prayer “because we need God’s help.”
“Our Heavenly Father, You tell us in your word, the scripture, the Bible that we’re to pray for those in authority. And that’s why we’re coming to you today,” Graham prayed. “We ask for your favor on the President of the United States Donald J. Trump.”
“Father, we would ask that you lead and guide the President as he makes decisions that affect not only all Americans but freedom loving people around the world,” he continued. “Father, we just ask that you give him wisdom. Wisdom from you. Wisdom to deal with the problems we have at the border.  Wisdom to deal with the trading issues, trading partners, other nations. Wisdom as he meets with world leaders.”
“This weekend he goes to London to meet with Her Majesty the Queen, Theresa May, their prime minister and the leadership of that nation, our closest ally,” Graham said. “We ask that you guide each and every step that he takes.”
“Father, we would also ask that you protect him from his enemies. Give him health and give him strength,” he implored. “Today, I pray for the President’s family, especially his wife Melania and his son Baron.”
“Father, we’re all flawed human beings. We’re guilty of sin. We’ve all failed. We thank you that you sent your son Jesus Christ from heaven to this earth to take our sins upon the cross,” Graham continued. “That he died and shed his blood for each and every one of us and that you raised him to life. And Father, we know that you will come into each and every heart who’s willing to turn from their sins and put their faith and trust in your son Jesus Christ.  So we thank you for that.”
“And Father, we pray for our nation. And Father, we ask that you would heal the heart of this country and that people would look to you for guidance and direction each and every day,” he prayed. “And Father, we pray this in the name of your son Jesus Christ. May your will be done. Amen.”
After concluding his prayer, Graham thanks the user for joining him and reminds everyone to continue to pray for the President and for those in authority — all of them.
“They need our prayers. Only God can change the human heart,” Graham said. “You can pass all the legislation. You can pass all the laws that you want, but only God can change the human heart. Our hearts need God in this country. And my prayer for the President today is that God would guide him and direct him — but may he direct our country and may his will be done.”
Kevin Jessip, chairman of the grassroots movement “Save The Persecuted Christians,” is one of the 250 leaders who signed the proclamation asking all Christians to pray.
“I was really obliged & thankful for Franklin’s stepping out on this issue so we joined,” he told CBN News.
“I believe that the Word of God will be lifted up in this nation and that’s what we need,” he added. “We need the national dialogue to include the word of God.”
250 Christian leaders have signed the statement of faith for June 2, which reads:
“We the undersigned are calling for June 2 to be a special Day of Prayer for the President of the United States, Donald J. Trump, that God would protect, strengthen, embolden, and direct him.
“We believe our nation is at a crossroads, at a dangerous precipice. The only one who can fix our country’s problems is God Himself, and we pray that God will bless our president and our nation for His glory.”
Click here to see who signed the statement.
You can watch the full Faith Nation interview by downloading the CBN News app to your mobile device.