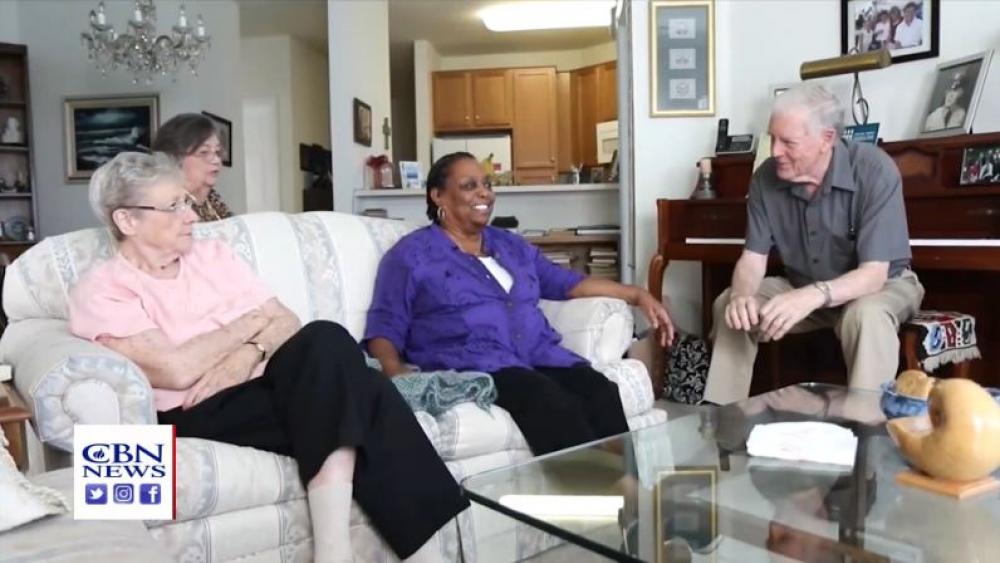 (Image credit: CBN News)
Bible Study Battle Goes Federal After Christian Couple Threatened with Eviction
05-22-2019
CBN News Steve Warren
A Virginia senior living community is facing a federal lawsuit after threatening to evict residents for leading a Bible study in their own apartment.
Attorneys with the First Liberty Institute and Hunton Andrews Kurth, LLP filed the lawsuit against The Evergreens at Smith Run in Fredericksburg, VA, and its parent company, Community Realty Company (CRC), alleging religious discrimination in housing by the apartment’s management.
As CBN News reported, Ken and Liv Hauge were threatened with eviction by the company last year for hosting a small Bible study.  A retired pastor, Ken led the Bible study in his personal capacity at the request of other senior residents.
Related 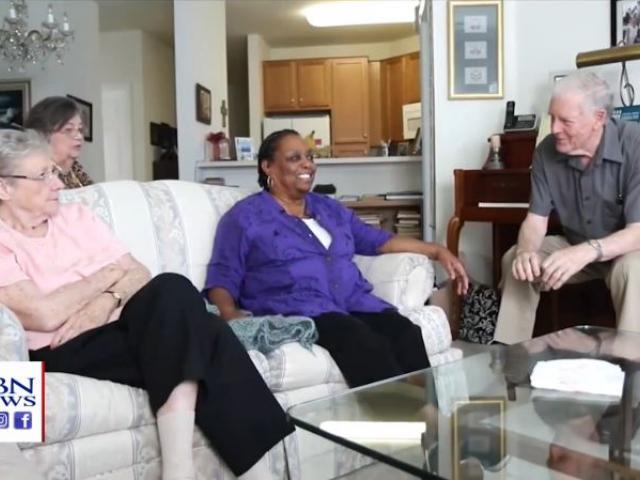 Bible Study Banned: Managers Threatening to Evict Man from His Own Apartment

The study grew so much that at one point they asked to use a community room. Their request was granted. But later they were told they couldn’t hold the Bible study there.
The Hauges have lived at the senior community since 2017. They are both in their mid-80s.
The lawsuit claims that CRC and the Evergreens management discriminated against the Hauges and others on the basis of religion, by first banning all residents from publicly saying grace before their meals. They also prohibited the Hauges from hosting the Bible study anywhere at The Evergreens, including their own apartment under the threat of eviction.
“The management company’s hostility to religious residents violates federal law and taints Virginia’s long history of religious freedom,” said Lea Patterson, associate counsel for First Liberty, in a press release. “We’re asking the court to hold the management company accountable for violating the Hauges’ right to exercise their faith in their home and to ensure no other residents have to suffer through what the Hauges have endured.”
In October of 2017, First Liberty asked the US Department of Housing and Urban Development to investigate CRC for religious discrimination. The investigation is continuing.
Love For His People, Inc. founded in 2010 by Steve & Laurie Martin. Charlotte, NC USA Look what I buy each time I come to Jerusalem and walk into shops on Ben Yehuda. Walk With Me, see! Fresh pita bread out of the oven in Jaffa. Come and see for yourself (before they are sold out.)