“A Remnant of Millennials is Rising – From the Caves to the Nations”
Elaine Tavolacci, Staten Island, NY

When I read through Elaine Tavolacci’s recent article about the Millennials God is raising up, I thought of the word “power”.
We are in a time where we will see the power of God in such a mighty way as we’ve never seen before.
Elaine shares this awesome now word:
This remnant is being groomed for a mighty revival. They are ready to be used by God to heal the sick, raise the dead, cleanse the leapers and set the captives free. They know how to fight the lions and the bears. They know how to behead the giants. They’ve learned through personal experience that big battles require strong warriors. They refuse to stay in neutral gear.

Let’s get behind, support and co-labor with this next generation God is raising up! (To Subscribe to the Elijah List subscribe here.)
Watch our Elijah Streams broadcast at: ELIJAHSTREAMS.com.

“A Remnant of Millennials is Rising – From the Caves to the Nations”
Elaine Tavolacci, Staten Island, NY 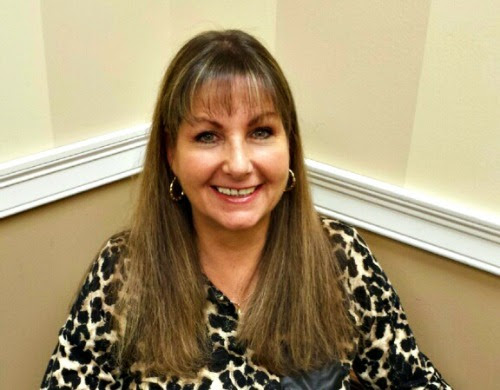 A Remnant of Millennials is Rising Up!

For several years, the Lord has been showing me how He is raising up radical, Holy Spirit-filled Believers to bring an outpouring of His glory to this nation, and in the past few weeks, I have been seeing this come to pass. There are thousands of Millennials who are radical for Jesus, know Him as God, and are pressing in to do great exploits.

This remnant is being groomed for a mighty revival. They are ready to be used by God to heal the sick, raise the dead, cleanse the leapers and set the captives free. They know how to fight the lions and the bears. They know how to behead the giants. They’ve learned through personal experience that big battles require strong warriors. They refuse to stay in neutral gear.

King David was known for slaying Goliath, whom the Israelites feared but were not able to defeat. David had already killed a lion and a bear before he killed Goliath. He had been through many personal battles but he always came out victorious. He was a king and a leader as well as a poet and a musician. He was a warrior and as we see in the Psalms, a man after God’s own heart. He was determined and relentless against the enemy’s plots, and would never retreat when faced with a challenge.

King David and the Cave of Adullam

There was a time when David was running from Saul, and the Lord sent him to the cave of Adullam. There were four hundred men in this cave who were in distress, in debt and discontented. David raised them up, taught them how to be invincible warriors, and trained them as a mighty army.

In 1 Samuel chapter 30, when David and his men returned home from war, they reached Ziklag and found it destroyed by fire, and their wives, sons and daughters were taken captive by the Amalekites. David and his men wept aloud until they had no strength left to weep. They reached the breaking point and the people even turned against David, wanting to stone him. But then something rose up in David. He strengthened himself in the Lord, and he asked the Lord, “Shall I pursue this troop? Will I overtake them?” The Lord responded: “Pursue, for you shall surely overtake them and without fail recover all.”

1 Samuel 30:6,8-10, “Now David was greatly distressed, for the people spoke of stoning him, because the soul of all the people was grieved, every man for his sons and his daughters. But David strengthened himself in the Lord his God… So David inquired of the Lord, saying, ‘Shall I pursue this troop? Shall I overtake them?’ And He answered him, ‘Pursue, for you shall surely overtake them and without fail recover all.’ So David went, he and the six hundred men who were with him, and came to the Brook Besor, where those stayed who were left behind. But David pursued, he and four hundred men; for two hundred stayed behind, who were so weary that they could not cross the Brook Besor.”

1 Samuel 30:18-20, “So David recovered all that the Amalekites had carried away, and David rescued his two wives. And nothing of theirs was lacking either small or great, sons or daughters, spoil or anything which they had taken from them; David recovered all. Then David took all the flocks and herds they had driven before those other livestock, and said, ‘This is David’s spoil.'”

Pursue, Overtake and Recover All That’s Been Stolen

The Lord says, “I have called you and chosen from a young age. You have slain the lion and the bear and beheaded the giants. I will continue to train your hands for war, your fingers for battle, and you will become victorious over every assault that rises against you. You have worshiped Me in times of distress, yet you have not backed down in the face of adversity.

“Although the battle has been fierce at times and there are things that seem to be destroyed and lost forever, you will recover all that has been plundered from the enemy. As you continue to encourage yourself in Me, you will regain your spiritual momentum.

“When calamity comes in, as an ambush, stand steadfast in the armor that I have provided for you. Continue to resist all discouragement and stand immovable, knowing that I have given you the ability and the authority to overcome every assault that is raised up against you. Do not deviate from the truth but stand steadfast to your convictions.

“Stand on the promises that are available to you. Do not allow the enemy to intimidate you and don’t be moved by his ineffectual strategies. Rise up as men and women of faith and take the position as the warriors that I have created you to be.

“Do not allow fear or bitterness to take root, and refuse to be moved by situations in the natural. Take every thought captive and trust Me for your provision. I will not fail you or lead you astray but you shall surely pursue, overtake, and without fail recover all that has been lost or stolen,” says the Lord.

Elaine Tavolacci
A Word in Season

Elaine Tavolacci resides in Staten Island, New York. She has been a student of the Word for twenty-nine years. She has a prophetic gift as well as a ministry of encouragement, which teaches the Body of Christ to walk in the fullness of what the Lord has called them to. She teaches others how to be overcomers in every area of their lives and understands the power and authority that Jesus has assigned to them. Her ministry, “A Word in Season,” has been an encouragement to others for nine years. She has learned the transforming power of the Word of God and encourages others that nothing is impossible with God.

*************************************
To receive daily, encouraging prophetic emails from The Elijah List to your in box  CLICK HERE or go to: http://elijahlist.com/subscribe
Visit our webstore and check out Steve Shultz’s Revised and 2nd Edition book Can’t You Talk Louder, God?: http://www.elijahshopper.com/cant-you-talk-louder-god-secrets-to-hearing-the-voice-of-god-revised-and-updated-edition-by-steve-shultz/
Permission is granted (and you are also encouraged) to reprint these articles in hard copy form, as well as sending them to your own email lists and posting them on your own websites. We ask only that you keep Elijah List website, email contact info, and author contact information intact.