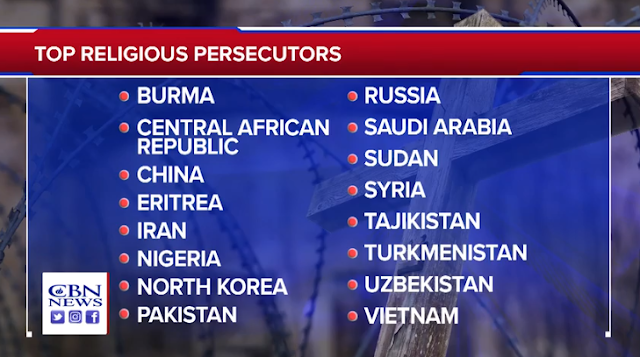 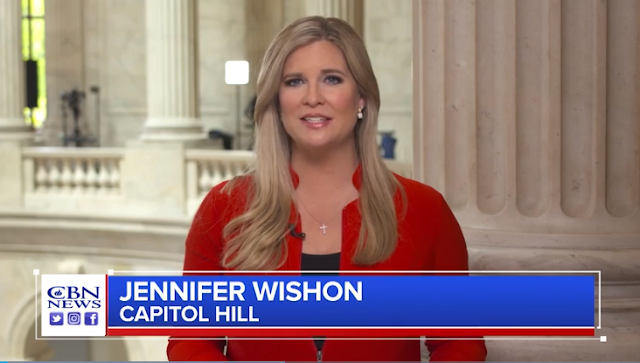 WASHINGTON – Religious persecution plagues countries around the world and the problem is only getting worse. Now, an annual report by the US Commission on International Religious Freedom (USCIRF) gives us a clear picture of the world’s top offenders.
Burma, Central African Republic, China, Eritrea, Iran, Nigeria, North Korea, Pakistan, Russia, Saudi Arabia, Sudan, Syria, Tajikistan, Turkmenistan, Uzbekistan and Vietnam are where people of faith face the most aggressive and violent forms of persecution.
Gary Bauer, one of the nine commissioners on USCIRF, is particularly concerned about China’s inclusion on the list because of the influence it wields. 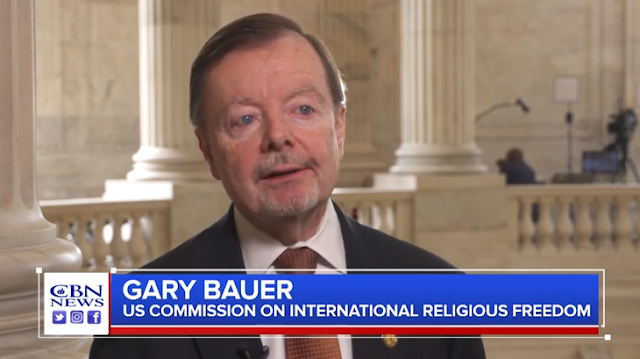 “So here’s a rising power. It’s economy is growing bigger and bigger each year, its military is expanding. It’s got worldwide ambitions and every place it reaches it’s bringing these values of persecution along with them,” he tells CBN News.
So called “tier two” countries of concern include Afghanistan, Azerbaijan, Bahrain, Cuba, Egypt, India, Indonesia, Iraq, Kazakhstan, Laos, Malaysia, and America’s NATO ally Turkey. 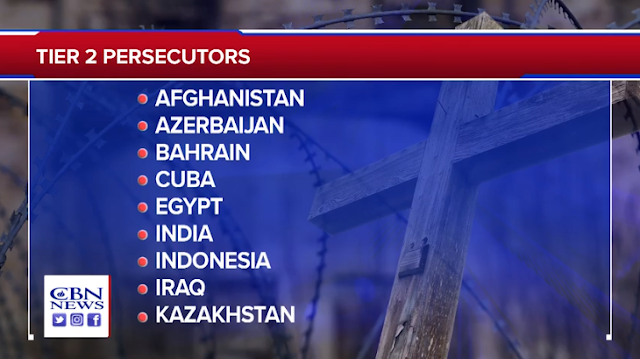 Turkey, of course, made international headlines for holding American Pastor Andrew Brunson hostage for nearly two years before releasing him last fall.
“One of the things the commission is really focused on is not only when there are governments perpetrating violence but when governments are tolerating the perpetration of violence,” USCIRF Commissioner Anurima Bhargava told CBN News after release of the report.
This report is unique in that the nine commissioners on USCIRF aren’t burdened by diplomacy. Unlike many State Department accounts, these observers are free to tell it like they see it.
“We believe as a commission that no person of whatever faith they are should have to fear within their house of worship,” says Commissioner Tony Perkins.
For the world’s Christians, the situation is especially dire.
“Christians are the most persecuted religious group in the world and it’s accelerating,” says Bauer.
In its report, the commission calls on President Trump to appoint a special adviser on international religious freedom, target top offenders with sanctions, and put money toward the State Department’s effort to help houses of worship protect themselves.

“Churches, which are soft targets, have become targets for terrorists and so we believe this would be a very effective role for our government to come alongside these governments to provide the training that would be a combination of police officers, the law enforcement agencies, the domestic security, along with the houses of worship to provide the security,” says Perkins, who has also served on the security team at his own church.

For so many people around the world, finding religious tolerance is increasingly a matter of life and death.
Watch report here: Countries with Major Persecution
Love For His People, Inc. founded in 2010 by Steve & Laurie Martin. Charlotte, NC USA