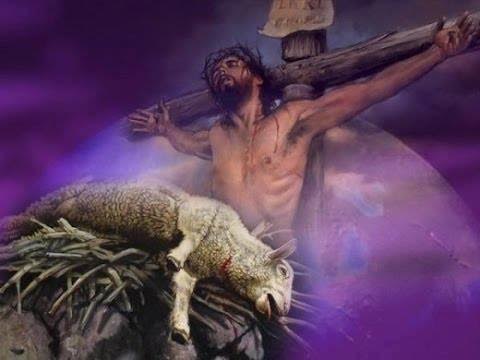 The Passover Lamb is the Lion of Judah
Jesus (Yeshua) came first as the Suffering Servant,
the Lamb of God Who takes away the sins of the world.
He will return as the Lion of Judah!
Yeshua HaMashiach
“Who has believed our message? And to whom has the arm of the Lord been revealed? For He grew up before Him like a tender shoot, and like a root out of parched ground; He has no stately form or majesty that we should look upon Him, Nor appearance that we should be attracted to Him. He was despised and forsaken of men, A man of sorrows and acquainted with grief; And like one from whom men hide their face He was despised, and we did not esteem Him.
Surely our griefs He Himself bore, And our sorrows He carried; Yet we ourselves esteemed Him stricken, Smitten of God, and afflicted. But He was pierced through for our transgressions, He was crushed for our iniquities; The chastening for our well-being fell upon Him, And by His scourging we are healed. All of us like sheep have gone astray, Each of us has turned to his own way; But the Lord has caused the iniquity of us all to fall on Him.
He was oppressed and He was afflicted, Yet He did not open His mouth; Like a lamb that is led to slaughter, And like a sheep that is silent before its shearers, So He did not open His mouth. By oppression and judgment He was taken away; And as for His generation, who considered that He was cut off out of the land of the living For the transgression of my people, to whom the stroke was due? His grave was assigned with wicked men, Yet He was with a rich man in His death, Because He had done no violence, Nor was there any deceit in His mouth.
But the Lord was pleased to crush Him, putting Him to grief; If He would render Himself as a guilt offering, He will see His offspring, He will prolong His days, And the good pleasure of the Lord will prosper in His hand. As a result of the anguish of His soul, He will see it and be satisfied; By His knowledge the Righteous One, My Servant, will justify the many, As He will bear their iniquities.  Therefore, I will allot Him a portion with the great, And He will divide the booty with the strong; Because He poured out Himself to death, And was numbered with the transgressors; Yet He Himself bore the sin of many, And interceded for the transgressors. (Isaiah 53:1-12, NASU) 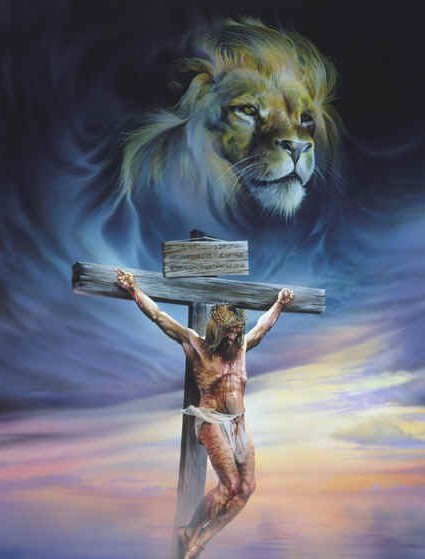 1 “My God, My God, why have You forsaken Me? Why are You so far from helping Me, And from the words of My groaning?

2 O My God, I cry in the daytime, but You do not hear; And in the night season, and am not silent.

3 But You are holy, Enthroned in the praises of Israel.

4 Our fathers trusted in You; They trusted, and You delivered them.

6 But I am a worm, and no man; A reproach of men, and despised by the people.

7 All those who see Me ridicule Me; They shoot out the lip, they shake the head, saying,

8 “He trusted in the Lord, let Him rescue Him; Let Him deliver Him, since He delights in Him!”

9 But You are He who took Me out of the womb; You made Me trust while on My mother’s breasts.

10 I was cast upon You from birth. From My mother’s womb You have been My God.

11 Be not far from Me, For trouble is near; For there is none to help.

12 Many bulls have surrounded Me; Strong bulls of Bashan have encircled Me.

13 They gape at Me with their mouths, Like a raging and roaring lion.

14 I am poured out like water, And all My bones are out of joint; My heart is like wax; It has melted within Me.

15 My strength is dried up like a potsherd, And My tongue clings to My jaws; You have brought Me to the dust of death.

16 For dogs have surrounded Me; The congregation of the wicked has enclosed Me. They pierced My hands and My feet;

17 I can count all My bones. They look and stare at Me.

18 They divide My garments among them, And for My clothing they cast lots.

20 Deliver Me from the sword, My precious life from the power of the dog.

21 Save Me from the lion’s mouth and from the horns of the wild oxen!
You have answered Me.

22 I will declare Your name to My brethren; In the midst of the assembly I will praise You.

23 You who fear the Lord, praise Him! All you descendants of Jacob, glorify Him, And fear Him, all you offspring of Israel!

24 For He has not despised nor abhorred the affliction of the afflicted; Nor has He hidden His face from Him; But when He cried to Him, He heard.

25 My praise shall be of You in the great assembly; I will pay My vows before those who fear Him.

26 The poor shall eat and be satisfied; Those who seek Him will praise the Lord. Let your heart live forever!

27 All the ends of the world shall remember and turn to the Lord, And all the families of the nations shall worship before You.

28 For the kingdom is the Lord’s, And He rules over the nations.

29 All the prosperous of the earth shall eat and worship; All those who go down to the dust shall bow before Him, Even he who cannot keep himself alive.

30 A posterity shall serve Him. It will be recounted of the Lord to the next generation,

31 They will come and declare His righteousness to a people who will be born, that He has done this.
(Psalm 22, NKJV)

“And when they came to a place called Golgotha, which means Place of a Skull, they gave Him wine to drink mixed with gall; and after tasting it, He was unwilling to drink. And when they had crucified Him, they divided up His garments among themselves by casting lots.

And sitting down, they began to keep watch over Him there. And above His head they put up the charge against Him which read, “THIS IS JESUS THE KING OF THE JEWS.” (Matthew 27:33-37, NASU) 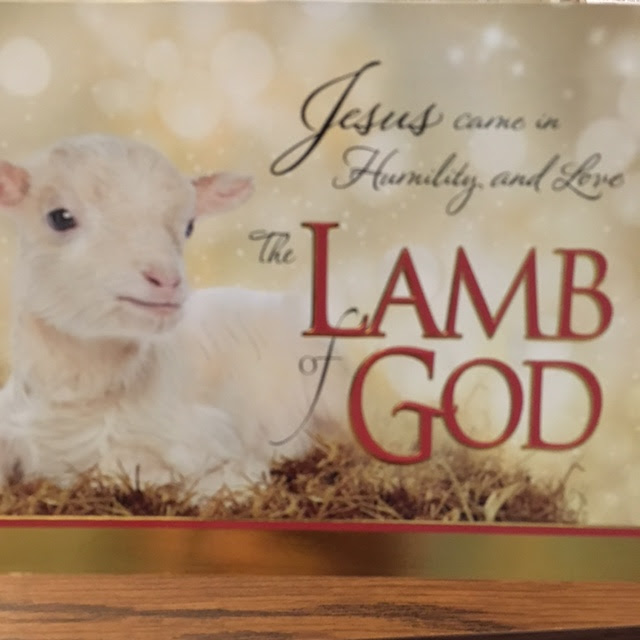 “And I saw in the right hand of Him who sat on the throne a scroll written inside and on the back, sealed with seven seals. 2 Then I saw a strong angel proclaiming with a loud voice, “Who is worthy to open the scroll and to loose its seals?” 3 And no one in heaven or on the earth or under the earth was able to open the scroll, or to look at it.

4 So I wept much, because no one was found worthy to open and read the scroll, or to look at it. 5 But one of the elders said to me, “Do not weep. Behold, the Lion of the tribe of Judah, the Root of David, has prevailed to open the scroll and to loose its seven seals.”
6 And I looked, and behold, in the midst of the throne and of the four living creatures, and in the midst of the elders, stood a Lamb as though it had been slain, having seven horns and seven eyes, which are the seven Spirits of God sent out into all the earth. 7 Then He came and took the scroll out of the right hand of Him who sat on the throne.
8 Now when He had taken the scroll, the four living creatures and the twenty-four elders fell down before the Lamb, each having a harp, and golden bowls full of incense, which are the prayers of the saints. 9 And they sang a new song, saying:
“You are worthy to take the scroll, And to open its seals; For You were slain, And have redeemed us to God by Your blood out of every tribe and tongue and people and nation, 10 And have made us kings and priests to our God; And we shall reign on the earth.”
11 Then I looked, and I heard the voice of many angels around the throne, the living creatures, and the elders; and the number of them was ten thousand times ten thousand, and thousands of thousands, 12 saying with a loud voice:
“Worthy is the Lamb who was slain to receive power and riches and wisdom, And strength and honor and glory and blessing!”
13 And every creature which is in heaven and on the earth and under the earth and such as are in the sea, and all that are in them, I heard saying:
“Blessing and honor and glory and power be to Him who sits on the throne, And to the Lamb, forever and ever!”
14 Then the four living creatures said, “Amen!” And the twenty-four elders fell down and worshiped Him who lives forever and ever.” (Revelation 5) 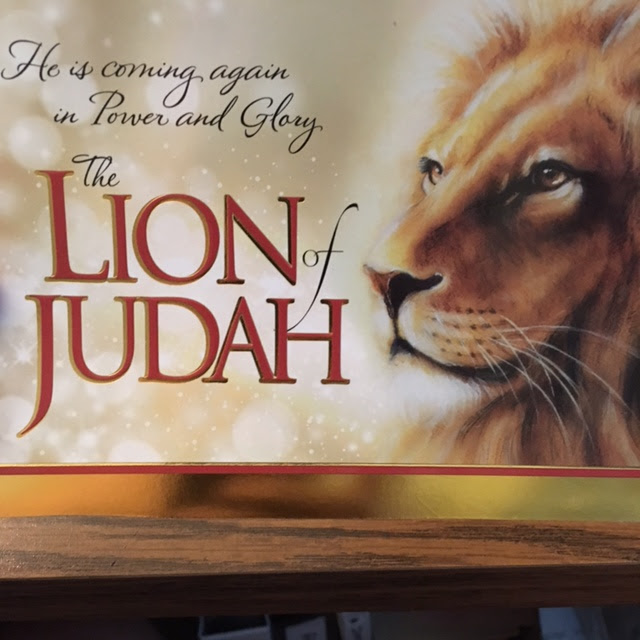 The Passover Lamb is the Lion of Judah 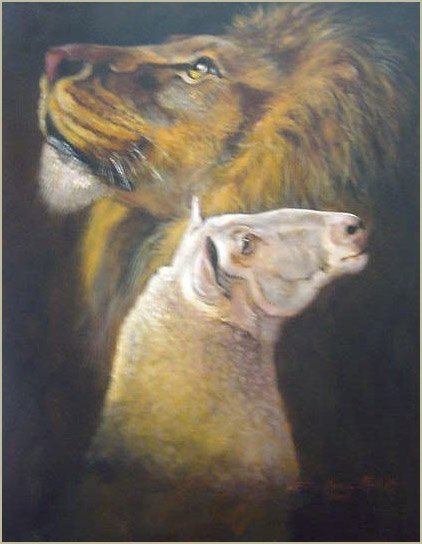 “For Christ, our Passover lamb, has been sacrificed. (1 Corinthians 5:7, ESV) 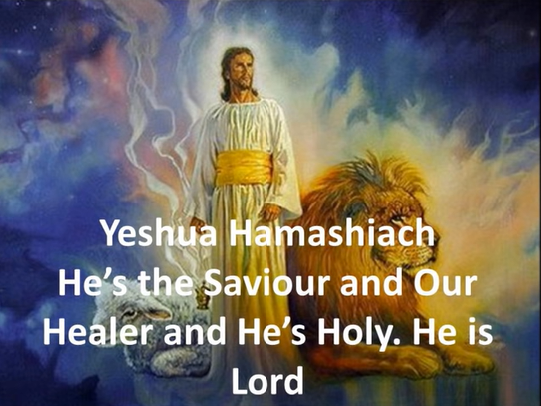 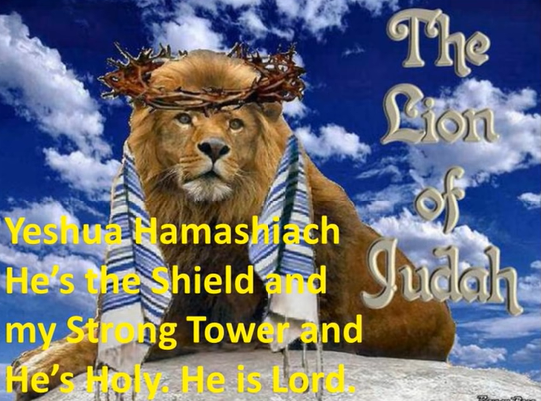 Yeshua HaMashiach
He is the Lord of lords
He is the King of kings. 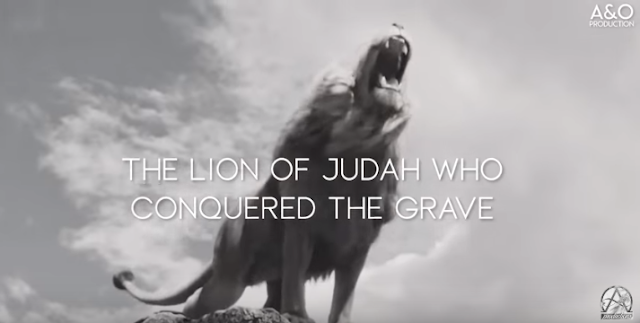 Is He Worthy is a favorite from Shane & Shanes’ new project, Hymns Live.
Lyrics and Video by Robin Måhl
Love For His People, Inc. founded in 2010 by Steve & Laurie Martin. Charlotte, NC USA