The Tennes family’s Country Mill Farms has been blocked from their local farmers market over their biblical beliefs about marriage (Photo: Screen capture)
‘Every American’s Right’: Christian Farmers Fight Back After Being Banned for Biblical Marriage Beliefs
04-11-2019
CBN News Emily Jones
A pair of Christian farmers who were banned from their local farmers market in 2016 for choosing not to host a gay wedding on their personal farm are taking their battle to court this week.
Steve and Bridget Tennes, owners of Country Mill Farms, are asking for a permanent court order forcing the city of East Lansing, Michigan to let them sell their products at the city’s farmer’s market.
The Alliance Defending Freedom (ADF) will represent the Tennes family in court this Friday. According to ADF, the City of Lansing blocked the Christian family from selling their products after reading on the Country Mill Farms’ Facebook page that they support biblical marriage and will not allow LGBTQ weddings in their orchards.
Related 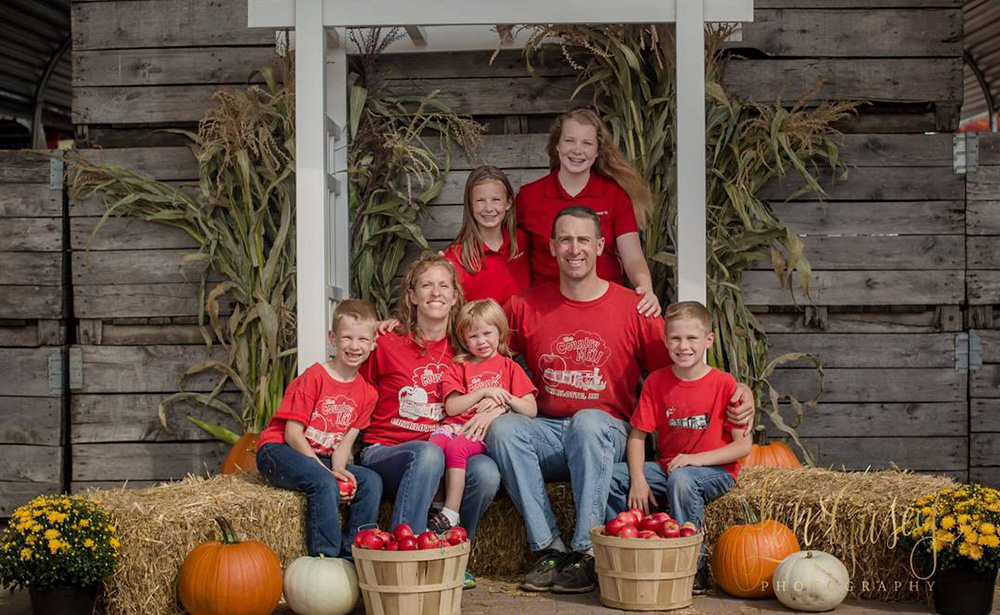 “Our family farm here is very personal to us,” Steve Tennes said in a statement on the ADF website. “One of the things we really enjoy about our family farm here is (that) we are able to raise our five children here at the farm in accordance with our faith.”
In 2017, a federal judge issued a preliminary order forcing the city to allow the Tennes family to participate in the farmers market and said the city most likely violated their religious and free speech rights.
According to NBC News, East Lansing Mayor Mark Meadows said that temporary ruling only covered the 2017 market season. Meadows also said the city opposes the Tennes’ “corporate decision-making,” not their religious beliefs.
“This doesn’t have anything to do with Mr. Tennes,” Meadows said. “This has to do with the business.”
ADF Legal Counsel Kate Anderson strongly disagrees.
“All Americans should be free to live and speak according to their deeply held religious beliefs without fear of government punishment,” said Anderson. “Yet East Lansing officials changed their market policy to shut out Steve Tennes because they don’t like his Catholic beliefs regarding marriage. Courts have repeatedly rejected these types of practices as unconstitutional discrimination.”
Steve and Bridget Tennes are military veterans and hope their case will help preserve the freedoms of other Americans.
“This isn’t just about our ability to sell at the farmer’s market. It’s really about every American’s right to make a living and not have to worry about being punished by the government,” Steve said.
Did you know?
God is everywhere—even in the news. That’s why we view every news story through the lens of faith. We are committed to delivering quality independent Christian journalism you can trust. But it takes a lot of hard work, time, and money to do what we do. Help us continue to be a voice for truth in the media by supporting CBN News for as little as $1.
Love For His People, Inc. founded in 2010 by Steve & Laurie Martin. Charlotte, NC USA