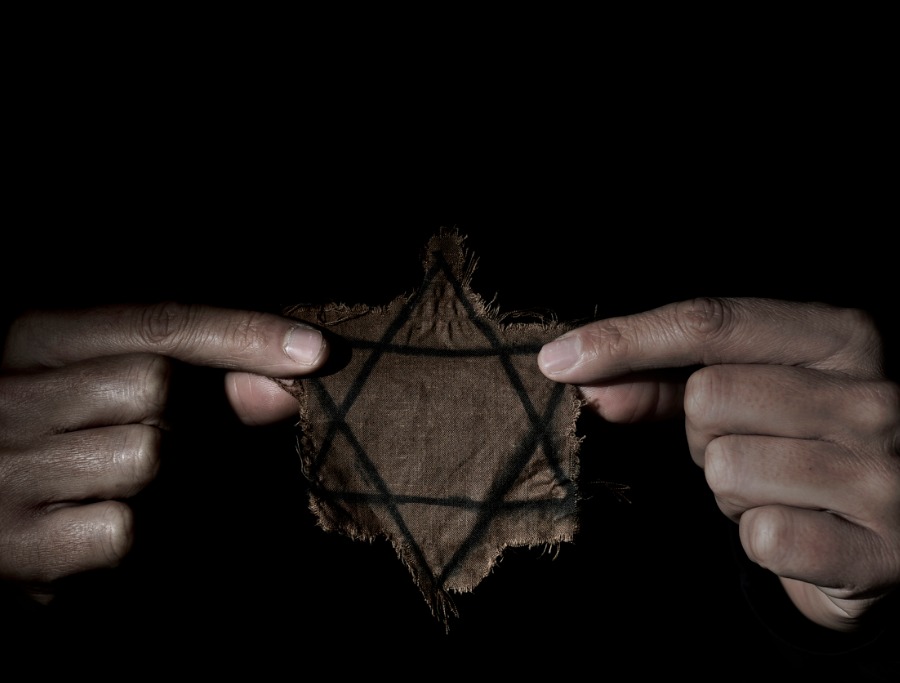 A careful reader will note that only the names and dates have really changed. The libels are the same.

Do you want proof that antisemitism (or, Jew-hatred) is alive and well today? Just confront it and expose it and watch what happens next. The Jew-haters will come out in force, repeating every standard antisemitic trope and telling you that antisemitism doesn’t exist — because the Jews are evil.
In recent weeks, I confronted the antisemitic comments of a Christian TV host and a conservative comedian.
In response, I have been accused of being a filthy Zionist shill, a false follower of Jesus, and much more. No surprise there, although, to be honest, some of the accusers are incredibly creative in their attacks. A case in point would be this comment, which takes the prize for absurdity: “Look at the sunken pits under the eyes….ASKDrBrown is infested with devils and profanes the mustache.” Ah, I profane the mustache indeed!
Or perhaps better still was the accusation that I’m “probably” Israeli intelligence or a Zionist activist. I confess! It’s all true!
But along with the personal accusations, commenters have accused the Jews of being the most vile, destructive, perverse, and ugly beings on the planet. To paraphrase and summarize, “These filthy Jews deserve whatever they get. And I’m not an antisemite!”
On a personal level, I’ve seen comments like these (along with many others that cannot be printed):
Yes, this is what happens when you expose the lies of antisemitism. You are repaid with a flood of filth.

The Heart and Essence of Antisemitism

More disturbing, however, is the flood of filth that comes against the Jewish people as a whole. That is the heart and essence of antisemitism. (For the official US government definition of antisemitism, go here.)
To be clear, I believe you can criticize Jewish people or the nation of Israel without being an antisemite. And you can reject the inspiration or validity of the Talmud without being an antisemite. But when you demonize the Jewish people as a people. When you lie about them and slander their very nature. When you perpetuate false and exaggerated stereotypes, then you are an antisemite.
For example, responding to the idea that “the Jews own all the money,” I noted how often Jews have been expelled from other countries or have been deprived of good jobs or have been forced to live in ghettos. (The Jewish poverty depicted in Fiddler on the Roof has been common through Jewish history.)
How did the critics respond? Here’s one representative quote: “Why do you think they got kicked out of 109 countries in the first place? If you get kicked out of a 109 super markets, is it because they’re all racist and hate you? Only an idiot would even entertain that.”
Actually, a thinking person would dig a little deeper and realize that it was largely because the Jewish people refused to abandon their faith that they were kicked out of many countries. Often, they were ordered to convert or get out, and most refused to convert. (To cite one example, all non-baptized Jews were expelled from Spain in 1492.)
But the critics will have none of this. No, it is the Jews who are evil. That’s why they’ve been expelled.
This is like saying the reason a black teenager got kicked out of 109 all-white schools was because he was evil. Right.
Yet the critics (who claim I’m lying when I expose antisemitism), don’t want to stop at 109 nations. As one commenter stated this week, “Jews were expelled from Spain because they let in the Muslims… The very same tactic Jews are applying today to destroy Christian Western Nations…. Let’s make it 110… And NEVER AGAIN!!”
Yes, expel the Jews from America! The Jews must go!
You see, they do own all the money. They do control Hollywood and the media. They are the source of all the world’s problems. They just haven’t figured out how to stay out of their own way, since with all their might and power, they haven’t learned how to avoid getting slaughtered.

It would appear, then, that the Jews are really smart but also really dumb – that is, if you even try to make sense out of antisemitism.
Reading some of the comments posted in response to my videos, I’ve learned that today’s Jews are not really Jews; that all of them are the synagogue of Satan (talk about a misuse of Revelation 2:9 and 3:9); that all of them killed Christ; that they are parasites; that they support pedophilia; and that Zionism is terrorism. (And much, much more.)
In the words of one critic, “Jews in America deserve ridicule. They literally contribute the most to our degenerate behavior.”
Is it true that there are highly influential Jewish atheists and Jewish pornographers? Is it true that George Soros is Jewish and that radical-left groups like the ACLU and the SPLC have a high percentage of Jewish leadership? Is it true that Karl Marx was Jewish and that some of the key activists of the 1960s’ counterculture revolution were Jews? Absolutely.
But is it also true that there is a disproportionate percentage of Jewish philanthropists, of Jewish Nobel Prize winners, and of Jewish charitable organizations? Absolutely. (For an enlightening read, check out George Gilder’s book The Israel Test: Why the World’s Most Besieged State is a Beacon of Freedom and Hope for the World Economy.)
And is it also true that some of the most important conservative voices in America today are Jewish (from Dennis Prager to Ben Shapiro to David Horowitz)? That some of the most inspiring, morally-lifting books ever written have been written by Jews? Absolutely. (I’m thinking of books like Moshe Chaim Luzzatto’s Path of the Just, or of a number of books by Abraham Joshua Heschel.)
Help us champion truth, freedom, limited government and human dignity. Support The Stream »
What’s so interesting for me is that, as a Jewish believer in Jesus, I’m in constant conflict with my people. I believe they need Jesus as their Savior. I reject the authority of the Talmud. I don’t hesitate to criticize Israel when I believe the nation is at fault. I can give you a long list of our national and personal failings.
Yet, when I confront antisemitic lies and expose dangerous, exaggerated stereotypes, I’m a “fake Jew,” a “crypto-Jew,” and not a true follower of Jesus, the Jewish Messiah.

The King Will Come, a Glorified Jew

In the new edition of Our Hands Are Stained with Blood (due out in October), I highlight some of the most shocking examples of contemporary antisemitism (along with dangerous theological developments). But a careful reader will note that only the names and dates have really changed. The libels are the same.
The antisemitism of the last generation is the antisemitism of today. And it will likely be here until Jesus returns – but not beyond. As I’ve often said, it will be a bad day for the antisemites when the King who comes breaking through the clouds is a glorified Jew.
Love For His People, Inc. founded in 2010 by Steve & Laurie Martin. Charlotte, NC USA