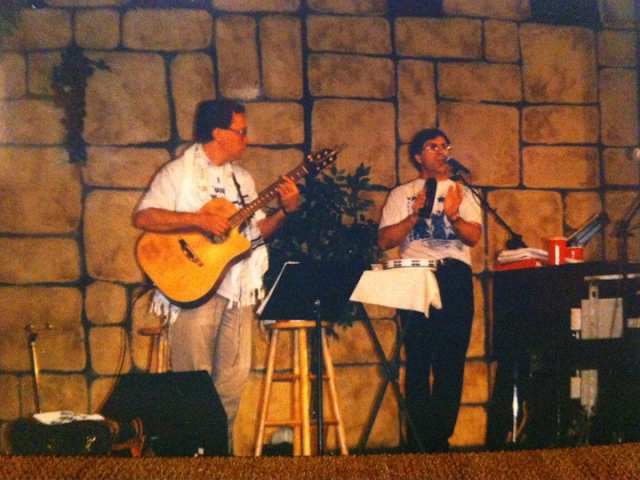 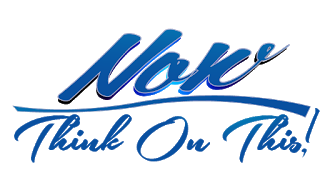 Look What the Lord Has Done!
– 24 years ago on April 4, 1995
Steve Martin
“Take for yourselves twelve men from the people, one man from each tribe, and command them, saying, ‘Take up for yourselves twelve stones from here out of the middle of the Jordan, from the place where the priests’ feet are standing firm, and carry them over with you and lay them down in the lodging place where you will lodge tonight.'”
So Joshua called the twelve men whom he had appointed from the sons of Israel, one man from each tribe; and Joshua said to them, “Cross again to the ark of the Lord your God into the middle of the Jordan, and each of you take up a stone on his shoulder, according to the number of the tribes of the sons of Israel. “Let this be a sign among you, so that when your children ask later, saying, ‘What do these stones mean to you?’ then you shall say to them, ‘Because the waters of the Jordan were cut off before the ark of the covenant of the Lord; when it crossed the Jordan, the waters of the Jordan were cut off.’
So these stones shall become a memorial to the sons of Israel forever.” (Joshua 4:2-7, NASU)
Many of you know that the Lord encourages us to always look forward, to keep our eyes fixed on Jesus and where He is going. Paul says that in Philippians 3:13-14,  “Brethren, I do not regard myself as having laid hold of it yet; but one thing I do: forgetting what lies behind and reaching forward to what lies ahead, I press on toward the goal for the prize of the upward call of God in Christ Jesus.”(NASU)
And yet he later says in the next chapter, “Finally, brethren, whatever is true, whatever is honorable, whatever is right, whatever is pure, whatever is lovely, whatever is of good repute, if there is any excellence and if anything worthy of praise, dwell on these things. The things you have learned and received and heard and seen in me, practice these things, and the God of peace will be with you.” (Philippians 4:8-9, NASU)
So do we look back, as Joshua encouraged, or do we look forward, from what Paul instructed?
Can we say, “Look what the Lord has done!” in our lives, and believe Him for the future yet to come?
Imagine my surprise when I looked on my personal Facebook page on April 4, 2019 and saw that they had uploaded a photo from April 4, 1995, as part of their “See Your Memories” feature. It was a capture in time of my good friend Tom Fahey and I leading worship at a conference for Mahesh Chavda Ministries (All Nations Church) in the Charlotte, North Carolina area. From 24 years ago this month. 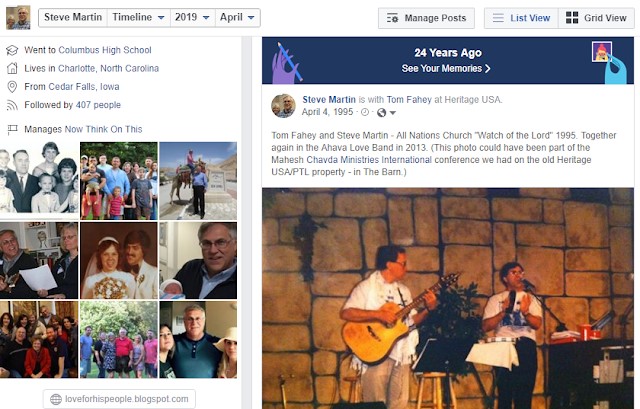 In 2013 I had posted it on Facebook, noting that Tom and I were once again leading others into the worship of our Lord and Savior, Jesus Christ, Yeshua HaMashiach, as members of our Ahava Love Band. At that time, it had been quite a while, 18 years, since we had played and sang together on a worship team. We also were members of Antioch International Church in Fort Mill, South Carolina, on the same Heritage USA former property, during that time, where we were united in worship leading, in that same time frame.
What really caught my attention in regard to this “See Your Memories” post was the message I wrote along with the photo in 2013, noting that it possibly could have been from the time we also led worship at a conference on the former Heritage USA/PTL property 1995. And then to see that it may have been in The Barn on that property, the large venue which Jim and Tammy Faye Bakker had built in the early 1980s, using it as a spiritual well for 1500 people, gathered to sing and give praise to our Lord every Friday night.
I know it well. Laurie and I were there a few times for those large gatherings, along with my Mom and Dad. We were living in Michigan back then and they in Iowa, between 1985-1987. We each had contributed for Lifetime Memberships and were making use of them.
So what is the big deal? And what is The Barn?
I have been writing in the last few months as to how the Lord is restoring His people – both for the Jews making Aliyah (returning) to Israel after centuries, and the Body of Christ coming back together, to be a mighty force in these last days. Both re-groupings are the fulfillment of prophecy, and the outworking of His plans and purposes for us and the nations.
Open eyes can see much of this happening now. Open hearts can experience it even more.
Back to the future – my good wife Laurie and I returned to The Barn in May 2018, as we rejoined our friends, our spiritual family, once again at Antioch International Church, who are the main occupants of the large facility, since their move there five years ago in April of 2014. Then in February 2019 Laurie and I once again were singing on that very same platform as part of the worship team. The very same place from where we had helped lead worship 24 years ago, along with Tom and several others. Sometimes I find it hard to believe.
In my heart, that moment was, and is, very special.
Does the Lord want us to look back? In many cases, I would certainly answer, “No.” No to those things which have caused hurt, shame, loss of hope, loss of life (natural and spiritual), and more. He wants us to forgive, forget, and move on. 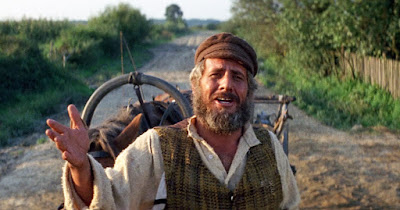 On the other hand, (recall Tevye in “Fiddler on the Roof”, when he was contemplating the situation, speaking, “On the one hand…on the other hand…”) I know the Lord wants us to recall some of the former things, for it brings us renewed hope, vision, and ability to see His promises fulfilled, showing His ongoing, never-stopping faithfulness.
He commanded Joshua to take stones from the river bed (see verses above) and build an altar on the other side, after crossing over. This was to be done in remembrance of His miraculous acts. It was to be able later to tell their children, “Look what the Lord has done!”

The Lord Jesus Christ, seated on the throne next to His Father God, along with the Holy Spirit, are moving in our land, and in the nation of Israel. They together are restoring the old wells of life, returning people to the places of their inheritance, and bringing hope and renewal into the hearts of their people, Jews, and Gentiles, the One New Man.

Even today I was watching the Jim Bakker Show online, as I often do, speaking about our Jewish roots. Jim was showing these photos from Heritage USA, which I share here.

There are more than seven ministries on the former Heritage USA property now. Each of the following has come and restored much of that which was lost, dead and buried. And now resurrected.
We need to give thanks to these, among others unnamed:
1. Rick Joyner at Morningstar – the Grand Hotel, Tower, and Administration building (approx. 2003)
2. Mahesh and Bonnie Chavda at All Nations Church – Fort Hope (26 acres across the railroad tracks, purchased and restored since 2000)
3. Vision for Israel (Barry & Batya Segal) – located on Main Street in the Grand Hotel (2009)
4. Dr. Peter Wyns, Jesse Enn, Matt Wyns at Christians For Messiah Ministries and Antioch International Church (The River Place complex) – The Barn, the Studio (since 2014)
5. Russell James – the Upper Room (2015)
6. Lathan Wood at The Movement – the Heritage warehouse and admin building (2016)
7. Todd Bentley with the Secret Place Church – Heritage storage (2016)
8. Jorge Parrott – CMM worldwide missions ministry – located in The Barn office building (2018)
These and all those on their staffs and volunteer teams have been used by the Lord to bring restoration in both the natural and the spiritual. 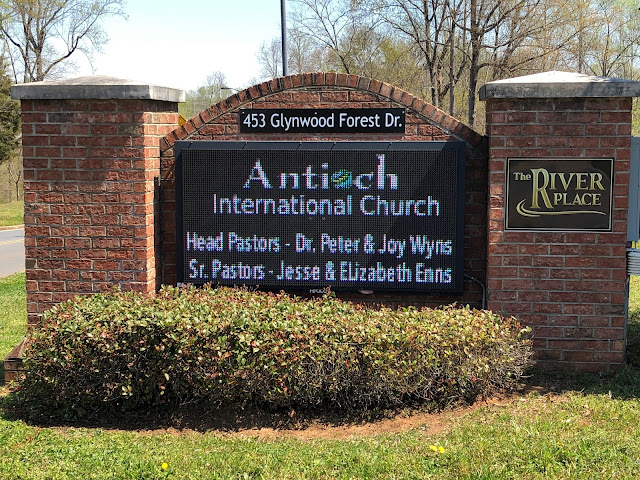 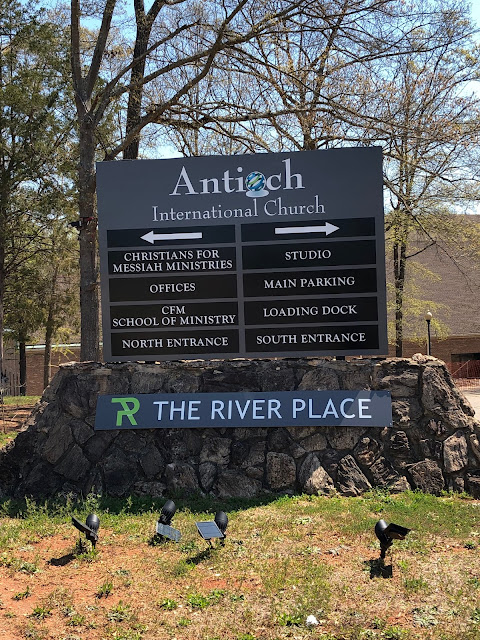 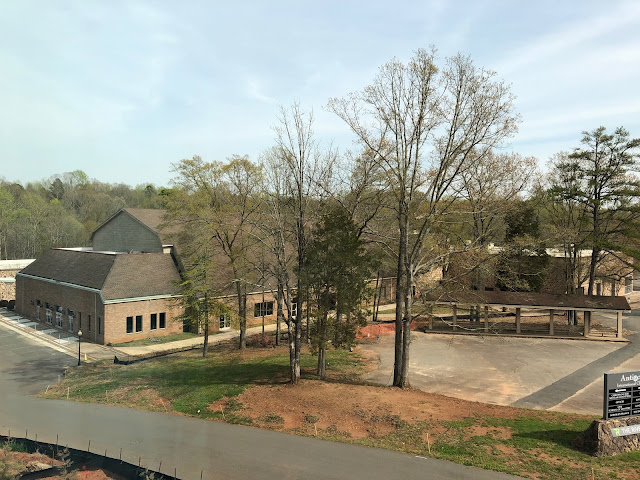 Back then, in the 1980s and 1990s, we were singing the song, “Look What the Lord Has Done!” (made popular by Karen Wheaton and Lindell Cooley.) We are singing it again!

After all, the Lord never changes. He is always giving us reason to sing and shout His praises!

I can give high praise today to the Lord and say to others, “Look what the Lord has done!” as I look back on these past 24 years. I see what the Almighty God of Israel has done in our lives. I see what He has done, and continues to do, in the lives of believers, here on the former Heritage USA property, in Israel, and in all the nations.

I trust you can say that too, once you consider His love and actions He has done for yourself.

Shalom and ahava (peace and love in Hebrew).
Now think on this,
Steve Martin
Founder/President
Love For His People, Inc.
If these messages have ministered to you, please consider sending a charitable gift of $10-$120 today, and maybe each month, to help us bless families in Israel whom we consistently help monthly through our humanitarian work. Your tax-deductible contributions receive a receipt for each donation. Fed. ID #27-1633858.
Please donate online safely through our website. Click here: DONATE
(or use the DONATE  buttons on the blog.)
Contribution checks can be sent to:
Love For His People, Inc.
P.O. Box 414
Pineville, NC 28134
Todah rabah! (Hebrew – Thank you very much.)
Please share Now Think On This with your friends on Facebook, Twitter, Instagram, Pinterest, Tumblr, and LinkedIn.  Others will be thankful you did.
Now Think On This #406 – in the year of our Lord 04.04.19 – “Look What the Lord Has Done” – Friday 5:35 am.
Love For His People, Inc. founded in 2010 by Steve & Laurie Martin. Charlotte, NC USA