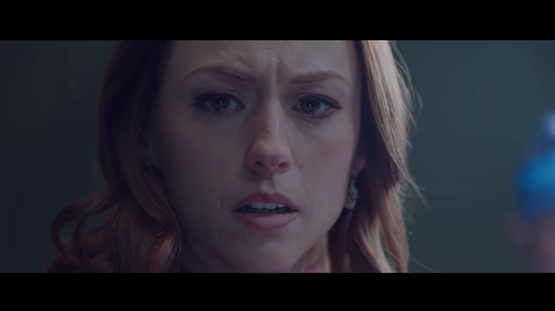 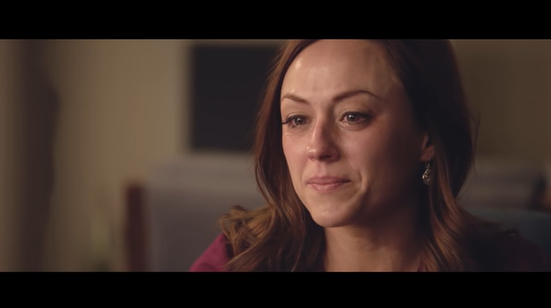 Dr. Anthony Levatino is a gynecologist who performed around 1,200 abortions early in his career before a stunning change of heart left him sickened and distraught, transforming him into an outspoken pro-life advocate.
Levatino, who still practices medicine, plays an abortion doctor in the new hit film Unplanned, a movie that tells the real-life story of Abby Johnson, a former Planned Parenthood director who fled her clinic and became one of the most prominent pro-life voices in America.
The doctor recently told “The Billy and Justin Show” all about his background, revealing that he was initially pro-choice in the 1970s and early 1980s when he was studying and later operating his independent practice.
But then his perspective started to change. Listen to Levatino tell his incredible story at the 32:30-mark:
Get Spirit-filled content delivered right to your inbox! Click here to subscribe to our newsletter.
Levatino and his wife were having difficulty conceiving, so they started the adoption process. During that time, he recalled recognizing a difficult juxtaposition: he was performing abortions and ending babies’ lives while he and his wife were working diligently to find a child to adopt.
READ ALSO: Filmmaker ‘Horrified’ by Abortion Just Unveiled a Bold Response
“We were fortunately able to adopt a child after a considerable amount of effort,” he said, noting that his wife ironically got pregnant right after the adoption.
With a son and a daughter suddenly completing Levatino’s family, he continued performing abortions—until a tragedy changed everything.
“Our daughter, Heather, whom we had adopted, was two months shy of her 6th birthday when she was struck and killed by a car out in front of our home,” he said.
READ ALSO: 4 Pro-Life Movies and Shows You Should Watch Right Now
It was an event that rocked Levatino to his core. When it came time to return to his practice, he found himself feeling ill after he started performing an abortion.

“I finished that abortion … for the first time in my career after all those years and all those abortions I looked … and I didn’t see her wonderful right to choose and I didn’t see what a great physician I was helping her with her problem,” he said. “And I didn’t even see the $800 cash I just made in 15 minutes. All I could see was somebody’s son or daughter.”
Levatino added, “That was the beginning of the end.”
Watch the trailer for Unplanned below:
A few months later, the doctor stopped performing second-trimester abortions. Not long after, he stopped performing all abortions.
READ ALSO: 7 Reasons Why Someone Would Choose Abortion
“Once you figure out that killing a baby the size of your hand for money is wrong, then it doesn’t take you too long to figure out that it doesn’t matter how big — it’s still her son or daughter,” he said.
Listen to Abby Johnson, the real-life inspiration for Unplanned, discuss her story and the film:
Unplanned is currently playing in theaters across America. Find out more and get your tickets here.

This article was originally published on Pure Flix Insider. Visit Pure Flix for access to thousands of faith and family-friendly movies and TV shows. You can get a free, one-month trial here.
Get Spirit-filled content delivered right to your inbox! Click here to subscribe to our newsletter.
Great Resources to help you excel in 2019! #1 John Eckhardt’s “Prayers That…” 6-Book Bundle. Prayer helps you overcome anything life throws at you. Get a FREE Bonus with this bundle. #2 Learn to walk in the fullness of your purpose and destiny by living each day with Holy Spirit. Buy a set of Life in the Spirit, get a second set FREE.
Love For His People, Inc. founded in 2010 by Steve & Laurie Martin. Charlotte, NC USA