3/7/2019 JESSILYN LANCASTER  charisma news
“I’m leaving the White House after a tremendous meeting on Middle East policy, things that we as evangelicals are very concerned about, peace in the Middle East, just some of the things that are going on, negotiations that are happening,” Franklin says in a video posted to social media.
“It’s a pretty exciting time, and a time that we need to be praying for the peace of Jerusalem, praying for our government, praying for our president and leaders as they are negotiating for peace.
“Just keep that in mind and do all that you can do on your knees in prayer and being vocal,” Franklin says. 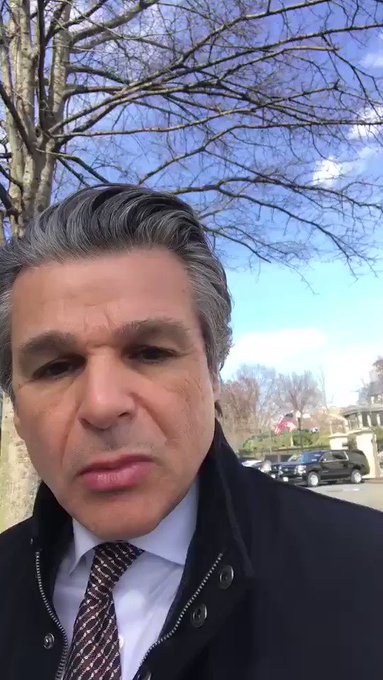 @Jentezen
Encouraging meeting today at the White House. It is so important to support and stand with Israel. Keep praying for our government, the President, the Supreme Court and all of our nation’s leaders.

88 people are talking about this
Twitter Ads info and privacy
Other leaders also shared their statements online. 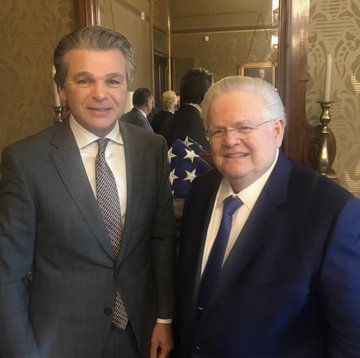 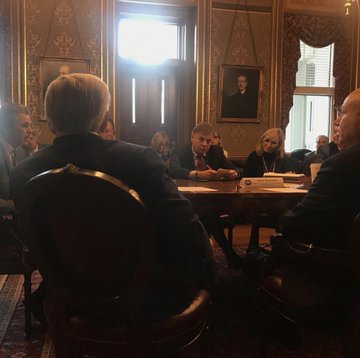 @Jentezen
Great meeting @WhiteHouse today. Thank u @pastorjohnhagee @Paula_White & other faith leaders for standing up for Isreal! @jdgreenblatt45 assistant to the President, @jennifersks @realdonaldtrump thank you for giving us your time on this critical issue 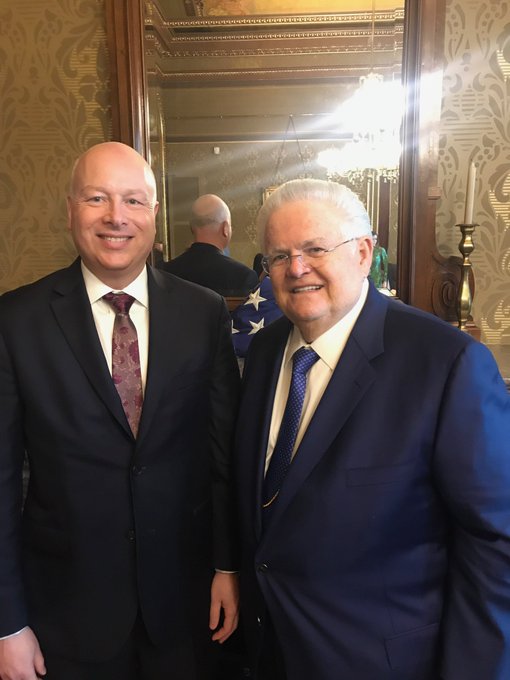 @CUFI
I was pleased to go to the White House today for a listening session with @jdgreenblatt45, and other faith leaders, to discuss the forthcoming peace plan. For Zion’s sake we will not keep silent, and for Jerusalem’s sake we will not hold our peace.

The Trump administration is in the midst of rolling out an Israeli-Palestinian peace plan.
According to CNN:

The top US officials will share details of the economic portion of their peace plan with several wealthy Arab countries as they look to secure financial support for the economic plan, which is designed to boost the Palestinian economy if Israelis and Palestinians reach a political settlement. Even though the officials will not address the administration’s vision for a political settlement, the presentations will be the most significant to date of the administration’s closely held peace plan. …
Senior adviser Jared Kushner and Jason Greenblatt, the special representative for international negotiations, will offer up the details to their counterparts during a weeklong trip at the end of the month to Saudi Arabia, Oman, Bahrain, the United Arab Emirates and Qatar, the senior White House officials said.
Kushner and Greenblatt will be looking for the countries to back the concepts of the economic plan, but will not be asking for immediate financial pledges, mindful that these governments will first want to see details of the political settlement the Trump administration plans to offer, two senior White House officials said.

Greenblatt told the Jewish Telegraphic Agency the Trump administration would not reveal the plan until after Israel’s April elections, but no formal deadline was set.
“We’ve developed an economic plan in addition to the political plan which is essential to not only make the political plan successful, but to make sure they can have the kinds of lives both Israelis and Palestinians deserve,” he said. “The economic plan is essential to any success of the political plan.”
Charisma News will update this story.
Get Spirit-filled content delivered right to your inbox! Click here to subscribe to our newsletter.
Great Resources to help you excel in 2019! #1 John Eckhardt’s “Prayers That…” 6-Book Bundle. Prayer helps you overcome anything life throws at you. Get a FREE Bonus with this bundle. #2 Learn to walk in the fullness of your purpose and destiny by living each day with Holy Spirit. Buy a set of Life in the Spirit, get a second set FREE.
Share
Tweet
Email
More See an error in this article? Send us a correction
Related topics: Israel | White House
Love For His People, Inc. founded in 2010 by Steve & Laurie Martin. Charlotte, NC USA