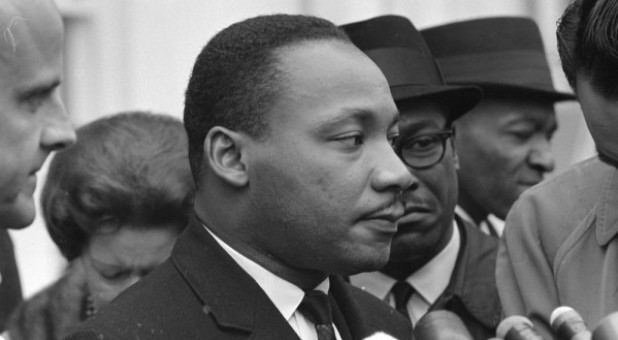 The Hebrew Influence in the Life, Name of Dr. Martin Luther King Jr

1/21/2019 EDDIE HYATT  charisma news
In the thinking of the ancient Hebrews, a person’s name was bound up with that person’s existence. Parents gave names to their children based on their hopes and aspirations for that child. A change of circumstances or a change of character often called for a new name to express the change that had taken place, as in the case of Abram to Abraham and Jacob to Israel. The name could, in fact, stand for its owner to such an extent that it could become a concept interchangeable with him.
Dr. Martin Luther King Jr. was not born with that name. He was born Michael King, Jr. on Jan. 15, 1929. His father, however, being a Baptist minister, understood this Hebrew concept of the significance of names; and through an unexpected providential set of circumstances, he was led to give his 5-year-old son a new name that defined his life and work. It happened like this.
In 1934, Dr. King’s father, Rev. Michael King Sr., traveled with a group of Baptist pastors to the Holy Land and then attended a week-long Baptist World Alliance conference in Berlin.
While in Germany, King and others visited many of the religious, historical sites related to Martin Luther and his work of Reformation. They saw, for example, the Wittenberg church where Luther boldly nailed his 95 theses, an act by which he challenged the oppressive papal system and ignited the Protestant Reformation.