Israel has no better friends than those in the global Evangelical Christian community. And the global Evangelical Christian community has no better friend than Israel.
That was the message conveyed on Sunday by Israel Prime Minister Benjamin Netanyahu to Brazil’s massive Evangelical Christian community.
Netanyahu is in Brazil with his wife, Sara, and their eldest son, Yair, to attend the inauguration of President-elect Jair Bolsonaro.
Similar to the election of Donald Trump in the US, the inexperienced and controversial Bolsonaro is believed to have been swept into office by Brazil’s Evangelical Christians, who were fed up with long years of corrupt and ineffective governance by liberal lawmakers.
Also like Trump, the brash Bolsonaro has ruffled feathers both at home and abroad with his unequivocal support for Israel and his promise to move Brazil’s embassy to Jerusalem.
In addressing a gathering of Brazilian Christians, Netanyahu called the relationship between local believers and the Jewish state “an alliance of brothers.”
View image on Twitter 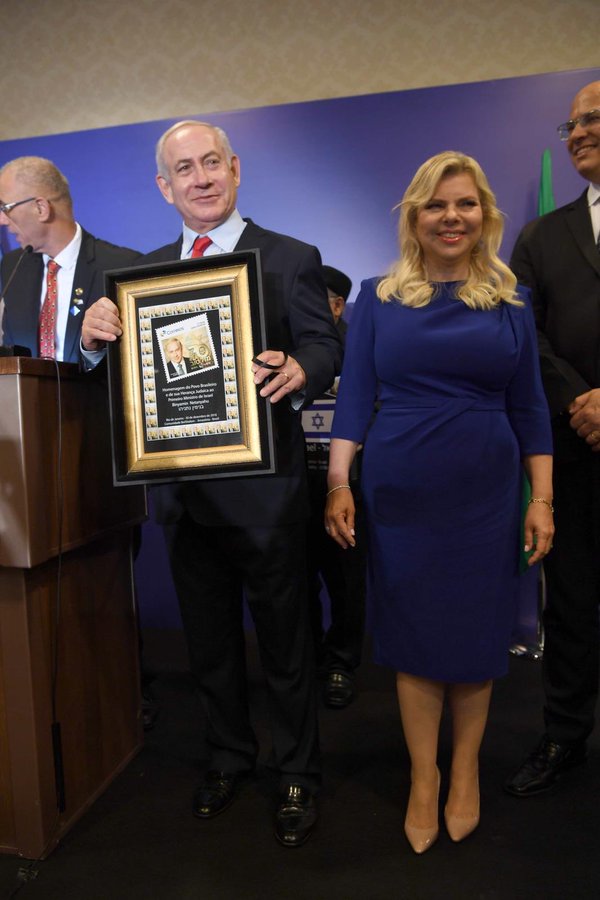 3,206 people are talking about this
Twitter Ads info and privacy
Netanyahu was presented with a commemorative postal stamp issued by the Brazilian state of Amazonas in celebration of the modern State of Israel’s 70th anniversary. The stamp features the likeness of Netanyahu along with the word “Savior” in Hebrew.

Want more news from Israel?Click Here to sign up for our FREE daily email updates
Love For His People, Inc. founded in 2010 by Steve & Laurie Martin. Charlotte, NC USA