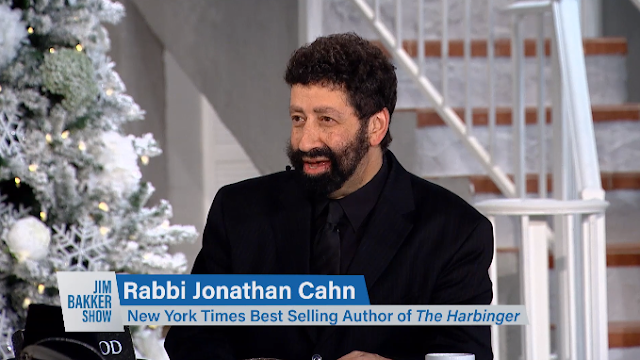 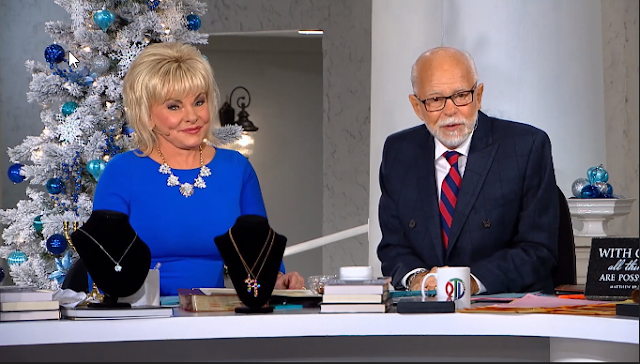 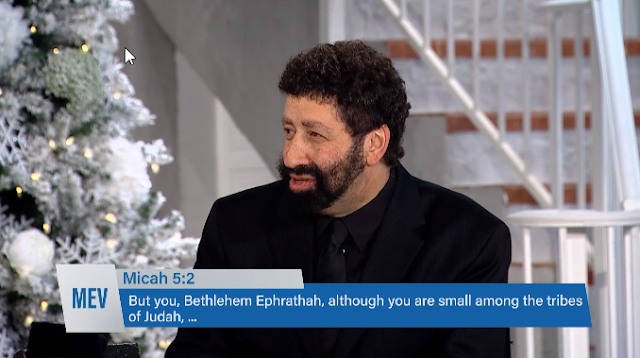 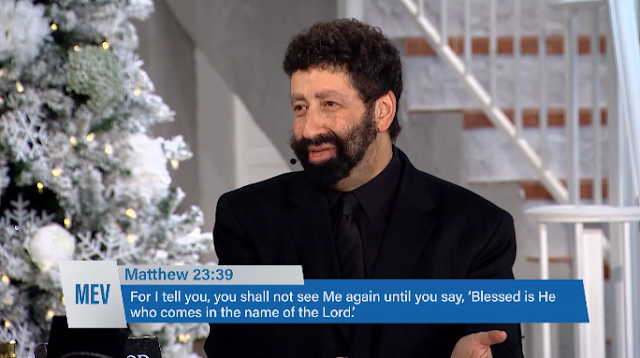 Galatians 6:1 KJV Brethren, if a man be overtaken in a fault, ye which are spiritual, restore such an one in the spirit of meekness; considering thyself, lest thou also be tempted.
Micah 5:2 MEV But thou, Bethlehem Ephratah, though thou be little among the thousands of Judah, yet out of thee shall he come forth unto me that is to be ruler in Israel; whose goings forth have been from of old, from everlasting.
Isaiah 9:6-7 MEV For unto us a child is born, unto us a son is given, and the government shall be upon his shoulder. And his name shall be called Wonderful Counselor, Mighty God, Eternal Father, Prince of Peace. Of the increase of his government and peace there shall be no end, upon the throne of David and over his kingdom, to order it and to establish it with justice and with righteousness, from now until forever. The zeal of the Lord of Hosts will perform this.
Isaiah 11:1 MEV And there shall come forth a shoot from the stump of Jesse, and a Branch shall grow out of his roots.
Jeremiah 22:24-30 MEV As I live, says the Lord, though Koniah the son of Jehoiakim king of Judah were the signet on My right hand, yet would I pluck you from there. And I will give you into the hand of those who seek your life and into the hand of those whose face you fear, even into the hand of Nebuchadnezzar king of Babylon and into the hand of the Chaldeans. I will cast you and your mother that bore you out into another country where you were not born, and there you shall die. But to the land where they desire to return, they will not return there. Is this man Koniah a despised broken jar? Is he a vessel in which is no desire? Why are he and his seed cast out and thrown into a land which they had not known? O land, land, land, hear the word of the Lord! Thus says the Lord: Write down this man childless, a man who will not prosper in his days; for no man of his seed shall prosper, sitting on the throne of David and ruling any more in Judah.
Matthew 1:6 MEV Jesse was the father of David the king. David the king was the father of Solomon, by her who had been the wife of Uriah.
Matthew 1:20 MEV But while he thought on these things, the angel of the Lord appeared to him in a dream saying, “Joseph, son of David, do not be afraid to take Mary as your wife, for He who is conceived in her is of the Holy Spirit.
2 Kings 22:2 MEV He did what was right in the sight of the Lord and walked in all the ways of David his father. He did not turn aside to the right hand or to the left.
Matthew 1:19 MEV Then Joseph her husband, being a just man and not willing to make her a public example, had in mind to divorce her privately.
Matthew 2:23 MEV And he went and lived in a city called Nazareth, that what was spoken by the prophets might be fulfilled, “He shall be called a Nazarene.”
Zechariah 6:12 MEV And say to him: Thus says the Lord of Hosts: Here is a man whose name is Branch; for he shall branch out from his place, and he shall build the temple of the Lord.
Jeremiah 33:15 MEV In those days and at that time, I will cause a righteous Branch to spring up for David; and he shall execute justice and righteousness in the earth.
Ezekiel 1:1 MEV In the thirtieth year, in the fourth month, on the fifth day of the month, as I was among the captives by the river of Kebar, the heavens were opened and I saw visions of God.
Ezekiel 1:6 MEV Every one had four faces, and every one had four wings.
Luke 2:7 MEV And she gave birth to her firstborn Son, and wrapped Him in strips of cloth, and laid Him in a manger, because there was no room for them in the inn.
Matthew 1:16 MEV And Jacob was the father of Joseph, the husband of Mary, of whom was born Jesus, who is called Christ.
1 Peter 2:9 MEV But you are a chosen race, a royal priesthood, a holy nation, a people for God’s own possession, so that you may declare the goodness of Him who has called you out of darkness into His marvelous light.
Romans 10:9 MEV That if you confess with your mouth Jesus is Lord, and believe in your heart that God has raised Him from the dead, you will be saved.
Isaiah 54:17 KJV No weapon that is formed against thee shall prosper; and every tongue that shall rise against thee in judgment thou shalt condemn. This is the heritage of the servants of the Lord, and their righteousness is of me, saith the Lord.

Has the ‘Signature’ of Biblical Prophet Isaiah Been Discovered?-National Geographic
Love For His People, Inc. founded in 2010 by Steve & Laurie Martin. Charlotte, NC USA