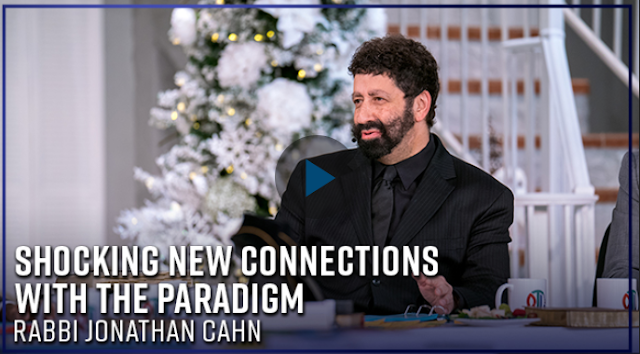 Shocking New Connections With The Paradigm

Galatians 6:1 MEV Brothers, if a man is caught in any transgression, you who are spiritual should restore such a one in the spirit of meekness, watching yourselves, lest you also be tempted.
Ephesians 2:19 MEV Now, therefore, you are no longer strangers and foreigners, but are fellow citizens with the saints and members of the household of God.
John 10:22 MEV The Feast of the Dedication[a] was at Jerusalem, and it was winter.
Genesis 12:3 MEV “I will bless them who bless you and curse him who curses you, and in you all families of the earth will be blessed.”
Daniel 7:7 MEV After this I saw in the visions at night a fourth beast, dreadful and terrible, and exceedingly strong. And it had great iron teeth. It devoured and broke in pieces, and stamped the rest with its feet. And it was different from all the beasts that were before it, and it had ten horns.
Revelation 13:17 MEV So that no one may buy or sell, except he who has the mark or the name of the beast or the number of his name.
2 Timothy 3:2 MEV Men will be lovers of themselves, lovers of money, boastful, proud, blasphemers, disobedient to parents, unthankful, unholy.
Matthew 24:37 MEV As were the days of Noah, so will be the coming of the Son of Man.
Matthew 24:7 MEV For nation will rise against nation, and kingdom against kingdom. There will be famines, epidemics, and earthquakes in various places.
Matthew 24:14 MEV And this gospel of the kingdom will be preached throughout the world as a testimony to all nations, and then the end will come.
Acts 2:17 MEV ‘In the last days it shall be,’ says God, ‘that I will pour out My Spirit on all flesh; your sons and your daughters shall prophesy, your young men shall see visions, and your old men shall dream dreams.