‘Miracle’ Kept 50 IDF Soldiers From Being Killed by Hamas Missile

Tuesday, November 13, 2018 |  Israel Today Staff
Hamas terrorists operating on the edges of the Gaza Strip on Monday fired an anti-tank missile at a passenger bus driving on the Israeli side of the border.
Just minutes earlier, the bus, which had no military markings, had dropped off some 50 Israeli soldiers at a gathering point ahead of expected operations against the Palestinian terror group.
Two people were wounded in the strike, which can be seen in the video above–the 25-year-old Arab bus driver and a 19-year-old IDF soldier who was standing near the bus when it was hit. The soldier was initially listed in critical condition, but successfully underwent emergency surgery and is not being monitored in Intensive Care.
According to numerous online reports, the driver, whose injuries were not life-threatening, told doctors at Soroka Medical Center in Beersheva that it was a “miracle” that the soldiers on his bus were not killed, and that the incident proves that “God loves the Jews.”

@skjask
This bus had an Arab driver. In his shock while being treated (thank God he lived), he said, “God loves you. I just let off 50 soldiers from the bus. A minute later the bus was hit. 60 seconds earlier and you would have had 50 dead soldiers.”
Liveuamap MiddleEast@lummideast
Replying to @lummideast
Over 80 rockets fired into Southern Israel as for now, several hits in Netifot, Ofakim, Sderot. Shrapnel wounds. Many rockets were intercepted by Iron Dome https://israelpalestine.liveuamap.com/en/2018/12-november-over-80-rockets-fired-into-southern-israel-as … pic.twitter.com/vgENMJqSpP via @simonarann #IsraelPalestine 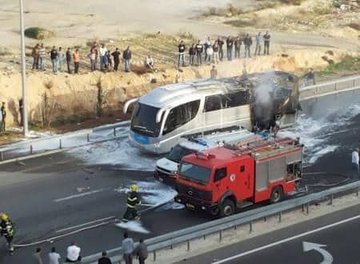 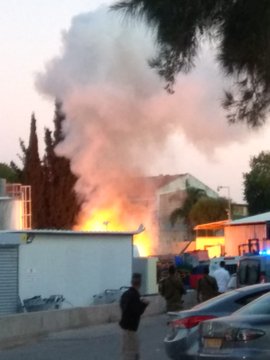 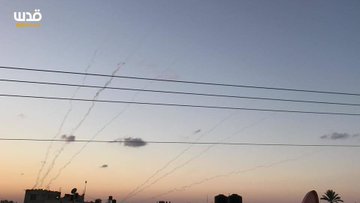 364 people are talking about this

Want more news from Israel?Click Here to sign up for our FREE daily email updates
Love For His People, Inc. founded in 2010 by Steve & Laurie Martin. Charlotte, NC USA