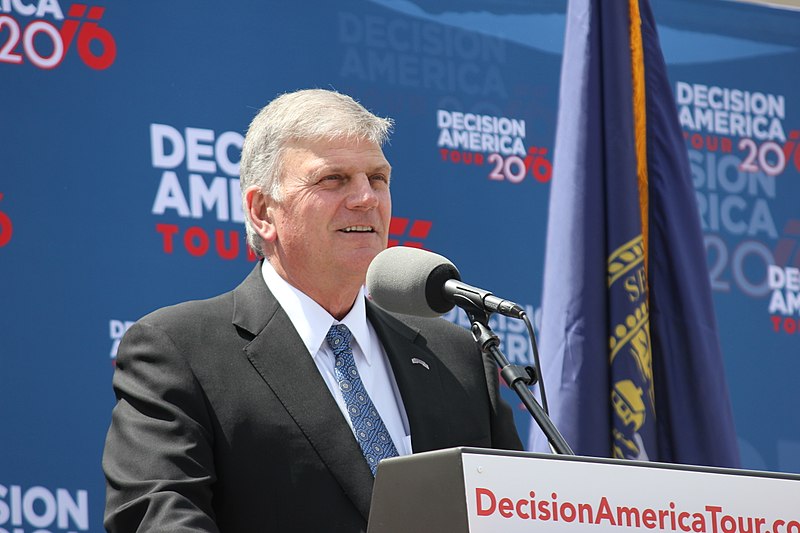 When Planned Parenthood of Greater Ohio announced that “faith leaders” would be blessing the East Columbus Surgical Center in Columbus on November 9th, pro-lifers were shocked. This is not the first time the industry has had pro-abortion clergy “bless” their facilities, but the upcoming “Holy Ground: Blessing the Sacred Space of Decision” event has garnered significant attention.

Rev. Franklin Graham, son of the late Billy Graham, reacted to the news on his Facebook page and his words are thought-provoking for Christian and non-Christians alike. Graham likened blessing an abortion facility to “blessing murder,” adding, “They are blessing actions that are against the laws of God. That would be like priests standing outside the gas chambers at Auschwitz and blessing the murder of innocent Jews. Such evil.”

Franklin’s comparison to the Holocaust will no doubt shock many people, but others see it as apt. Abortion ends the life of a unique human being with a beating heart, and the number of deaths from it — not unlike the number of people killed in the Holocaust — is on a scale that is hard to grasp. As the victims of the Holocaust during World War II were primarily Jews and other ethnic groups the Nazis deemed undesirable, the victims of this modern day “legal procedure” are deemed “unwanted” or unfit due to disability.

READ: Slavery, genocide, and abortion — the worst human rights injustices of all time

Graham wrote, “My prayer is that young mothers will realize the truth and look at other alternatives that do not include murder.” He encouraged his followers, “Pray for women who might be facing that situation now, and pray for the many Christ-centered pregnancy centers around the country who are speaking the truth about abortion every day and working to save lives one at a time.”

Rev. Graham has not been afraid to discuss life issues, writing on his Facebook page earlier this year, “An abortion is the killing of a child in the womb, intentionally ending a life.”