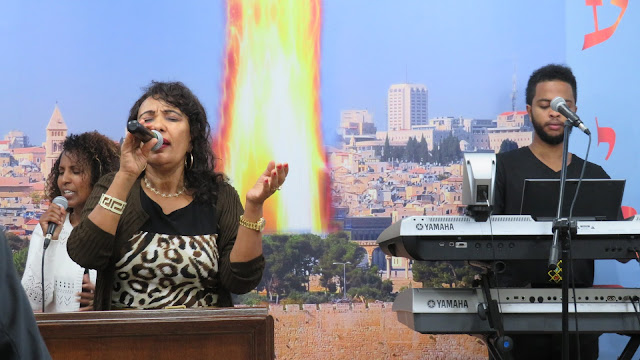 Menalu Gedamu leads worship
Ethiopian Jews Messianic congregation Shabbat service – Rabbi Kokeb Gedamu with Amud HaEsh in Jerusalem, Israel
(Oct. 20, 2018  Photos by Steve Martin)
What a joy it was to join with Rabbi Kokeb Gedamu and the Amud HaEsh (Pillar of Fire) congregation for Shabbat, celebrating the Creator of Shabbat Himself, Yeshua HaMashiach, Jesus Christ. Their exuberant expression of love and praise for our Lord was very apparent, even though I didn’t know a single word of Amharic, their Ethiopian language. (Though I did catch some Hebrew words I know – Yeshua, Baruch, Hashem, Adonai, and of course Hallelujah!)
Kokeb met with me before the service and actually went over his sermon briefly to give me some understanding of what the people would hear. That was very thoughtful of him. In short, he would teach on the importance of why Yeshua (Jesus) rode into Jerusalem on a donkey, and four concepts we can learn from this as believers.
I just now realized as I am writing this that I am in that very city, Jerusalem, where it happened 2,000 years ago! Wow! A reason among many as to why you should make a trip to Jerusalem too! Experience where He walked, was crucified, buried, and rose from the dead. And yes, the Risen Messiah is coming back again. To this very city in Israel, the promised land of the Jews.
I hate to use an overused word in “Christian” circles, but I will. This time together was powerful. The Holy Spirit, Ruach HaKodesh, came among His people, touching broken hearts, reviving weary souls, and giving encouragement to these who have faced so much since making aliyah (immigrating) to Israel, in fulfillment of biblical prophecy by the Jewish prophets of old – that the God of Israel would return His people to the place where He had scattered them from, into all the nations, and bring them back home. This is truly one of the major signs of His soon return in these end days.
We look forward to the times of being back with these brothers and sisters. In the meantime, I expect we will be giving support as we can, to acknowledge and strengthen what we see our Lord doing in their midst.
We all can shout the word together, known in all languages, “Hallelujah”!!!!
Shalom from Jerusalem,
Steve Martin
Founder/President
Love For His People, Inc.
Charlotte, NC USA
P.S. You can view the nine videos I took during the service, along with the other videos I recorded during this week here in Jerusalem, on the Love For His People YouTube channel.
Click here for the playlist: Jerusalem October 2018 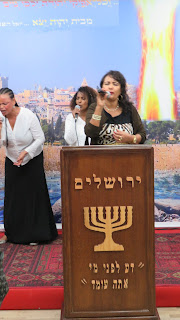 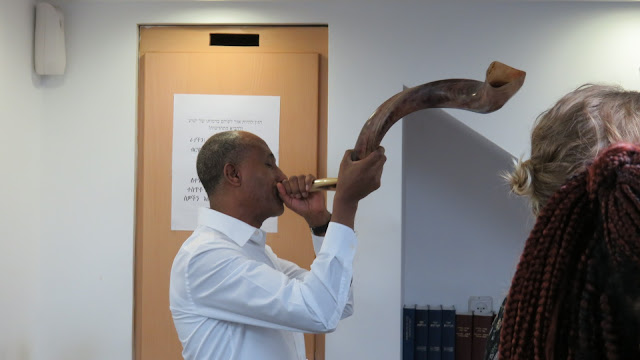 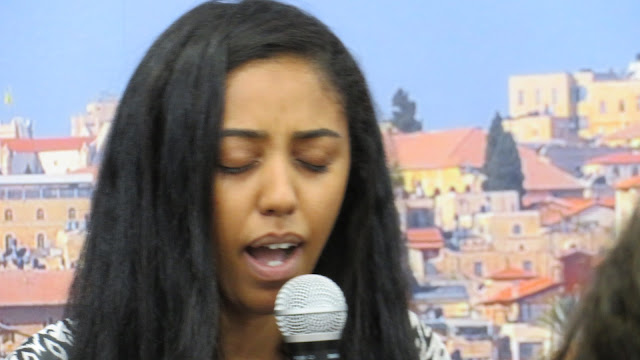 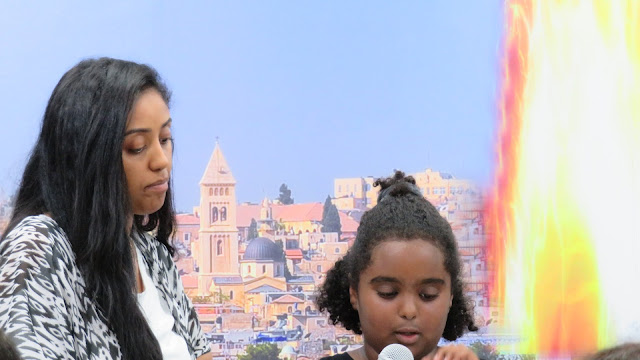 Reading her lesson she did in Hebrew 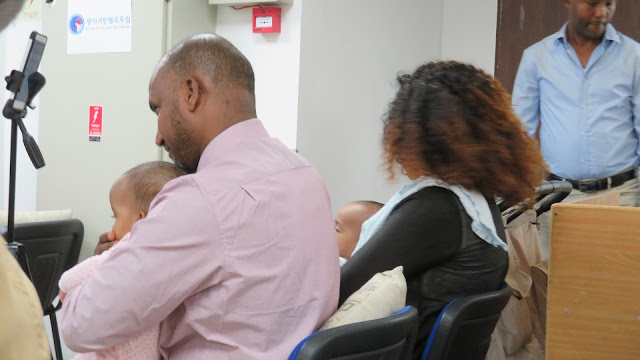 Growing the congregation. Two at a time! 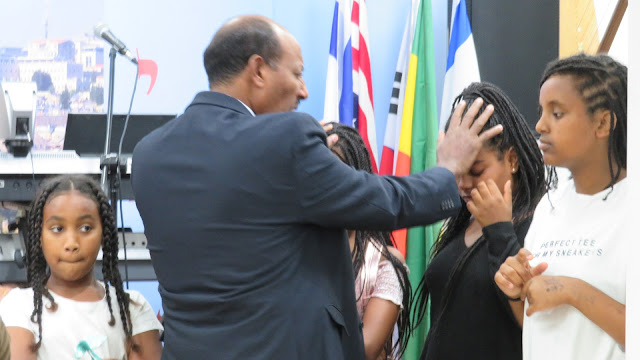 Rabbi Kokeb prays for each child before their lesson 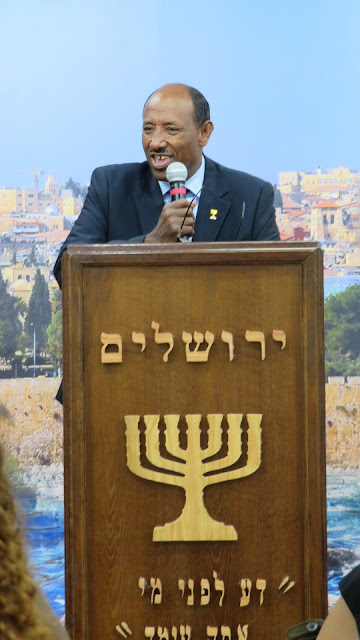 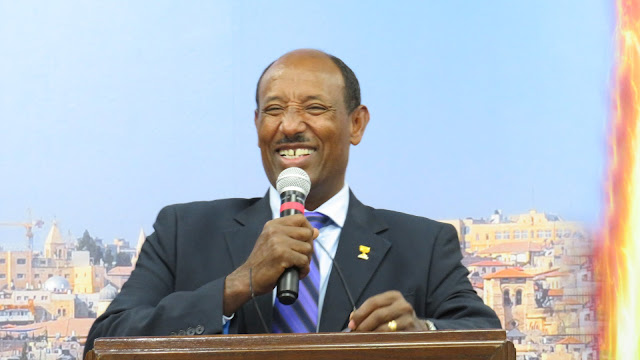 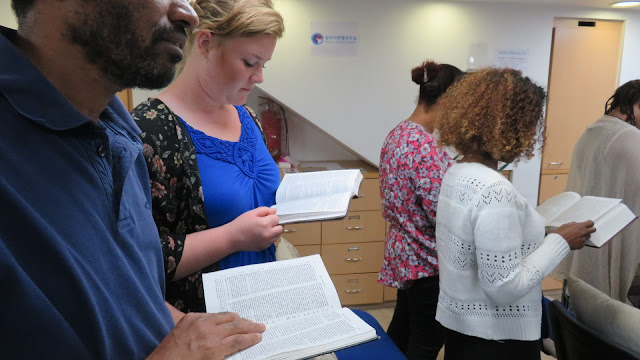 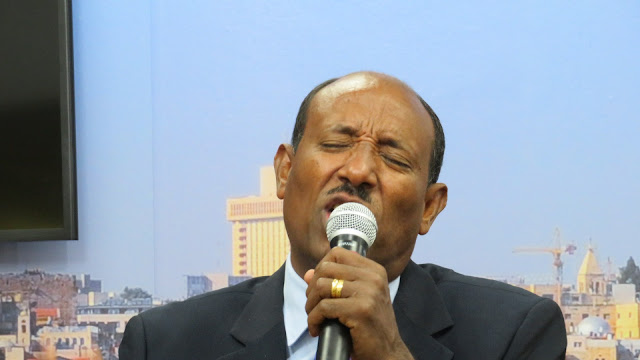 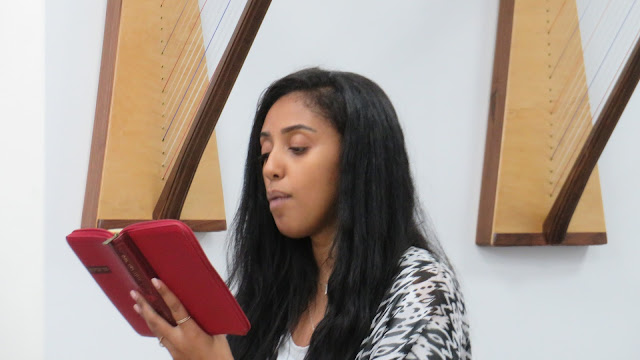 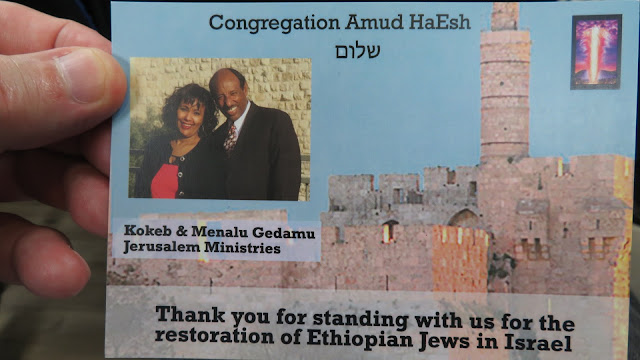 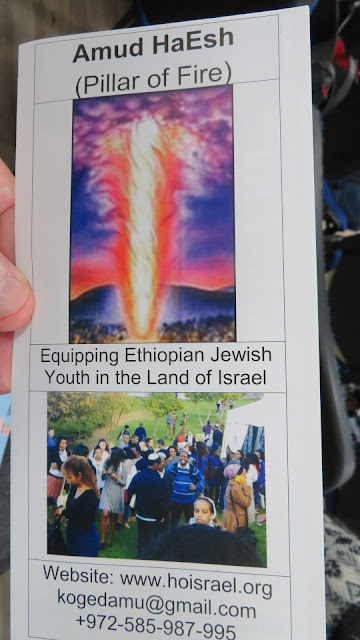 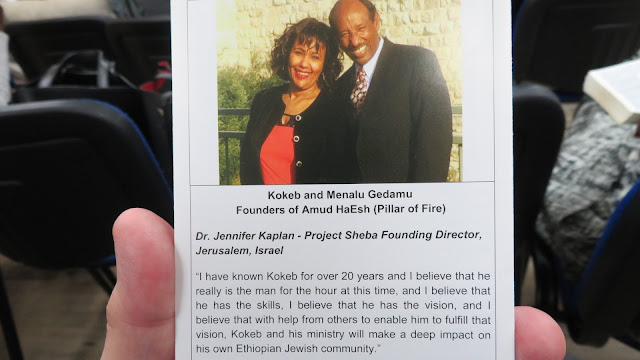 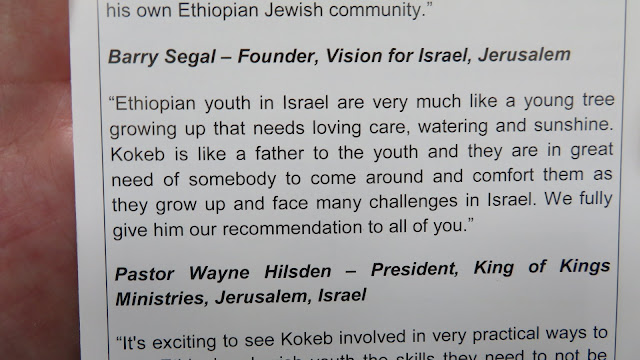 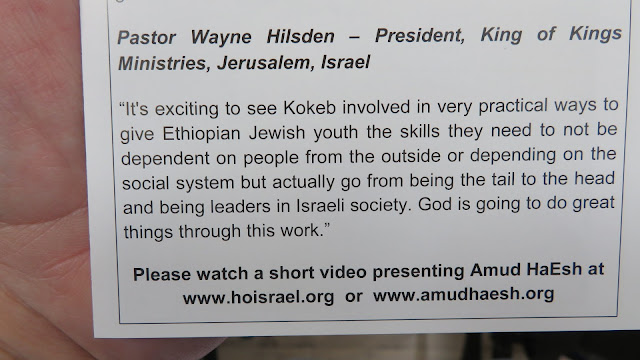