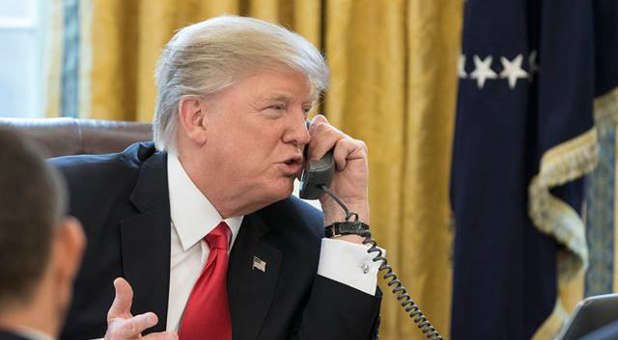 10/1/2018 GARY LANE/CBN NEWS
Will the populist wave that swept Donald Trump into the White House continue beyond the upcoming midterm election, even though the president’s name isn’t on the ballot?
Steve Hilton, host of the Fox News show The Next Revolution and author of the book Positive Populism says the trend may likely move forward because it is really a movement advanced by people from both major political parties.
“Populism isn’t just a phenomenon on the right. You see it also on the left with Bernie Sanders and support for him in the 2016 campaign. So, I think working Americans generally want really big change,” Hilton explained.
Appearing on the CBN News program The Global Lane, Hilton said the elite still don’t understand the pent-up frustration many Americans felt for years about a Washington policy agenda that advanced globalization, automation in the economy, centralization of government and uncontrolled immigration.
Get Spirit-filled content delivered right to your inbox! Click here to subscribe to our newsletter.
“All those things benefited the people at the top. They did really well out of it. So, their lives were great and that’s why I think they missed it,” said Hilton. “And they didn’t understand just how angry people had gotten about the fact whether they voted Republican or Democrat nothing ever seemed to change. The rich got richer and their lives seemed to get worse.”

Enter Donald Trump. He tapped into the discontent of the middle class during the 2016 presidential campaign—especially in America’s Rust Belt where people were left without jobs and economic security.
But does Trump really believe in populism, or did he just use it to win the White House and obtain power? Some people say the president is an elitist because he’s a billionaire. So, how is Donald Trump different from other wealthy, powerful people?
“There’s a difference between the elite and elitism. Elitism in my view is an ideology of some of the policies I was explaining—the globalism and so-on. It’s a policy agenda, elitism that benefits the elite. You can be in the elite a member of it and reject elitism,” Hilton explained.

For the rest of this story, visit our content partners at CBNNews.com. Copyright The Christian Broadcasting Network, all rights reserved.
Get Spirit-filled content delivered right to your inbox! Click here to subscribe to our newsletter.
Love For His People, Inc. founded in 2010 by Steve & Laurie Martin. Charlotte, NC USA

Recession 2017? Things Are Happening That Usually Never Happen Unless A New Recession Is Beginning – Michael Snyder THE ECONOMIC COLLAPSE BLOG