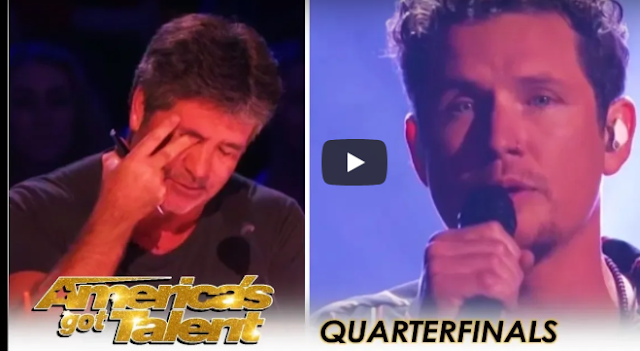 Worship Leader Brings Simon Cowell, Other Judges to Tears on ‘America’s Got Talent’ Michael Ketterer in a scene from the film “I Am Second.” Image courtesy:
White Chair Films/Youtube.
In show business, the first rule is – you always leave the audience wanting more. When
Influence Church Worship Pastor Michael Ketterer hit the stage Tuesday night for the live quarterfinal
competition on NBC’s “America’s Got Talent”, he left the judges and the audience in tears – literally.

Ketterer, a former member of the Christian group United Pursuit, brought judge Simon Cowell to tears
with his rendition of James Bay’s Us.

Cowell, who’s normally one of the gruffest people in reality television, seemed very moved by

Ketterer’s performance even telling host Tyra Banks that the singer was “an amazing human being.” Health Experts Agree with Simon Cowell? For a Happier Life, Turn Off Your Phone

Ketterer and his wife Ivy, are the parents of six children, five of which were adopted through foster care. Cowell choked back tears when telling Ketterer what an inspiration he is to everyone on the show.

“Michael, as a dad I can’t imagine what you’ve done. And the fact that you’re on this show and you

The other judges agreed with Cowell.

The following day, after his performance, the couple released a video to Youtube titled “I Am Second,”

sharing the Ketterers story of how they came to adopt five children.

In the film produced by White Chair Productions, Ketterer also explains how extremely special it was

to get to perform a song to his children in front of the world – and he how he got to tell them how
much he loved them.

Ketterer also admits that he wasn’t ready to be a father as he was extremely immature.

the Influence Church’s ministry) are members of the Christian group Influence Music, a record label
and artist collective under the church’s oversight.

The group released its debut album, Touching Heaven, in May, according to the church’s website.

Their debut album is a compilation of songs written last year during a writing camp in which worship
artists and LA-based pop writers participated.
Love For His People, Inc. founded in 2010 by Steve & Laurie Martin. Charlotte, NC USA