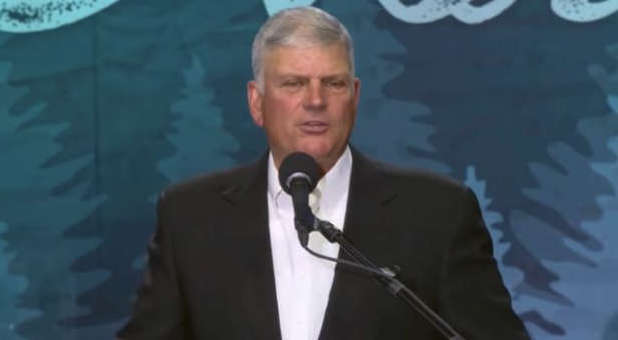 Franklin Graham to Chelsea Clinton: ‘What a Lie’ About Abortion

8/20/2018 DONNA RUSSELL/CBN NEWS
Evangelist Franklin Graham passionately criticized a recent speech by former First Daughter Chelsea Clinton who claims there are huge economic benefits from abortion.
“What a lie. Hitler probably also claimed that killing the Jews would be good for their economy,” Graham wrote in a Facebook post.
Graham was referencing a speech by the daughter of former President Bill Clinton and former Democratic presidential nominee Hillary Clinton where she says America’s economy benefitted from legalizing abortion.
“It is not a disconnected fact … that American women entering the labor force from 1973 to 2009 added three and a half trillion dollars to our economy. The net, new entrance of women—that is not disconnected from the fact that Roe became the law of the land in January of 1973,” Clinton said in her speech.

As Graham pointed out, Hitler did, in fact, make a similar economic argument, claiming that the Jewish people were holding back Germany’s working class from achieving success.
Graham says legalizing abortion has done the opposite of helping our country, saying, “It has cost this nation more than 60 million lives—lives precious to God. Just think of the contribution these people would have made.”
Clinton spoke at the Rise Up for Roe Tour on its first stop in New York City. The pro-choice event is aimed at defending Roe v. Wade and opposing the Supreme Court nomination of Brett Kavanaugh.

For the rest of this story, visit our content partners at CBNNews.com. Copyright The Christian Broadcasting Network, all rights reserved.
Love For His People, Inc. founded in 2010 by Steve & Laurie Martin. Charlotte, NC USA

May 15, 2022 Lance Wallnau 198K subscribers Today we’re talking about you! You need to know who you are to

Barry Wunsch: “You Will See What’s Really Going On!” – ElijahStreams

You Are Getting New Shoes – Steve Martin, Love For His People ministry