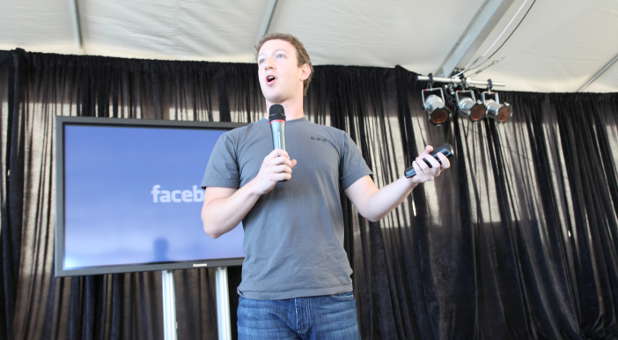 8/17/2018 THE KAIROS COMPANY  CHARISMA NEWS
Internal Facebook analytics reveal that as of Thursday, Aug. 16, at 10:00 p.m. PDT, posts by PragerU on the social media platform have been completely invisible to its more than 3 million followers. In a post by PragerU media personality Will Witt, the nonprofit revealed that the organization’s last nine posts have been blocked by the social network, including two videos which have been deleted completely as “hate speech.” Currently, visitors to PragerU’s Facebook page are unable to see any of its most recent posts:
“Our last 9 posts have been completely censored reaching 0 of our 3 million followers. At least two of our video posts were deleted last night for ‘hate speech’ including a post of our recent video with The Conservative Millennial, Make Men Masculine Again, ” wrote Will Witt on Facebook.
“This is a first for us,” says PragerU CMO Craig Strazzeri. “While we’ve experienced blatant discrimination from Google/YouTube, which is why we’ve filed legal action against them, this represents a whole new level of censorship by Facebook. At this point, Facebook has provided little clarity saying it will get back to us in another two to three business days, which in the world of social media might as well be an eternity.

“This is very troubling behavior from the world’s largest social network. Not only are they obviously ratcheting up their algorithms to target mainstream, conservative content and labeling it as hate speech, but they are now completely blocking our posts from public view. This is shocking and it should deeply concern every single American.”
This newest development on Facebook comes just 10 months after PragerU first filed its lawsuit against Google/YouTube in U.S. District Court, and just days after discovering that 47 additional PragerU videos have been restricted by YouTube. This brings the total number of PragerU videos restricted on YouTube to 88, or more than 10 percent of educational nonprofit’s entire online media library. Many families enable restricted mode in order to keep inappropriate and objectionable adult and sexual content away from their children, not to prevent them from watching animated, age-appropriate, educational videos.
PragerU v. Google/YouTube, has placed the educational media organization at the center of a heated national debate about freedom of speech online, and carries with it profound implications for both the future of the First Amendment and more generally, political debate in America. The court case is currently being appealed at the Ninth Circuit Court. More than a half million grassroots supporters have added their names to PragerU’s online petition and thousands more have donated in support of the organization’s legal fund.