Jenny Lamey and Walter Carr. Photo Credit: Jenny Lamey/Facebook
‘You Inspired a Lot of People, Including Me!’ Franklin Graham Applauds Student
Who Walked 20+ Miles for His First Day on the Job
07-18-2018
CBN News Steve Warren

overnight to get to his new job on Wednesday via social media.

In a Facebook post, Graham wrote: “This Alabama college student was NOT going to be late for his

first day of work with a moving company—not if he could help it!

“When his car broke down and a ride fell through, Walter Carr’s phone said it would take him 7+ hours

to walk the 20 miles to get there. Out of options—but with plenty of determination—Walter headed
out on foot, and he walked all night to get there by morning!” Graham recounted.
Related Student Walks 20+ Miles Overnight to Get to Work: Police and CEO Do Something Beautiful

“When the CEO of the company found out, he was so impressed and touched that he gave Walter his

own personal car as a gift! He knew that this was the kind of person he wanted working for his
company,” the evangelist wrote.

“Walter turned his moment in the spotlight into a great testimony. He told the media, “I want to thank

God because without Him I wouldn’t be here. God blessed me to be a blessing. Whatever challenges
God puts in front of me, I know it’s for a reason,” Graham noted.

“Congratulations Walter—you’ve inspired a lot of people, including me! Your commitment and goals

are admirable. I’m sure you’ll do well in your new job, in school, and as you pursue serving in the
military. God will continue to use you and direct your steps if you look to Him—that’s a promise in
Proverbs 3:5-6!” he continued.

As CBN News reported, Carr’s dedication astounded not only Jenny Lamey and her husband,

the couple he was helping to move, but also the Pelham Police Department.

deleted. She wanted to make sure his story was told.

“I just can’t tell you how touched I was by Walter and his journey,” she wrote. “He is humble and

kind and cheerful and he had big dreams!”

“He certainly made an impact on us!” 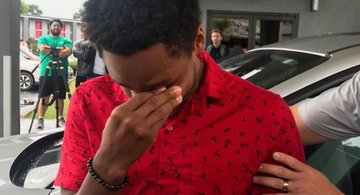 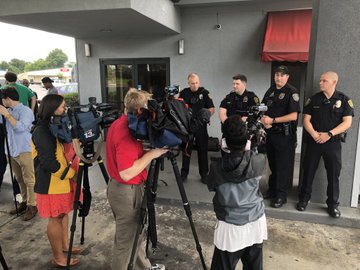 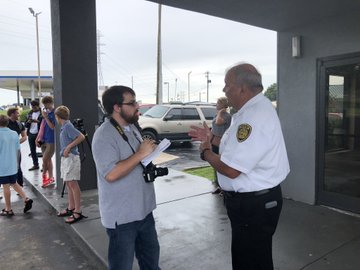 Pelham Police Dept@PelhamPoliceAL
Proud to have encountered this young man. He certainly made an impact on us!#PelhamPD #belikewalter

And Carr won’t have to worry about repairs or gasoline for the car that his boss gave him. Lamey

set up a GoFundMe page earlier this week to raise money to fix Carr’s vehicle.
As of Wednesday evening, the GoFundme account totaled $65,419, donated by more than 1,600
people in less than two days.
Love For His People, Inc. founded in 2010 by Steve & Laurie Martin. Charlotte, NC USA