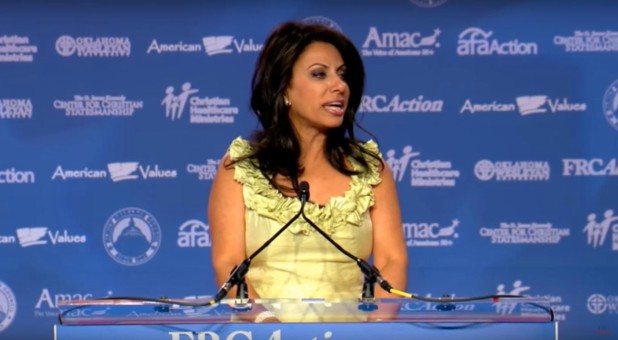 7/2/2018 HAMILTON STRATEGIES  CHARISMA NEWS
One of the greatest debates in this decade—or longer—will undoubtedly go down as immigration.
But what does it really cost? New York Times best-selling author Brigitte Gabriel, who emigrated to the United States legally, says there is a much bigger issue regarding the criminals who have broken the law to stay in the U.S.
Gabriel, a leading expert on global Islamic terrorism, is the author of the new book, Rise: In Defense of Judeo-Christian Values and Freedom, which will arm readers with real data and compelling facts that will equip them to fight the efforts of America’s enemies to undermine our nation at every level of society.
In a video she recorded for social media, Gabriel lays out the true cost of illegal immigration and how it is affecting every American who is in the country legally.

“When I came to America, I paid for my own ticket, I paid for my doctor’s visits and all the blood tests that I had to take to become an American, I paid for my lawyers to do my papers, I had to study a two-inch-thick book written by the Daughters of the American Revolution about America’s history and heritage. And I had to take a written exam as well as a verbal exam—in English—and pass them before I became an American. I am an immigrant. I am a legal immigrant. I am the type of immigrant America needs, not criminal aliens who break the law to get here.”
Gabriel also details verified facts and figures on the cost of illegal immigration:
Rise, out on September 11, contains Gabriel’s most hard-hitting, explosive message yet. It’s not only a warning but also a rallying cry to unite Americans of all backgrounds in a fight for the survival of the nation, the protection of the Judeo-Christian values upon which it was built, and the preservation of the freedoms on which future generations depend.

The Arch of Baal – What Does This Mean? (Day 1) – Michael Snyder on the Jim Bakker Show