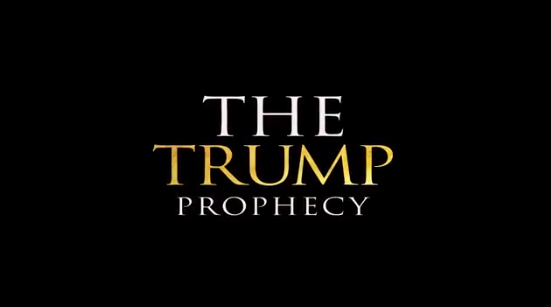 6/21/2018 CALEB PARKE/FOX NEWS
Share
Tweet
Email
More
The producer of “The Trump Prophecy,” a faith-based film about a man who said he heard from God in 2011 that Trump would one day be president, says Facebook has “almost been abusive” in seeking information from the production company, which was just trying to place an ad on the site.
Facebook is blocking ads from the production, which is a partnership between ReelWorks Studios and private Christian school Liberty University’s cinema department, alleging it is too “political.”
Facebook did not return Fox News’ request for comment.
“The name ‘Trump’ requires a reaction. Unfortunately people try to come up with a conclusion before they know what the story is about. We’re not doing political ads but that’s what we’re being accused [of],” Rick Eldridge, the film’s producer and financer from ReelWorks Studios, told Fox News.
However, Eldridge said the movie does include reflections from several different world leaders answering questions about what it means to “make America great again” and what the current administration means for Israel and world peace.
When “Prophecy” producers tried to appeal the ban of their ads, Facebook responded by saying “the text and/or imagery you’re using qualifies as political, based on the definition we’re using for enforcement.”
“I know issues with Trump are often charged, but if you watch the movie it’s not really about Trump as much as the events that occurred leading up to the election,” said Stephan Schultze, the film’s director and head of the cinematic arts department at Liberty.
Unlike the book it is based on, which gathers the accounts of retired firefighter Mark Taylor and Mary Colbert talking about Trump prophecies, Eldridge said the movie only focuses on one prophecy from Taylor: that Trump would become president and impact the relationship between America and Israel.
One of the more controversial claims Taylor has made, that is not included in the movie, is that President Barack Obama will be charged with treason and that Trump will release cures for cancer and Alzheimer’s disease that the pharmaceutical industry has kept secret.
While the film’s producers say the film is not political, Facebook blocked its ads for this very reason.
“We think it’s going to help unite this world but that’s a message Facebook doesn’t want us to tell,” Eldridge, who has also produced “Four Blood Moons” and “The Ultimate Gift,” said.
According to Schultze, 63 students, in addition to some faculty members, at Liberty gained “real life, real hands on experience” working on the film. The class runs like a real production, he said. Each student has two roles, as they help with every aspect of the film.

“In the six years since its inception, we’ve done five movies – two of which have gotten national theatrical release,” Schultze added.
Liberty’s state-of-the-art facilities were part of the reason Eldridge was excited to partner with the Christian school.
“We didn’t debate religion. We didn’t debate politics. We just told a story and everybody had a good time with it,” Eldridge said.
But one student didn’t want to be associated with the movie, so that student worked on another project.
Outside of the department, however, a petition started by an anonymous person who said they are a Liberty student expressed outrage through a Change.org petition, demanding the school to “cancel” the “heretical film project,” though it is unclear how many of the 2,000-plus signees are affiliated with the school.
Last year, LU President Jerry Falwell, Jr. called the actions of a few LU graduates threatening to forgo their diplomas as “grandstanding” and a “joke” to protest Trump’s commencement address.
Eldridge said he hopes the film gives people a better understanding of what to pray for based on the Bible verse 2 Chronicles 7:14.
“I think the story is really at its core about prayer and it’s about calling our nation to prayer,” We are a divided nation in a lot of ways, but when you look at leadership,… when you look at it from a biblical perspective, we are called to pray for our leaders…whoever is in authority over us.”
The faith-based film will be released in 1,000 select theaters nationwide on Oct. 2 and Oct. 4.
GET TICKETS HERE.

This article originally appeared on FoxNews.com. Reprinted with permission.
Love For His People, Inc. founded in 2010 by Steve & Laurie Martin. Charlotte, NC USA