Sunday, June 17, 2018 |  Israel Today Staff
Israeli children (and their parents) living in the region adjacent to the Gaza Strip did something extraordinary on the weekend in response to ongoing Palestinian attacks on their communities.
For the past couple weeks, Hamas and other terrorist activists operating out of Gaza have been flying kites and balloons carrying incendiary devices into southern Israel.
The damage caused by the fires has been extensive, especially to Israeli farms in the area.
The residents of Kibbutz Nir Am decided to do something about it. So, on Saturday, the small community’s children came out en masse and released balloons of their own toward Gaza. But instead of fire, these balloons carried a message of peace in the form of candy.
An Israeli diplomat working in Norway expressed in words what the balloons were meant to say: “The children in Gaza, who are innocent victims of the cruel #Hamas regime, deserve to know that children in #Israel don’t hate them.” 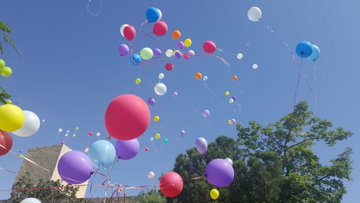 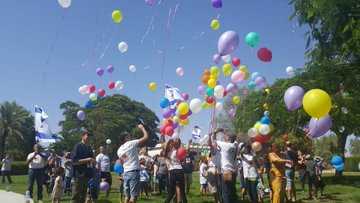 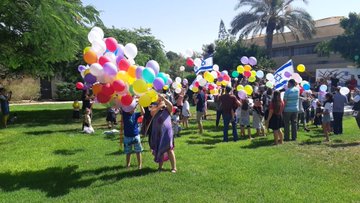 Dan Poraz@DPoraz
Just now: children at Kibbutz Nir Am are flying over balloons with candy to #Gaza. The children in Gaza, who are innocent victims of the cruel #Hamas regime, deserve to know that children in #Israel don’t hate them.#SaveGazaFromHamas #StopTheTerrorKites
Via @ndvori

We Must Pray for Our Cities | Give Him 15: Daily Prayer with Dutch | April 22