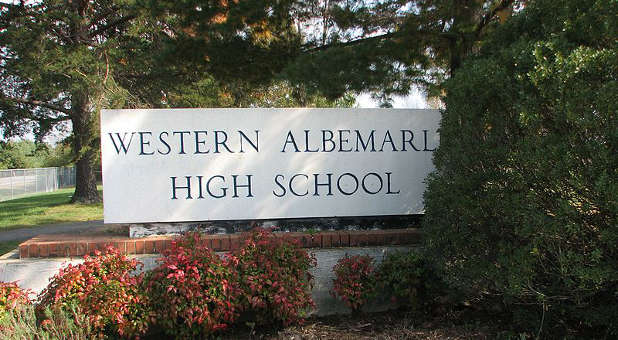 4/27/2018 LIBERTY COUNSEL STAFF   CHARISMA NEWS
Liberty Counsel has demanded that the Albemarle County Public Schools (ACPS) in Charlottesville, Virginia immediately no longer allow the Sexual Assault Resource Agency (SARA) to present pornographic videos and curriculum to students under the guise of “education.”
Liberty Counsel represents outraged parents of 14-year-old girls who are students at Western Albemarle High School and were exposed to this damaging material during Family Life Education classes on April 13, 2018. The Sex Positivity curriculum was presented, without the consent or knowledge of parents, to two classes of ninth-grade girls by Lexie Huston, an employee of SARA. Huston publicly opposes abstinence education, claiming it is “ineffectual and unethical.”
The SARA curriculum does not align to the Virginia and ACPS Family Life Curriculum and the promotion of abstinence. Nowhere in the SARA curriculum are the words “abstinence,” “legal,” “moral,” “faith” or “parents.” However, the word “sex” or derivatives appears more than 49 times in the document, including the sentence “I’d like to have sex tonight, would you?” as well as the statement that “There is no ‘right way’ to have sex—as long as it’s consensual and safe.”
As part of the presentation, the students were shown two different YouTube videos describing sexual acts in graphic detail. The producer of the videos served on the ACLU’s Board of Directors for three years and works with Planned Parenthood.
SARA, which is affiliated with Planned Parenthood, claims Huston obtained approval from the school’s physical education department. However, apparently the department chair did not review the curriculum and videos before giving approval. Yet, Huston and SARA intentionally failed to mention the addition of this obscene material to the previously approved curriculum. Despite this deception by omission, SARA expressed no regret, instead shifting responsibility back onto the school.

The videos violate Virginia laws protecting minors which prohibit “display of child pornography or grooming videos or materials to a child” and makes it a felony for any person to take indecent liberties with children; and provides that any “person 18 years of age or over, who, with lascivious intent, knowingly and intentionally commits any of the following acts with any child under the law.”
In addition to the egregious videos, the SARA “Sex Positivity” curriculum contains roleplay activities that are coercive, expose children to the sexual beliefs of others that may be far removed from their own, require them to publicly debate and defend their personal and family’s beliefs about “boundaries” and require them to take part in activities that violate their religious beliefs upon penalty of social ostracism. Among other things, the children are instructed to write their own personal boundaries on paper, the papers are collected and then anonymously redistributed to the class.
“The Albemarle County Public Schools must sever its relationship with Planned Parenthood’s shocking assault on children,” said Mat Staver, Liberty Counsel’s founder and chairman. “This kind of gutter trash has no place in public schools. This is not education. This is raping children. The school district has caused irreversible harm to children and parents. The school must never allow this to happen again.”
For the original article, visit lc.org.