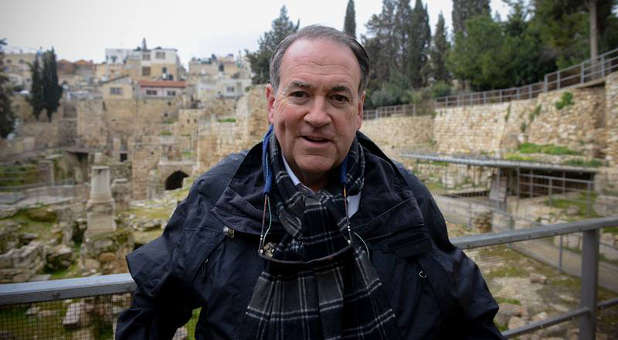 4/24/2018 COLBY MAY  CHARISMA NEWS
TBN’s own Mike Huckabee has landed at the top of the Hollywood Reporter’s latest ranking for TV personalities on social media.

The entertainment and media website’s “Top TV Personalities” ranks TV’s most popular celebrities on social media, blending their engagement on Twitter, Instagram, YouTube, and Google Plus along with their increase in social media fans and followers.Hollywood Reporter explained that, for the purposes of its ranking, TV personalities are defined as “performers primarily known for their appearances on their own TV series, including hosts of entertainment/news shows.”Huckabee, the former Arkansas governor and presidential candidate, is the host of TBN’s popular weekly entertainment and talk show Huckabee (airing Saturdays at 8 p.m. ET), which is taped before a live audience each week in Nashville. Since its launch in 2017, Huckabee guests have included newsmakers, leading political pundits and commentators, A-list entertainers and musicians, as well as everyday individuals with inspiring stories from across America. The lead guest for the premiere Huckabee show on October 7 was President Donald Trump.In the latest ranking, Huckabee, who boasts one million followers on Twitter, came in ahead of the likes of CNN news anchor Jake Tapper, MSNBC host Chris Hayes, CBS’ Late Show host Stephen Colbert and comedian/television host Steve Harvey, who ranked second through fifth, respectively.Another TBN personality, Mike Rowe, host of the weekly TBN show Somebody’s Gotta Do It (airing Saturdays at 9 p.m. ET) came in at No. 10 in this month’s “Top TV Personalities” ranking. Click
Love For His People, Inc. founded in 2010 by Steve & Laurie Martin. Charlotte, NC USA