Here’s What Patricia Heaton Did Right After ‘The Middle’ Finale
– Her Prayer Request Goes Viral
04-22-2018
CBN News Amber C. Strong
After nine years on the air, actress Patricia Heaton just wrapped up production on the series finale of her hit ABC show The Middle.
But instead of taking a little time off, Heaton headed to Uganda to meet with refugees on behalf of World Vision USA.
Before leaving the US, Heaton had posted a picture of 14-year-old Victor, a Sudanese refugee, and asked her followers for prayers.
Related ‘I Want Them to Know I Lived For God’: NBA Player Jeremy Lin Talks Legacy ‘I Got Faith in My Soul’: Chance the Rapper Publicly Declares He’s a ‘Christian Rapper’ And she got them. In fact, she received 700 prayers in 24 hours.
Heaton met up with Victor and shared some of those prayers in person.
“I pray for the healing of Victor and his family’s hearts as well as the hearts of the leaders of his country,” read one prayer.
“God, please let Victor know that you are with him. You will never leave him,” read another.
According to World Vision, Victor fled war-torn South Sudan with his siblings. After getting separated from his parents, World Vision assisted the youth in finding a foster family in Uganda.
Heaton was joined by Jen Ray, fellow actress on The Middle, and the two did a little cooking for the Imvepi refugee camp.
Years of war and conflict have forced millions of Sudanese people to flee to neighboring Kenya, Uganda and Ethiopia. 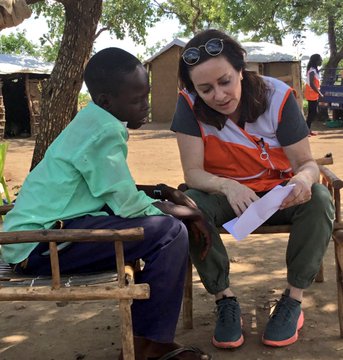 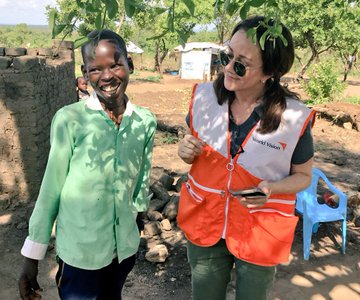 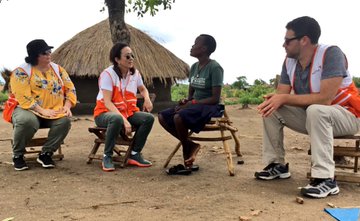 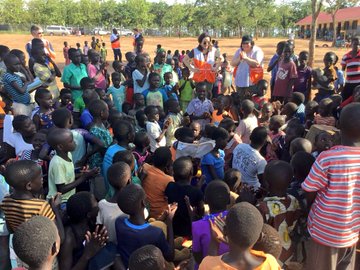 World Vision Uganda@WorldVisionUg
After nine years on the air, actress @PatriciaHeaton just wrapped up the series finale of her hit ABC show
“The Middle.”
But instead of taking a little time off, Heaton headed to Uganda to meet with refugees on behalf of @WorldVisionUSA . CBN reportshttp://www1.cbn.com/cbnnews/entertainment/2018/april/here-rsquo-s-what-patricia-heaton-did-right-after-lsquo-the-middle-rsquo-finale-her-prayer-request-goes-viral … Walk With Me, Steve Martin in Jerusalem, Israel, as Paul Wilbur sings, “Blessed is the Lord”

How Hebrew Words Heal Worlds ✡ “Sweet to the Soul” – ISRAEL365