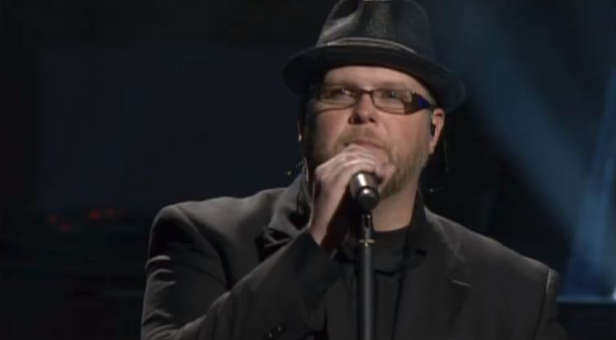 4/20/2018 SHAWN A. AKERS/CHARISMA NEWS
“I Can Only Imagine” is not only a multi-platinum Christian song and a mainstream movie. Now it’s been recognized as an official state inspirational song.
Thursday, Gov. Mary Fallin signed HB 3473 into law, declaring the words of MercyMe’s hit as the official inspirational song for the state of Oklahoma. The bill passed unanimously through the state’s House and Senate.
Bart Millard, MercyMe’s lead singer, wrote “I Can Only Imagine.” The band was formed in Oklahoma City. The crossover hit song has sold millions of copies. The song was first released as a track on the band’s 1999 album The Worship Project.
The movie, released on March 16, 2018, has become the No. 3 all-time grossing Hollywood biopic film, earning more than $76.5 million to date, Tulsaworld.com reported.
“When I saw the movie, I was moved by the powerful message of hope and forgiveness,” Oklahoma State Rep. Randy McDaniel said in a news release. “Seeing the film inspired me to take action to give this extraordinary song official state recognition and a permanent home in Oklahoma’s musical landscape. .. It is truly uplifting to see everyone come together in support of this special honor.“
Tulsaworld.com reported that the signed legislation will be presented to MercyMe in front of a Frontier City concert audience on Saturday, June 9.
The Oklahoma Film and Music Office shared this in a news release:
“After sowing roots in Oklahoma in the 1990s, MercyMe frontman Bart Millard wrote the hit single ‘I Can Only Imagine,’ drawing inspiration from his own life and relationships. The song gained mainstream recognition in 2003 and has since remained the best-selling Christian song of all time.
“The inspiring true story behind the crossover hit later became the concept for the film, allowing Oklahoma to serve as the primary location for the production.
“Representative John Paul Jordan, the House author of the bill, added, ‘This song has its roots in Oklahoma and in the midst of these troubling times, what better time to focus on a song so full of hope? It represents our faith, our hope and where our peace can be found.’
“The film utilized the Oklahoma Film Enhancement Rebate Program administered by the Oklahoma Film and Music Office and created more than 340 local jobs throughout the production’s nearly 270-day stint in Oklahoma, which included pre-production, production and post-production.”