4/17/2018 JESSILYN JUSTICE  CHARISMA NEWS
Join us on our podcast each weekday for an interesting story, well told, from Charisma News. Listen at charismapodcastnetwork.com.
Destiny Image Publishers Founder Don Nori Sr., 66, died Tuesday, saddening many Spirit-filled authors who labored with him in the kingdom.
Nori founded the publishing house after a God-encounter and followed through on the prophecy, leading Destiny Image to become one of the leading charismatic printing houses.
According to Destiny Image:

Don Nori Sr., along with his wife Cathy founded Destiny Image Publishers in 1983 in obedience to a visitation of the Lord in the summer of 1982. Beginning in the living room of their small home, it has grown to an internationally respected company represented in every country of the world, in nearly 100 languages, with millions of books distributed. Destiny Image has published more African-Americans than any other publisher in history.
Don Nori Sr. wrote more than 20 books of his own over the years. He is a respected Christian philosopher, entrepreneur, consultant and public speaker. He was an international ambassador of world peace; recipient of the International Golden Rule Award and holds an honorary doctorate from the United Graduate College and Seminary International.

Authors who wrote books with Destiny Image read like a who’s who of the charismatic world: Bill and Beni Johnson, Myles Munroe, Cindy Trimm, Lance Wallnau, Chuck Pierce, Dutch Sheets and more. Here’s how some of those he worked with remember him:
Shawn Bolz, author of Translating God & Keys to Heaven’s Economy:

Don was a man I had the privilege of interacting with throughout the years, and he was definitely a big gain for heaven. He had such a passion to create a launching pad for people to really grow and mature in their faith. Whenever he shared his vision for the body of Christ, it was so empowering and not just in sharing alone; he was responsible for the reputation and content of so many authors. He was a gifted communicator himself, and I think that is why he was able to recognize and build a foundation for so many authors, especially some that he took a risk publishing. I remember Don calling me, and we had a publishing conversation that went way differently than anyone else who had called me for the same reason. Instead of sharing about Destiny and pitching me, he shared his heart and asked me all kinds of questions and then was so encouraging that it was like talking to an old friend who deeply cared. He ended that call saying, “If you need Destiny Image, we are here for you. If not, I am so glad to know you, and I believe in you and your message.” Our next conversation was over dinner, and I remember asking him on the publishing front in the early 2000s, “Why are you doing this?” And he quoted Psalm 96:3 and said he was responding to a prompting from God. I have remembered this Scripture attached to him ever since:
“Publish his glorious deeds among the nations. Tell everyone about the amazing things he does” (Ps. 96:3).

Don, you did publish His glorious deeds, and you have the fruit of millions of lives that heard the message because you listened and obeyed, and we are all better for it.

Dr. Don Nori Sr. was a remarkable man who encountered God through the lens of faith and prophetic revelation to be a faithful son of God. One of his greatest accomplishments and legacy was the fulfillment of what the Lord was looking for in Don, who was a prophet who would publish the prophets. And with no publishing experience, he listened, obeyed and responded to the call in 1982, which became the fulfillment prophecy of Destiny Image Publishers. I’m so honored to be one of the many prophetic voices whose books are a part of Dr. Don Nori Sr.’s vision, mission and continued legacy. This publishing pioneer will be tremendously missed, and through his vision and burden, the Lord has given me a clear image of my destiny as an author with message to edify, exhort, comfort and inspire Spirit-filled believers and readers.

James Goll, author of A Basic Introduction to Dream Interpretation and Adventures in the Prophetic, among others:

As a pioneer in Christian publishing, Don Nori Sr. was one of the few who took risks with prophetic authors. I remember ministering at an Ohio Prophetic Conference and Favor was all over my message on “Where is the River Headed.” They sold out of all the VHS tapes from my one message. A staff person took the video back to DI, Don Nori Sr. watched it and the rest is history. That began my publishing career with the books The Lost Art of Intercession (which became a trilogy) and a prophetic book on Encounters with a Supernatural God, co-authored with my late wife, Michal Ann. So I got my start in writing and publishing because there was a man willing to “publish the prophets.”
When I got the news about Don Nori’s condition, immediately Don Milam, former acquisitions personnel, and I quickly got on the phone and reminisced on how our lives were both radically impacted by this pioneer’s like, business, family and ministry. Thanks, Don, for taking a risk on an unknown prophet years ago.

I met Don only a few times, going back to the early days of the charismatic movement. My main connection with him was publishing several books with Destiny. Don was a pioneer in the Christian publishing business. He really wanted to hear what the Spirit was saying to the church and publish books according. He will be greatly missed.

Some responded on social media, as well.
View image on Twitter 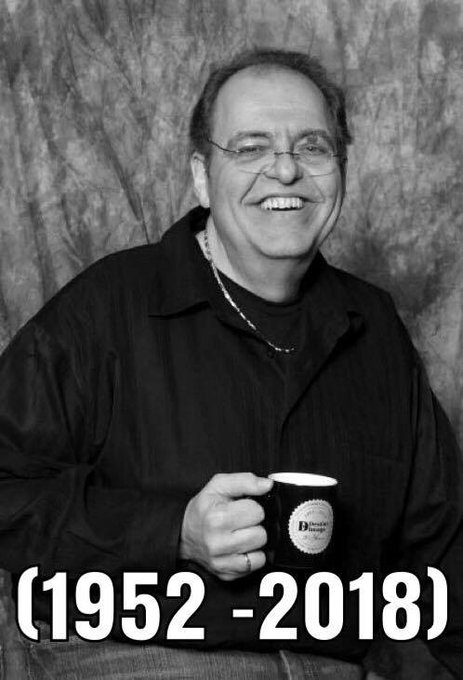 Prison Book Project@PrisonBookProj
W/ great remorse we share the passing of Don Nori Sr. Destiny Image was our early supporter. We honor his legacy & grieve b/c he’s no longer w/ us, but celebrate b/c we KNOW he’s w/ our Lord & Savior, Jesus Christ! Please pray 4 the Nori family who lost a finehusband, dad & g-pa.

Jessilyn Justice @jessilynjustice is the director of online news for Charisma.
Love For His People, Inc. founded in 2010 by Steve & Laurie Martin. Charlotte, NC USA

Yair Lapid poses for a photo at his office in Tel Aviv, Israel, Thursday, May 21, 2020. (AP Photo/Oded Balilty,