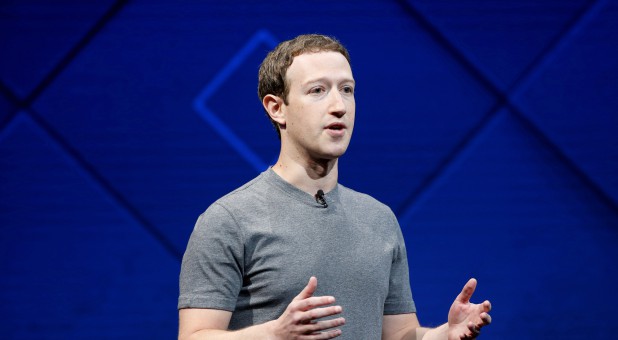 4/12/2018 NRB  CHARISMA NEWS
Following Facebook CEO Mark Zuckerberg’s testimony to House and Senate committees this week, National Religious Broadcasters (NRB) renewed its call for congressional hearings focused on the growing problem of viewpoint censorship on Big Tech platforms.
“I am grateful a number of senators and representatives used their limited time at this week’s hearings to press Mr. Zuckerberg on clear examples of viewpoint censorship,” said Dr. Jerry A. Johnson, president and CEO of NRB. “Why does religious and conservative content seem to fall in the cross-hairs? Is it algorithmic or human discrimination? What is being done to correct this problem in either case? We need more answers, and we need more hearings with all the big players.”
NRB had suggested five questions that members of Congress might ask Zuckerberg and was pleased to see the spirit of each raised by a number of concerned lawmakers. A non-exhaustive list of examples is below:

Particularly notable was that in his testimony, Zuckerberg stated a number of times his desire for freedom for a broad range of expression on Facebook. For example, in reply to Cruz, he said, “I am very committed to making sure that Facebook is a platform for all ideas. That is a—a very important founding principle of—of what we do. We’re proud of the discourse and the different ideas that people can share on the service, and that is something that, as long as I’m running the company, I’m going to be committed to making sure is the case.”
NRB has tracked instances of censorship of Christian and conservative viewpoints on the internet with a timeline, starting in 2010 when Apple removed Chuck Colson’s Manhattan Declaration from its iTunes App Store. For more, see the IFW timeline, “Viewpoint Censorship on the Internet.” At a December news conference at the National Press Club, NRB launched Internet Freedom Watch (InternetFreedomWatch.org) to draw attention to the censorship of Christian and conservative speech by companies such as Facebook, Google, Twitter and Apple. NRB sent letters to those tech giants urging constructive conversation and a resolution to this swelling problem. The letter to Facebook is available here. So far, neither Zuckerberg nor his colleagues have formally responded. NRB also called on Congress to hold hearings on online viewpoint censorship.
NRB president Johnson added, “Mr. Zuckerberg is to be commended for voluntarily coming before the representatives of the American people. It’s time for all the Big Tech leaders to discuss viewpoint censorship with Congress and to publicly make clear how committed they truly are to consumers’ otherwise lawful free speech.”