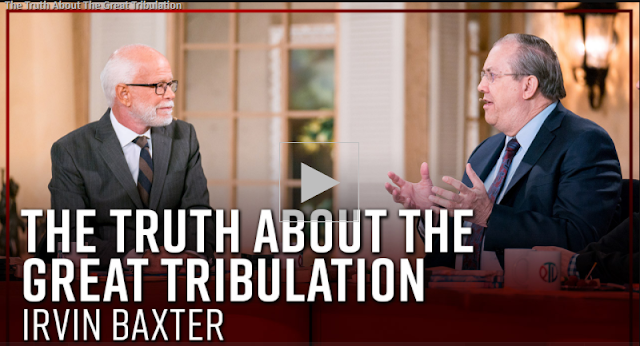 Watch here: The Truth About The Great Tribulation – Irvin Baxter on The Jim Bakker Show 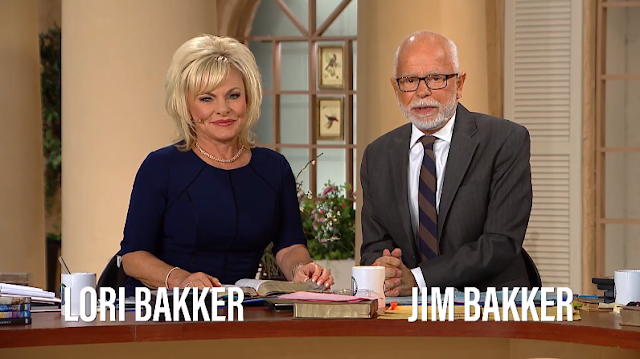 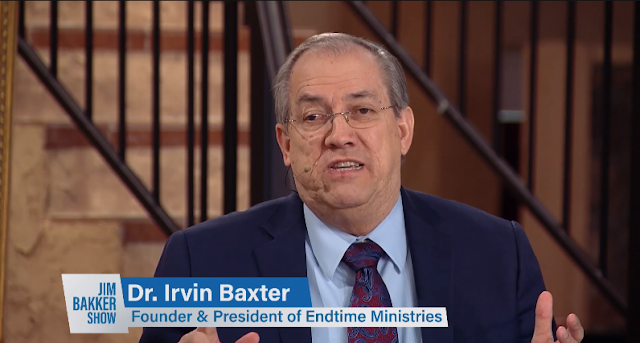 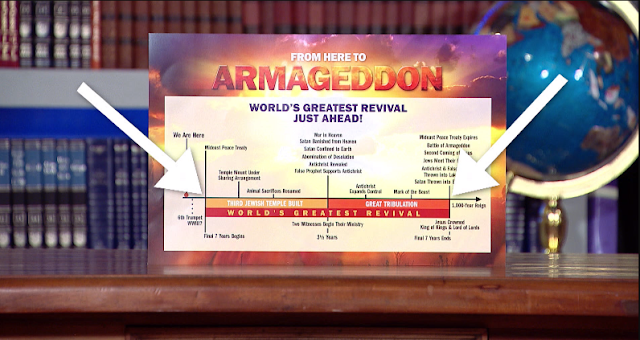 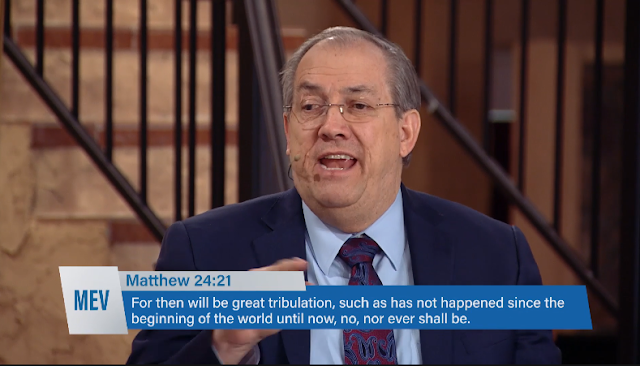 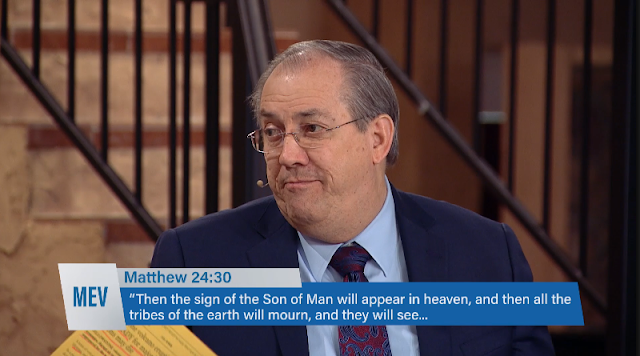 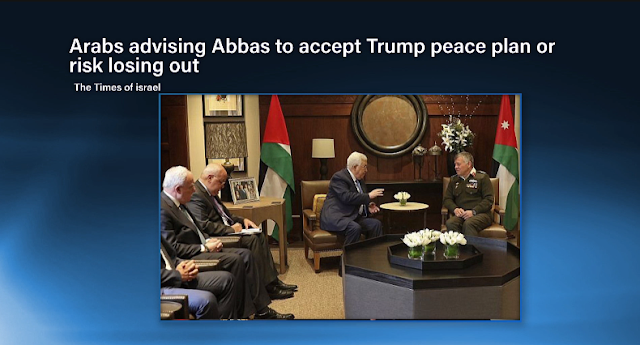 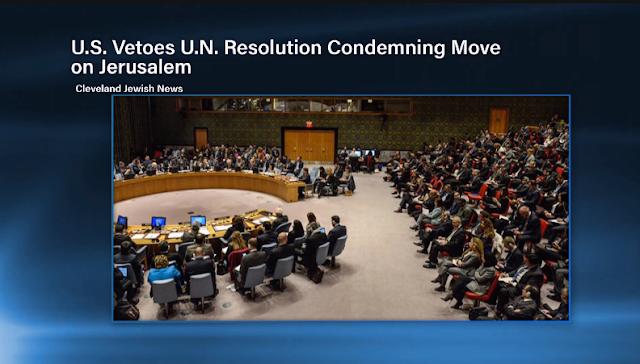 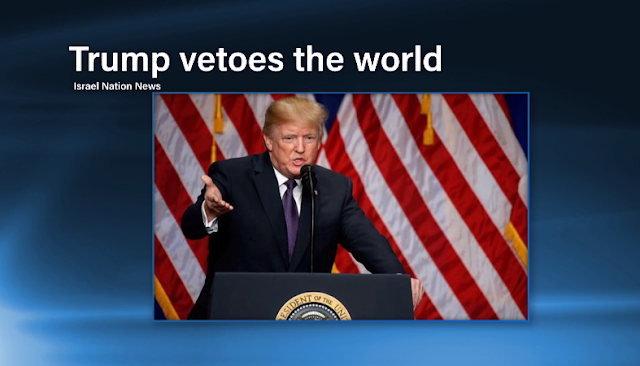 Pastor Jim and Lori welcome special guest Irvin Baxter as they talk about the truth about the Great Tribulation revealed.

1 Timothy 6:10 MEV For the love of money is the root of all evil. While coveting after money, some have strayed from the faith and pierced themselves through with many sorrows.
Matthew 24:29-30 MEV “Immediately after the tribulation of those days, ‘the sun will be darkened, the moon will not give its light; the stars will fall from heaven, and the powers of the heavens will be shaken.’ “Then the sign of the Son of Man will appear in heaven, and then all the tribes of the earth will mourn, and they will see the Son of Man coming on the clouds of heaven with power and great glory.
Revelation 20:4 MEV I saw thrones, and they sat on them, and the authority to judge was given to them. And I saw the souls of those who had been beheaded for their witness of Jesus and for the word of God. They had not worshipped the beast or his image, and had not received his mark on their foreheads or on their hands. They came to life and reigned with Christ for a thousand years.
Matthew 24:7 MEV For nation will rise against nation, and kingdom against kingdom. There will be famines, epidemics, and earthquakes in various places.
Revelation 13:1 MEV I stood on the sand of the sea. And I saw a beast rising out of the sea, having seven heads and ten horns, with ten crowns on his horns, and blasphemous names on his heads.
Revelation 12:10 MEV Then I heard a loud voice in heaven, saying: “Now the salvation and the power and the kingdom of our God and the authority of His Christ have come, for the accuser of our brothers, who accused them before our God day and night, has been cast down.
Revelation 12:13-14 MEV When the dragon saw that he was cast down to the earth, he persecuted the woman who gave birth to the male Child. The woman was given two wings of a great eagle, that she might fly into the wilderness to her place, where she is to be nourished for a time and times and half a time, from the presence of the serpent.
Revelation 17:3 MEV Then he carried me away in the Spirit into the wilderness. I saw a woman sitting on a scarlet beast which was full of blasphemous names, having seven heads and ten horns.
Daniel 2:21 MEV It is He who changes the times and the seasons; He removes kings and sets up kings; He gives wisdom to the wise and knowledge to those who know understanding.
Luke 21:34 MEV Take heed to yourselves, lest your hearts become burdened by excessiveness and drunkenness and anxieties of life, and that Day comes on you unexpectedly.
Revelation 14:10 MEV He also shall drink of the wine of the wrath of God, which is poured out in full strength into the cup of His anger. He shall be tormented with fire and brimstone in the presence of the holy angels and in the presence of the Lamb.
John 5:8-9 MEV Jesus said to him, “Rise, take up your bed and walk.” Immediately the man was healed, took up his bed, and walked. That day was the Sabbath.
John 5:39 MEV You search the Scriptures, because you think in them you have eternal life. These are they who bear witness of Me.
Revelation 11:1 MEV I was given a reed like a measuring rod. The angel stood, saying, “Rise and measure the temple of God and the altar, and those who worship in it.”
Daniel 11:31-33 MEV “His armies shall rise up and desecrate the sanctuary fortress. They shall abolish the daily sacrifice and set up the abomination that makes desolate. By flatteries he will corrupt those who act wickedly toward the covenant. But the people who know their God will be strong and take action. “The wise among the people shall instruct many. Yet for many days they shall fall by the sword and by flame, by captivity and by destruction.”
1 Thessalonians 5:2-5 MEV For you know perfectly that the day of the Lord will come like a thief in the night. When they say, “Peace and safety!” then sudden destruction will come upon them as labor upon a woman with child, and they shall not escape. But you, brothers, are not in darkness so that this Day should overtake you as a thief. You are all the sons of light and the sons of the day. We are not of the night nor of darkness.
Daniel 12:9 MEV And he said, “Go your way, Daniel. For these words are closed up and sealed until the time of the end.”