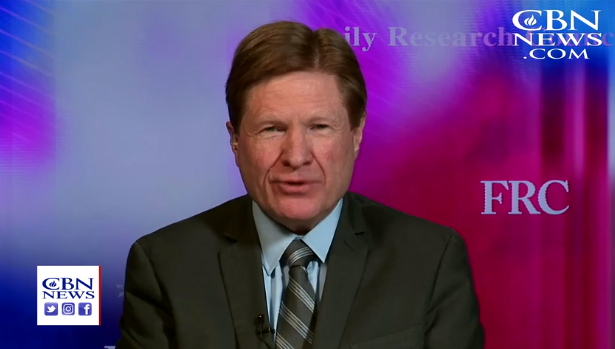 Peter Sprigg, Senior Fellow for Policy Studies at the Family Research Council
How the Tech Giant Cabal Shadow-Bans, Censors, and Snuffs Out Your Christian Voice
03-08-2018
CBN News Lorie Johnson
Powerful tech companies rule our world today, and shocking stories are coming out about how they’re silencing the worldviews of millions of Christian and conservative Americans, censoring the messages you’re allowed to read and post online.
The latest high-profile case might be called a gaffe or “mistake,” but it actually exposes the tip of the iceberg in a much deeper, darker agenda.
This week, social network powerhouse Facebook came under fire for a survey asking users whether pedophiles should be able to ask underage girls for photographs.
Related ‘They’re Going After the Next Generation’: Christian Psychiatrist Warns Parents about New Facebook App Aimed at the Very Young The users were given multiple choice answers, none of which included “calling the police.” Instead the options ranged from: “This content should not be allowed on Facebook, and no one should be able to see it” to “This content should be allowed on Facebook, and I would not mind seeing it.”
Evangelist Franklin Graham called the survey “ridiculous and shameful” in a post on his own Facebook page.
“Why would Facebook ask such a question?” Graham wrote. “They surveyed users asking if pedophiles should be able to ask children for sexual pictures. It just shows you how low our moral standards in this country have fallen. Many people today don’t seem to recognize right from wrong… Facebook now says the question was a mistake—well, to say the least, I firmly agree. To have a survey asking this is ridiculous and it’s shameful. Pedophilia is just wickedness. The Bible says, ‘For from within, out of the heart of man, come evil thoughts. (Mark 7:21).'”
Graham tweeted a similar message.

@Franklin_Graham
Why would @Facebook ask such a question? It just shows how low moral standards in this country have fallen. Many people today don’t seem to recognize right from wrong. I’m sure Mark Zuckerberg & Priscilla Chan were appalled. https://www.usatoday.com/story/tech/2018/03/05/facebook-asked-users-if-pedophiles-should-able-ask-kids-sexual-pictures/395535002/ …

Facebook says the survey was offensive and a mistake and says it has put a stop to it.

Twitter Ads info and privacy
Peter Sprigg, Senior Fellow for Policy Studies at the Family Research Council also expressed outrage, telling CBN News, “Transmitting this type of information is illegal. Possessing this type of material, child pornography, is illegal, so it’s absolutely incomprehensible how anyone at Facebook could have thought this was an appropriate question.”
Facebook said the survey has been taken down since it refers to “offensive content that is already prohibited on Facebook,” stating to the New York Post, “We have prohibited child grooming on Facebook since our earliest days, we have no intention of changing this, and we regularly work with the police to ensure that anyone found acting in such a way is brought to justice.”
This incident is just the latest in a series of moves suggesting big technology and social media companies such as Facebook, Twitter, and Google – which heavily influence cultural opinions – seem to be blind or outright hostile to issues important to Christians and cultural conservatives.
Sprigg pointed out that recently Facebook warned users that a story from the Christian site The Babylon Bee was “Fake News,” apparently not realizing that the stories are satire.
“All of their stories are untrue, that’s the whole point. And for Facebook to be so ignorant,” he continued, “shows a real ham-handedness.”
On a more serious note, Sprigg revealed another case of censorship. “I have a friend with an ex-gay ministry who was suspended for ten days,” Sprigg said, “He was accused of having hate speech.”
James O’Keefe, the founder of Project Veritas, who went undercover to expose Planned Parenthood abuses, told CBN News he has new undercover videos, this time exposing how social media companies regulate content.
“I think it’s very scary for our society. They’re rewiring the DNA of our democracy, censoring ideas because they don’t like the ideas,” he said. “It’s Orwellian, like something out of ‘A Brave New World.'”
One of the videos shows Pranay Singh, a Direct Messaging Engineer at Twitter, describing how company employees identify hot-button language in Tweets and then write algorithms to delete them and others like them.
A sample of the language he says would be inappropriate: “They’ll all be like guns, God, America, the American flag and the cross,” Singh said. “Who says that? Who talks like that?”
Another undercover video shows a former Twitter engineer describing a practice called “shadow banning” saying, “You ban someone, but they don’t know they’ve been banned because they keep posting and no one sees their content. So they just think that no one is engaging with their content when in reality, no one is seeing it.”
O’Keefe says the terms they choose to ban reflect a clear bias.
“They’re talking about shadow banning people who believe in God, guns and the Bible,” O’Keefe said, “If you’re a Christian and you’re tweeting, Twitter will consider you a Russian bot.”
O’Keefe said tech companies like Twitter, Facebook, and Google, “Are not allowing information unless it fits their narrative.  They are altering the perception of what’s newsworthy and preventing facts from reaching people, not allowing people to see that information.”
Twitter responded to the undercover videos by stating that they do not “shadowban” accounts, but do “take actions to downrank accounts that are abusive, and mark them accordingly so people can still to click through and see these Tweets if they so choose.”
Twitter also said some of the people in the videos, “The individuals depicted in this video were speaking in a personal capacity and do not represent or speak for Twitter.”
Other examples of perceived censorship include Google-owned YouTube restricting a PragerU video exposing myths about the abortion giant Planned Parenthood.
Similarly, Twitter would not allow an anti-abortion advertisement from Congresswoman Marsha Blackburn that blasted Planned Parenthood’s sale of body parts from aborted babies.
The pro-life group Live Action contends both Twitter and Facebook have restricted their posts condemning abortion.
In addition to suppressing Christian content, former Facebook employeesrevealed they were instructed to bury conservative content, and regularly did so, such as stories from the Republican CPAC meeting and pieces about Republican leaders such as Mitt Romney and Rand Paul despite knowing the stories would be of interest to its users.
In January, Facebook CEO Mark Zuckerberg announced a new company policy restricting certain content their customers will view.  “As we roll this out, you’ll see less public content like posts from businesses, brands, and media,” his statement read.
However, critics say only Christian and conservative content appears to be what has been restricted.  The analysis shows engagement numbers among those publishers dropped by more than half, while others remained the same.
The role of technology companies filtering the news is the subject of a new documentary by journalist Peter Schweizer, author of the book, “Clinton Cash.”
The movie, to be released in May, is called “The Creepy Line,” referencing a notorious comment made by former Google chief executive and Chairman Eric Schmidt, who, speaking about privacy issues in 2010, said it was his company’s role “to get right up to the creepy line and not cross it.”
Love For His People, Inc. founded in 2010 by Steve & Laurie Martin. Charlotte, NC USA