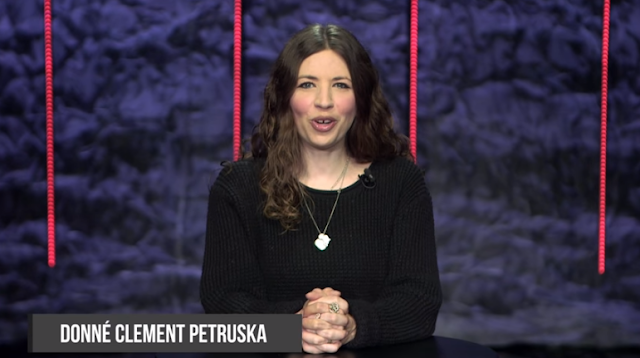 “Scientists shall say, ‘What we thought was a fact has now become fiction,'” Clement prophesied in 2014. “For in Turkey, and in Iraq, and in Israel, there shall be discoveries come out of the earth that shall prove over and over and over the Creator of the universe whom they have said does not exist.
“‘I will show myself, not only in the church or through the church but outside of the walls of the church,'” Clement’s prophecy says the Lord said.
For Petruska, Dr. Eilat Mazar’s team’s discovery of a clay seal, called a bulla, fulfills this prophecy.
“We discovered the seal impression imprinted by King Hezekiah himself saying very clearly in ancient Hebrew ‘belongs to Hezekiah, son of Ahaz, King of Judea,'” she told CBN News Jerusalem Bureau Chief Chris Mitchell.
“We never found in archaeological excavations, scientific, stratigraphy such an item that is so close, private [and] tangible to any of the Israelite or Judean kings ever,” she explained. “I believe it’s as close as we can get to any biblical figure, not to mention such a figure as King Hezekiah.”
Watch the video to see how this lines up. Watch here: Kim Clement
Love For His People, Inc. founded in 2010 by Steve & Laurie Martin. Charlotte, NC USA