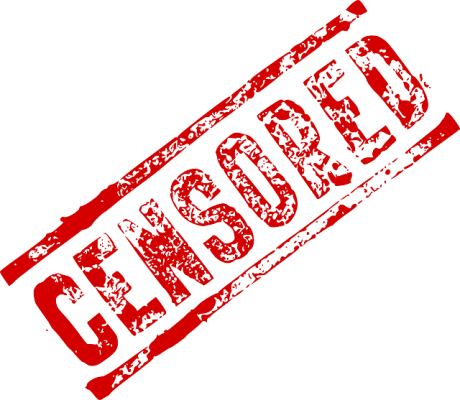 This Is The Worst Purge Of Conservative Voices In The History Of The Internet
Posted: 06 Mar 2018  Michael Snyder  THE ECONOMIC COLLAPSE BLOG
In recent weeks, we have witnessed an unprecedented social media crackdown on conservative voices.  YouTube’s war with Alex Jones has gotten the most attention, but literally hundreds of conservative content creators have had their accounts penalized, suspended or deleted by YouTube, Facebook, Twitter and other social media giants.  There appears to be a coordinated effort to target conservative viewpoints, because similar voices on the left are not receiving equal treatment.  If I win my race for Congress on May 15th, I am going to make fighting this sort of censorship one of my top priorities once I get to Washington.

How would you feel if you spent years creating videos and building up a subscriber base only to have all of that work wiped out in a single moment by a leftist YouTube moderator?
Sadly, that is precisely what is happening to dozens upon dozens of conservatives right now…

Writing for Polygon.com, Julia Alexander noted that, “Whenever YouTube institutes a tougher moderation stance, a common debate emerges over censorship—especially from notable conservative voices.”
Specifically, she explained, “Questions over YouTube’s moderators and the power they hold were raised this week after notable conservative pundits, gun advocates, conspiracy channels and other right-wing voices received community strikes or were locked out of their channels. Creators who are affected by lockouts, strikes and suspensions are referring to it as the ‘YouTube Purge,’ claiming that YouTube is purging all right-wing or pro-gun content. The move follows the company’s attempt to clamp down on dangerous content following the Parkland shooting.”

One of the most disturbing examples of censorship was what happened to the Health Ranger channel.  Mike Adams is a personal friend, and I am extremely upset about what YouTube has done to him…

As we reported over the weekend, YouTube terminated the entire Health Ranger video channel on Saturday, wiping out over 1,700 videos and approximately 350K+ subscribers. This was done, of course, as part of the YouTube left-wing PURGE now being carried out against non-establishment speakers who are being targeted for political reasons.
YouTube’s censorship rampage also wiped out all my videos on the donkeys I rescued, the range-free chickens I raise and even the beautiful ice crystals I captured on video over the winter. In its censorship sweep, YouTube is obliterating thousands of videos without cause, violating the civil rights of informative internet users and functioning as a criminal techno-cartel.

There is absolutely no reason for YouTube to do this.  Mike Adams has literally helped millions of people through his work, and I am urging all of my readers to contact YouTube and demand that they restore his channel immediately.

Of course YouTube is not the only one that is cracking down on conservative voices.  Here are a few examples of what Facebook has been doing…

Young Cons: This very popular conservative news site had millions of daily readers during the recent election, and the site received nearly all its traffic from Facebook (Lesson: Never put all your marketing eggs in one basket). Facebook has been increasingly censoring Young Cons stories since 2016; now the site struggles mightily and regularly switches domains in order to maintain traffic.
SaraPalin.com: At one point the former GOP VP nominee and Alaska governor’s website was serving up stories to her four million Facebook followers, but she, too, had to begin switching domains in order to maintain traffic.
Right Wing News: This site grew to massive proportions over the past few years, in large part thanks to its meteoric popularity on Facebook. During one week in 2015, the site’s Facebook page reached 133 million people. The site was driving about the same amount of web traffic as some of the biggest newspapers in the U.S. But since 2016 Facebook began blocking traffic to the site; its owner, John Hawkins, announced he would shut it down in January (it’s still online but the content is not regularly updated).
Independent Journal Review: This, too, was a large conservative news and information source, but because it was overly reliant on Facebook traffic, the site had to terminate a number of its employees last week, leaving the fate of the Millennial-focused site in doubt.

And Twitter has been censoring conservatives as well. In particular, Twitter seems to really dislike pro-life activists…

Pro-life group Live Action cried foul in 2017 after Twitter demanded it delete pro-life images, such as fetal ultrasounds, from its Twitter feed and website before allowing the group to run advertisements. Live Action refused the request.
Another pro-life group, the Susan B. Anthony List, was barred in October from running a video advertisement, because it used the phrase “killing babies” to refer to abortion. “No advertiser is permitted to use the phrase ‘killing babies,’” Twitter told the group.
That same month, Twitter blocked an advertisement by Republican Rep. Marsha Blackburn’s campaign for Senate in Tennessee. Twitter objected to one line Blackburn said: “I’m 100% pro-life. I fought Planned Parenthood, and we stopped the sale of baby body parts –thank God.”

If you don’t stand up when you see others being censored, then please don’t complain when the social media giants censor you as well.  I think that Dr. Michael Brown made this point exceedingly well in his most recent article…

This is why we need good liberty-minded people to run for office all over the nation.

If we do not fight back, this sort of oppression is only going to get worse.  Right at this moment I am engaged in an extremely tight race for a seat in the U.S. House of Representatives, and if you want me to go to Washington and defend our free speech rights, please consider making a contribution because we desperately need it right now…

Donate By Check: Make your check out to “Michael Snyder For Congress” and send it to the following address…

In the entire history of the Internet, we have never seen this sort of a coordinated purge before. The left believes that they are going to win, but we are definitely not going to allow that to happen.

Michael Snyder is a pro-Trump candidate for Congress in Idaho’s First Congressional District.  If you would like to help him win on May 15th, you can donate online, by Paypal or by sending a check made out to “Michael Snyder for Congress” to P.O. Box 1136 – Bonners Ferry, ID 83805.  To learn more, please visit MichaelSnyderForCongress.com.