The loss of this great man of God reminds us of the role he played in the last generation. How we need more at leaders like him, known for preaching Jesus, known for personal integrity, and respected by the nation. What an amazing man, and what an incredible legacy. He leaves a great void with his passing.

WE HONOR THIS MAN who so simply explained the message of the gospel to millions in his lifetime. Thank God we still have his books and recordings. His impact will last far beyond his fruitful 99 years. I’ll never forget going to a Billy Graham crusade in Montgomery, Alabama, when I was a boy. My grandfather made a profession of faith in that meeting.

@nhclc
Today, the most influential evangelist in modern history @BillyGraham stepped into the corridors of eternity.
He preached the gospel, lived with integrity and changed the world. Thank you for the example.
My condolences to the family. #BillyGraham

When I came to faith in Jesus Christ during the Jesus Movement in the late 60s, there was one Christian leader to whom I looked and continued to look for 4 1/2 decades, Billy Graham. He was the man of God I emulated and imitated and learned from like no other. My study has so many of his books and our living room coffee table has a giant book that is a tribute to him and remains there till this day.
I was honored to have a divine appointment with Billy Graham in the lobby of the Sheraton hotel and I asked him if he had any counsel for me and 2000 young people we were reaching in the DC area every week. He took his Bible from under his arm and pointed to it and with his piercing blue eyes looked at me and smiled saying, “Stay in the book. Stay in the book!” As we all pay tribute to him and remember him, may we all do that as we pray for another Great Awakening that he longed for with us.

Billy Graham was, in my view, the most important evangelist since the Apostle Paul. He preached Christ, not himself, not politics, not prosperity. When many saw evangelicals as just so many Emer Gantrys, he carried unimpeachable personal integrity.

What Billy Graham taught us is all summed up in the invitation hymn sing at his crusades across the nation: “Just as I am, without one plea, but that Thy blood was shed for me.”

God raised up Reverend Billy Graham as a servant to raise up the rest of us. He has now called him home. Reverend Graham’s spiritual life & influence will continue until He calls us all home. God has Blessed us all with the life of Rev. Graham. RIP 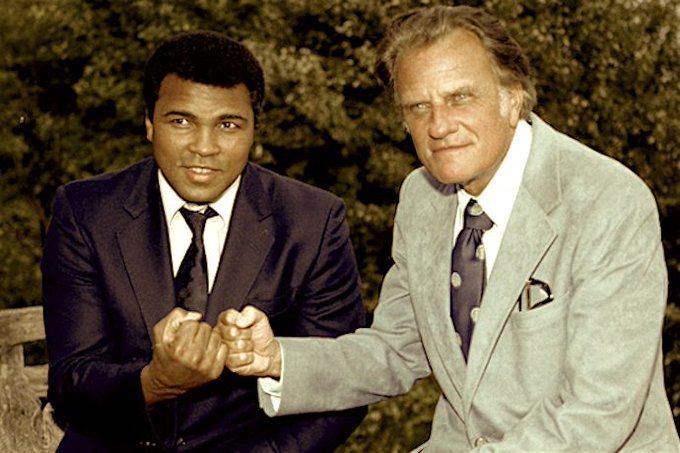 I vividly remember, working at a newspaper outside Charlotte, Billy Graham had a health scare that prompted us to pre-plan a special memorial publication, just in case. Interviews with locals, religious leaders, photo galleries, etc. That was a full 10 years ago.

Like many of you, I am deeply saddened to hear news of the death of Billy Graham today. He was a friend, a colleague, and mentor to me, and I will miss him dearly.

If there is a man who should be added to Hebrews 11 as a man of Faith, then it is Billy Graham. He has gone HOME . RIP 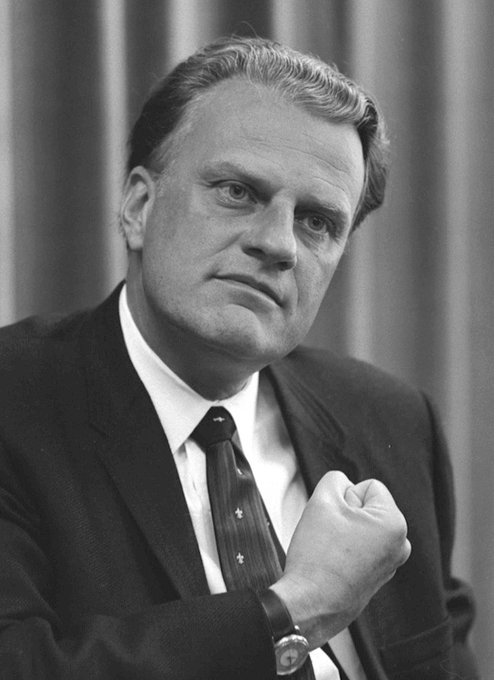 A faithful servant entered into the joy of his master today. God, raise up more like Billy Graham, who will stay faithful and focused, and who will run the race with endurance!! #BillyGraham #Legacy

J.D. Greear@jdgreear
I’ve always loved this TED talk of Billy Graham, one of the best examples of engaging with the gospel in the public square: https://www.ted.com/talks/billy_graham_on_technology_faith_and_suffering …

On technology and faith

Speaking at TED in 1998, Rev. Billy Graham marvels at technology’s power to improve lives and change the world — but says the end of evil, suffering and death will come only after the world accepts…

Just got the word that Billy Graham has passed at the age of 99
What joy there must be in Heaven this morning as this good and faithful servant enters into the joy of His Lord.
You were one of a kind Sir and this world will not be the same place without you.

Heaven gained a new angel but earth lost a remarkable man of faith in the passing of Billy Graham. His life made an eternal difference!

It is incredible how Billy Graham found Christ, then inspired the globe and led millions of others to do the same. THIS is living life with the purpose God wants for us. Here’s his amazing life story: http://www.faithwire.com/2018/02/21/legendary-evangelist-billy-graham-dies-at-age-99-heres-his-incredible-life-story/ …

Renowned evangelist Billy Graham has died. He was 99. Graham, known for his deeply held Christian beliefs, traveled the globe […] 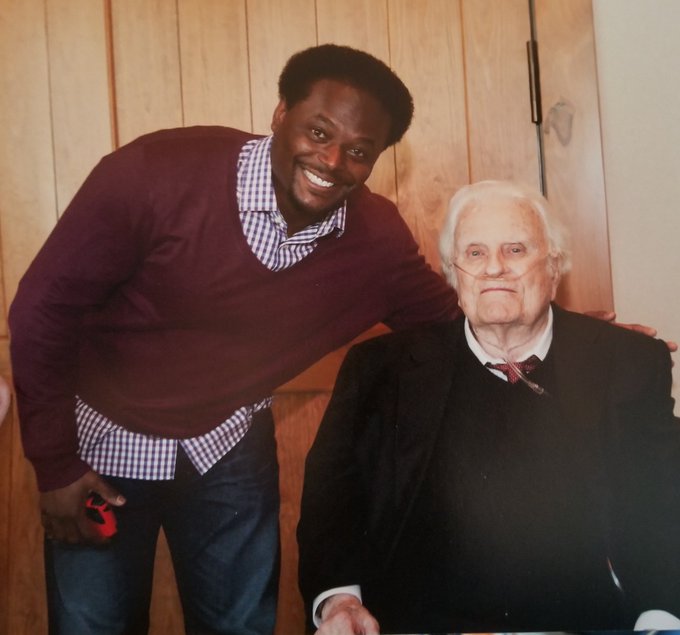 Thank you Dr. Billy Graham for living a remarkable life. The Lord used you to reach millions of people with the gospel. You were an incredible example of integrity.

Well done good and faithful servant. You fought the good fight, you kept the faith, you finished the race. #RIP

Praise God for the life and message of Billy Graham. I have loved him since I was a small boy. He is with Jesus.

He shaped my life and ministry in every way. Thank God for the life and legacy of @BillyGraham

Jessilyn Justice @jessilynjustice is the director of online news for Charisma.
Connect with God in a deeper way as you read His Word. Select Bibles are now 50% OFF plus Free Shipping and a Free Gift. Show me the Bibles!
Encounter the Holy Spirit and develop a relationship that saturates you in His peace, love and joy. Explore the Life in the Spirit Series.
FREE GIFT! Download Pastor Bill Johnson’s 40-page mini eBook, The War In Your Head, and unlock your supernatural lifestyle. CLICK HERE
Love For His People, Inc. founded in 2010 by Steve & Laurie Martin. Charlotte, NC USA