‘Our Faith Has Been Renewed’: Pence Visits Western Wall, Repeating Jerusalem Embassy Vow
01-23-2018
CBN News John Waage,
Chris Mitchell
JERUSALEM, Israel – During his second full day in Israel, US Vice President Mike Pence visited two of Jerusalem’s most revered sites: the Holocaust museum and the Western Wall. He’s also receiving high praise for his Knesset speech on Monday that warmed the hearts of many Israelis.
The first official stop Tuesday for the vice president was the Jerusalem residence of Israeli President Reuven Rivlin, where he repeated the White House plan to move the US Embassy to Jerusalem by the end of next year.
Tuesday Pence tweeted: “I truly believe that in making the decision to recognize Jerusalem as the capital of Israel, PEACE is now MORE POSSIBLE, not less possible. #VPinIsrael”
Related Pence Praises ‘the Miracle of Israel,’ Pledging to Open US Embassy in Jerusalem in 2019

In his meeting with Rivlin, Pence also put Europe on notice that changes are coming to the nuclear deal with Iran.
“We are sending a signal to our European allies that the time has come for changes in the Iran nuclear deal that will ensure that the sunset provisions in the deal are completely eliminated and that punitive sanctions will be available for many years to come to prevent Iran from obtaining a nuclear weapon. And you have our commitment to work closely with our allies around the world to achieve that,” he said.
On all his stops, Pence enhanced his reputation as a friend of Israel. 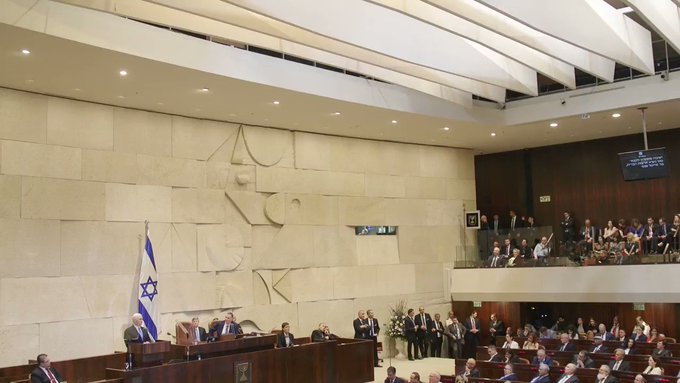 @VP
An honor to speak before the Knesset in Jerusalem. @POTUS kept his word when he announced the United States will finally acknowledge Jerusalem is Israel’s capital. Thanks to the Trump Admin’s leadership, the alliance between Israel & the U.S has never been STRONGER. #VPinIsrael

Twitter Ads info and privacy
He gracefully handled Monday’s protest by Arab lawmakers in the Knesset and his speech drew praise both in the media and from Prime Minister Benjamin Netanyahu.
“You saw people standing up again and again applauding you, applauding the principles that guide your policy, applauding the genuine friendship that emanates from your heart,” Netanyahu told him.
Observers here note that the Pence visit seems to be a personal pilgrimage as much as a political tour. That was most evident at Yad VaShem, the Israeli Holocaust museum.
View image on Twitter 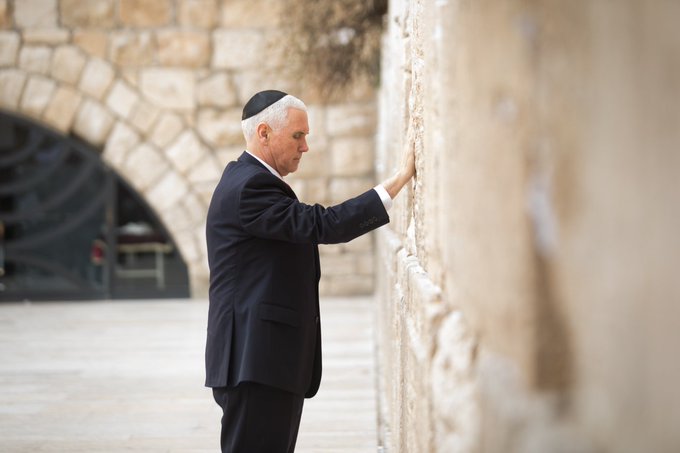 @VP
A privilege to pray at the Western Wall. This is our 4th trip to the Holy Land, but Karen & I never fail to leave without a sense our faith has been renewed – our faith in God, but also our faith in the people of Israel & their commitment to freedom, security & peace. #VPinIsrael

Twitter Ads info and privacy
The vice president concluded his trip with a visit – with prayers – at the Western Wall, adjacent to the Temple Mount, perhaps a fitting end to a trip designed as a search for the threads of peace in the Holy City and the Middle East.
Love For His People, Inc. founded in 2010 by Steve & Laurie Martin. Charlotte, NC USA