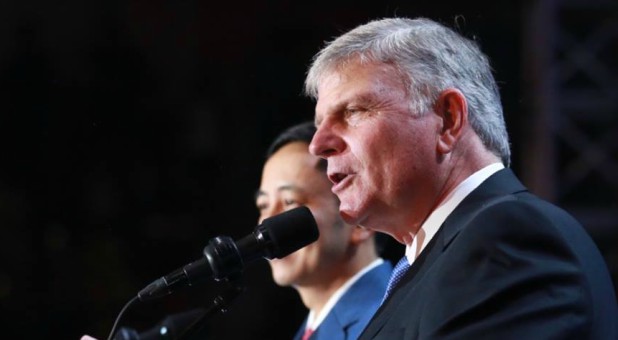 “It includes some numbers that should make us all sick to our stomachs,” Graham says. “This organization continues to thrive financially with the help of over $543,700,000 of U.S. Government funding for the 2016-2017 year. That’s about 1/3 of their total income. This money comes from the paychecks of taxpayers—incredible! Planned Parenthood’s annual report shows that they performed 321,384 abortions (murders)—roughly 83 abortions for every one adoption referral. Planned Parenthood and its advocates are powerful. Congress needs to do the right thing and defund this abortion machine. You can personally do something to help by calling or emailing your senators and representatives to say that you’re sick and tired of your money going to Planned Parenthood.”

Jessilyn Justice @jessilynjustice is the director of online news for Charisma.
Connect with God in a deeper way as you read His Word. Select Bibles are now 50% OFF plus Free Shipping and a Free Gift. Show me the Bibles!
Encounter the Holy Spirit and develop a relationship that saturates you in His peace, love and joy. Explore the Life in the Spirit Series.
FREE GIFT! Download Pastor Bill Johnson’s 40-page mini eBook, The War In Your Head, and unlock your supernatural lifestyle. CLICK HERE
Love For His People, Inc. founded in 2010 by Steve & Laurie Martin. Charlotte, NC USA