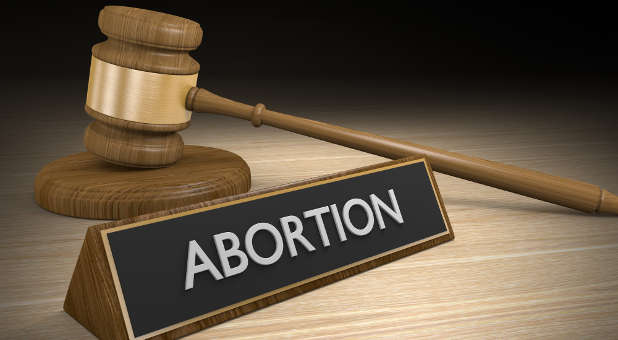 This Could Be the First State Without a Registered Abortion Clinic

1/5/2018 CBN NEWS STAFF
In just a matter of weeks, Kentucky could become one of the first states with no registered abortion clinics.
Thanks to Republican Gov. Matt Bevin, the EMW Women’s Clinic in Louisville could be forced to close its doors by the end of January.
Last year, the state shut down another EMW abortion clinic in Lexington after discovering that the clinic was masquerading as a doctor’s office and was performing abortions without a license.
According to Bevin’s administration, the Louisville clinic is not adequately prepared to help patients in the case of emergency complications.
In March, Bevin attempted to shut down the clinic by revoking its license, but the clinic filed a federal lawsuit to prevent the state from removing it.
A new Planned Parenthood facility in Louisville, which has been denied licensing, has joined EMW in the lawsuit.
“We’ve been doing this for 30 years so to all of a sudden say it’s not safe to have abortions anymore is crazy,” Donald Cox, a lawyer representing EMW, said.

A federal judge is expected to make a decision in the case by the end of the month, according to The Telegraph.
Doug Hogan, a spokesman for the Kentucky Cabinet for Health and Family Services, told CNN the regulations are about women’s health and safety.
“The Bevin administration is working diligently to protect the health, welfare and lives of women in Kentucky,” Hogan said in a written statement. “The statutory requirement for transfer agreements—which was enacted in 1998 and not questioned for 19 years—is necessary to ensure women have access to life-saving procedures in the event of an emergency.”
Bevin believes it is about protecting the sanctity of life.
“It is a state where the vast majority of Kentuckians value the sanctity of human life and want to protect it to the absolute degree possible,” Bevin said.
Kentucky, Mississippi, North Dakota, South Dakota, Wyoming, Missouri and West Virginia are the only states with a single standing abortion clinic left.
Reprinted with permission from CBN.com. Copyright The Christian Broadcasting Network, all rights reserved.