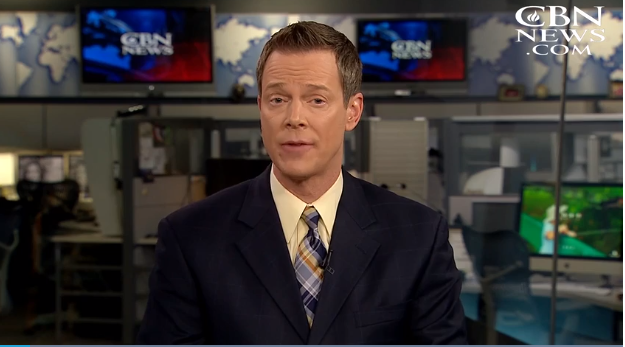 Iran Protests Revived: New Video Gives Inside Look at the Unrest
01-05-2018
CBN News
A new video has emerged giving an inside look at the protests in Iran.
Amateur video submitted to the Associated Press shows a demonstration by members of a volunteer force challenging the Islamic Republic’s government Thursday night.
Protestors are throwing objects at security forces who are standing on the roof of a burning building. You can hear them chanting against Iran’s Islamic leader, Ayatollah Ali Khamenei.
Related Expert: Iran has Freedom of Speech but No Freedom After Speech

Another video has been submitted by FreedomMessenger, an independent news agency that describes itself as “seeking complete change of the Iranian regime by reporting on the human rights situation in Iran.”
Protestors in that video could be heard shouting, “Death to Khamenei!” and “referendum, referendum, this is the slogan of the people.”
More rallies are planned for later today after Friday prayers.
Interior Minister Abdolreza Rahmani Fazli claims that 42,000 people at most took part in the anti-government protests.
The protests began last week over rising food prices and economic issues, quickly spreading into cities across nearly all of Iran’s  provinces.
The United States has called for an emergency meeting of the UN Security Council to discuss the ongoing unrest.
The Trump administration has acknowledged looking at ways to help Iranian protesters access social media, but hasn’t made any public decisions on how to do so.
Social media, including an app called Telegram, has become the sole means by which protestors are able to share videos and plan rallies.
Meanwhile, President Donald Trump has repeatedly tweeted praise for the protesters, infuriating Iranian officials.
So far, at least 21 people have been killed since the start of the protests last week.
Watch: HERE
Love For His People, Inc. founded in 2010 by Steve & Laurie Martin. Charlotte, NC USA