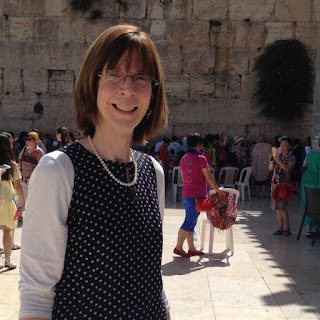 V’ahavta
וְאָהַבְתָּ    ‘And you shall love’
The Miracle of Hebrew
Hadassah from Jerusalem
Last week, my Grandson Moshe and I went on an exploring walk down Rehov Nevi’im (Prophet Street) We went to see the Ethiopian Church- a beautiful and historic structure. What we found across the alley was something that really made our day. We discovered the first home of the amazing pioneer, Zionist and ‘prophet ’~Eliezer Ben Yehuda.
Eliezer Ben-Yehuda, is known as the ‘Father of Modern Hebrew’. Quoting from his biography, “I read somewhere that we Jews speak seventy different languages, yet not one of us speaks our own language.”
Hebrew is the language of the Torah and only in the last 100 years the language of the Jewish people in Israel. The ‘resurrection’ of the Hebrew language as a daily language was brought about almost solely by this one man. 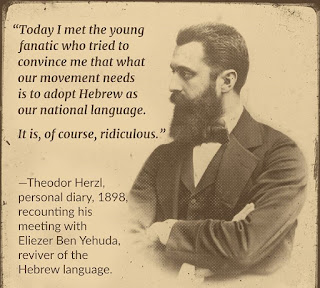 One of the first with a Zionist vision (even before Theodor Herzl), Eliezer Ben-Yehuda spent his life resurrecting the Hebrew language for the Jewish people to speak on a daily basis. He knew that the nation of Israel could never become a ‘country on its own’ if it did not have a common language.

When he arrived in what was then Palestine in 1881, Hebrew had not been the spoken language of the Jewish people since Bible times. Eliezer went against supreme opposition and persecution to bring to life the Hebrew language. Many believed that Hebrew should only be used in connection with the Torah. To use the ‘Holy Tongue’ for common dialogue was unheard of. Once he grasped the vision of a national tongue, Hebrew became the only language spoken in Eliezer’s home. He forbid for his son Ben-Zion to hear any other language. The task was daunting, but he gave his life to the task of making Hebrew available to everyone and within 40 years, succeeded. 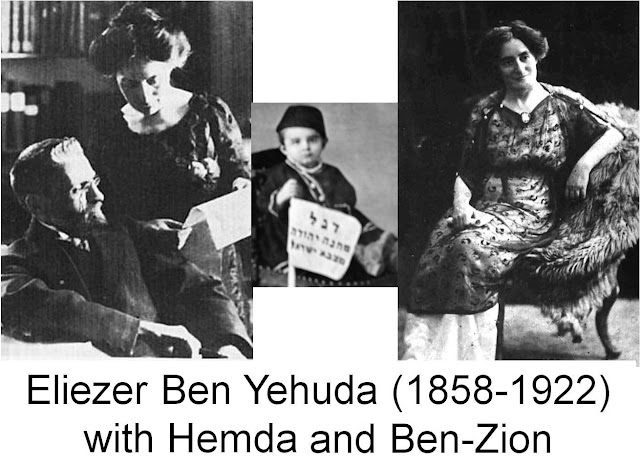 In 1922, Hebrew became the official language of the Jewish people in Palestine.

Hebrew defines the culture, the religious life, and the rich inheritance we have as Jews with a history that dates to Creation. With the promise of returning us from the four corners of the world, Hebrew unites the immigrants with the rest of the country and begins, after a manner, cleansing and washing the heart and mind of the diaspora. By embracing Hebrew, we embrace our true identity as People of the Book. The ones with whom God has made His Covenant.

Learning Hebrew is easier said than done for most people. But that story is for another post… 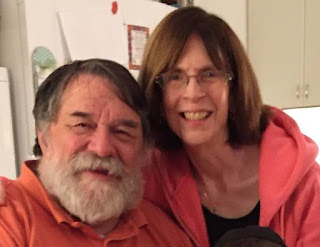 From the Editor (Steve Martin, Love For His People Founder):
If these messages have ministered to you, please consider sending a charitable gift of $10-$25 today, and maybe each month, to help us bless families as Hadassah’s in Israel, whom we consistently help monthly through our work. Your tax-deductible contributions receive a receipt for each donation. Fed. ID #27-1633858.
Secure, conveniently contributions can be done online now through our website using the DONATE buttons on either side column of our blog.
Contribution checks can be sent to:
Love For His People, Inc.
P.O. Box 414
Pineville, NC 28134
Todah rabah! (Hebrew – Thank you very much.)
Please share Now Think On This with your friends on Facebook, Google+, Twitter, Pinterest, Tumblr and LinkedIn.  We appreciate your help.